On April 6, natural gas processing and transport specialist Williams Partners (NYSE: WPZ) announced it was increasing its stake in Utica East Ohio Midstream LLC , from 49% to 70%, in a $575 million deal that might prove pivotal in helping the company and its general partner, Williams Cos. (NYSE:WMB), achieve their short-term dividend growth ambitions. 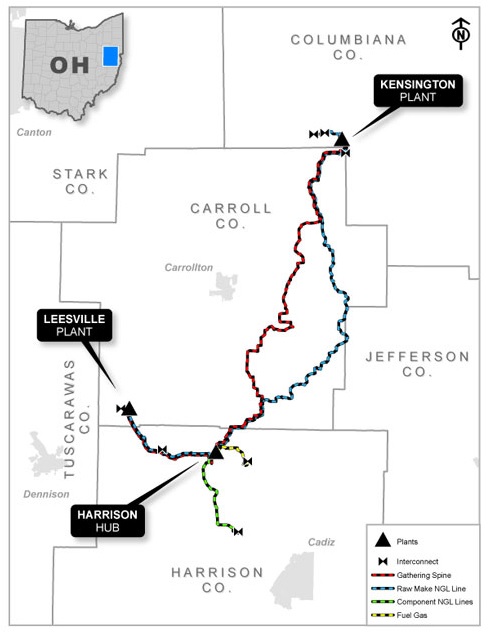 Utica East Ohio Midstream is a joint venture established in 2012 by M3 Midstream, Chesapeake Energy and EV Energy Partners. They plan to invest $900 million between 2012 and 2017 to create infrastructure capable of processing 600 million cubic feet per day of natural gas and fractionating -- separating out -- 90,000 barrels of natural gas liquids or NGLs, per day in the fast-growing Utica shale region.

Williams' 2014 $6 billion purchase and merging of Access Midstream Partners -- which was originally a Chesapeake Energy subsidiary -- into Williams Partners gave it a 49% stake in the venture. Williams is buying its additional 21% interest from a subsidiary of EV Energy Partners; as part of the deal -- which is expected to close in mid-July -- Williams Cos. will waive $43 million in incentive distribution rights over the next three years.

Why it matters to dividend investors
While this deal might seem like small potatoes compared to Williams' recent merger with Access Midstream, it actually represents an important step in the company's efforts to grow its presence in the hyper-prolific Utica shale region.

According to Williams Cos. CEO Alan Armstrong, "This fixed-fee business will be accretive to Williams Partners beginning in 2015 and the partnership has attractive growth opportunities as the Utica continues to develop." 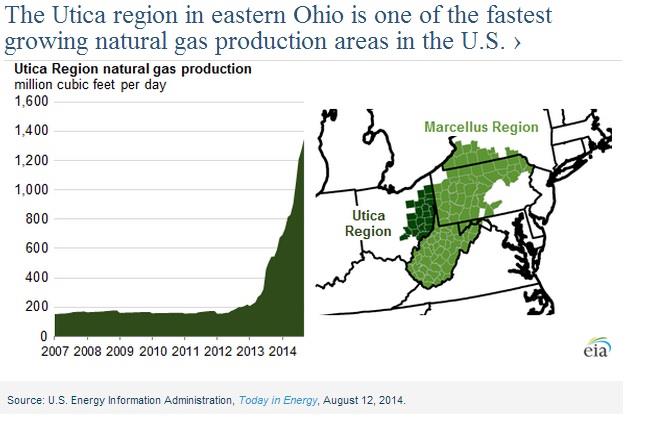 Not only is Williams' interest in expanding its Utica presence understandable on the basis of the formation's rapid gas production growth -- and thus its rapidly growing need for gas processing, storage, and transportation services -- but this deal also helps Williams to further branch out into the fast-growing NGL business. 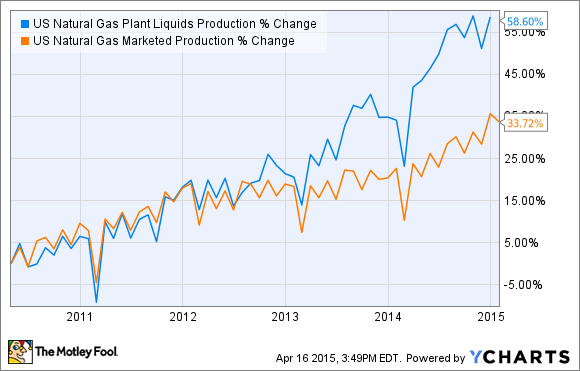 Booming U.S. natural gas production has led to increased production of NGLs such as ethane, propane, and butane, spurring the domestic petrochemical industry to invest $125 billion into expanding or constructing 148 chemical plants to turn cheap NGL feedstocks into high-margin products such as ethylene, detergents, plastics, and synthetic rubber.

Williams' deal thus serves as a one-two punch -- increasing its exposure to both Utica gas and NGL production -- and potentially helping it to make good on its stated dividend and distribution growth targets of 10%-15% and 7%-11%, for Williams Cos. and Williams Partners, respectively, over the next two years.

The takeaway: Williams' growth into Utica and NGLs represents long-term dividend growth opportunities
While megamergers might get the most headlines, it is often smaller deals such as this that truly show where management's priorities and growth strategies lie. This latest acquisition gives Williams an expanded presence in two fast-growing U.S. energy markets -- Utica natural gas production and NGLs -- and should bolster income-investors' confidence in the long-term growth prospects of both Williams Cos. and Williams Partners.