Please ensure Javascript is enabled for purposes of website accessibility
Log In Help Join The Motley Fool
Free Article Join Over 1 Million Premium Members And Get More In-Depth Stock Guidance and Research
By Evan Niu, CFA - May 20, 2015 at 7:00AM

Just hours after Carl Icahn speculated that Apple is preparing to enter the TV market, a fresh report shoots down that idea. 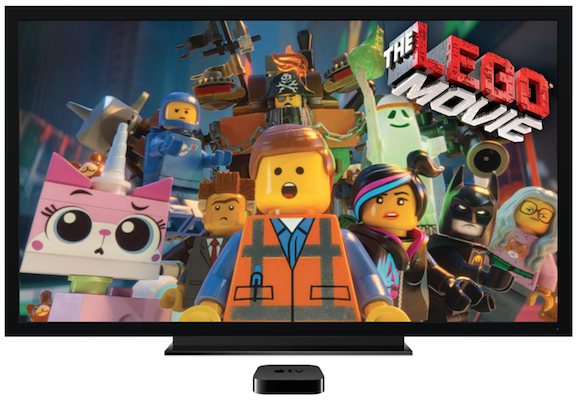 It's time to call it. The mythical Apple (AAPL -2.98%) TV set is dead. Well, it's dead to the extent that it was ever alive to begin with. While Apple has never officially acknowledged that it was interested in jumping into the hyper competitive TV market (how often does Apple tell you directly that it's working on something?), there has been plenty of evidence over the years that the Mac maker seriously considered it.

According to The Wall Street Journal, the company has abandoned its plans to build a high-definition TV set. To be clear, Apple did think long and hard about making such a product, reportedly researching the idea for almost 10 years. Technically, the project wasn't killed, but let's be realistic. Apple isn't making a TV.

R.I.P. Apple TV set. We hardly knew thee.
When Apple enters a market to disrupt the status quo, it needs a breakthrough innovation that differentiates itself while giving it stronger pricing power than incumbents. These innovations typically come in the form of interface paradigm shifts, like the iPhone's capacitive touchscreen.

However, the TV market is notorious for slim margins and rapid commoditization since TVs are inherently little more than large displays. There's simply not a lot of room to innovate or differentiate on the platform level. TV user interfaces absolutely have room for improvement, but there are some unavoidable limitations with trying to create a truly revolutionary TV interface.

Apple supposedly researched a wide range of display technologies that could potentially allow it to stand apart, and the company also considered adding FaceTime capabilities to the product. But video calling on a TV isn't a "killer app." It's not like people rush out to buy Microsoft's Xbox One primarily so they can Skype with friends and family.

Lacking any powerful differentiators and considering the high level of risk, Apple shelved the plans over a year ago, so says the WSJ.

Icahn now believes that Apple will enter not one, but two new markets in the coming years: the TV market and the car market. For the latter, Icahn thinks the Apple Car will be launched by 2020, in line with prior rumors. For this reason, he does not include any estimates in his model, which only goes through fiscal 2017. For what it's worth, Icahn now pegs Apple's valuation at $240 per share.

Saying "no" is one of Apple's greatest strengths
Apple has said numerous times that TV remains an "area of intense interest" and that it feels that it can contribute to the space. But the thing is that Apple can accomplish those strategic goals and reap the benefits without getting too deeply into the hardware side. Consumers are now willing to buy set-top boxes beyond the ones that cable operators provide, a stark contrast to how the market was just five years ago as Steve Jobs observed.

That increased propensity opens up the door for opportunities to innovate, and that's precisely what Apple is doing. The company is expected to release a new Apple TV set-top box next month at WWDC and is reportedly putting together its own slimmed-down subscription TV package. Who needs an Apple TV set?