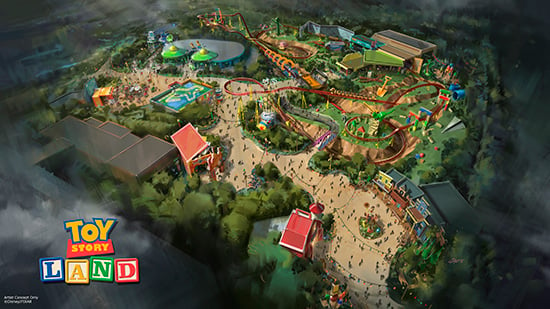 Walt Disney (DIS -3.20%) has been gutting Disney World's least-visited park, and on Saturday we got the first official glimpse into the replacements that will fill the void during the D23 expo. Star Wars Land and Toy Story Land will be added to Disney's Hollywood Studios in the coming years, probably with a name change for the park itself along the way.