Please ensure Javascript is enabled for purposes of website accessibility
Log In Help Join The Motley Fool
Free Article Join Over 1 Million Premium Members And Get More In-Depth Stock Guidance and Research
By Sean Williams, Todd Campbell, and Cheryl Swanson – Aug 20, 2015 at 7:03AM

Our analysts can't help but fall in love with these three biotech stocks.

One of the oldest Wall Street idioms is that you should "never fall in love with a stock." While we adhere to this idiom a good deal of the time, sometimes we just can't help but shoot Cupid's arrow in the direction of a company we believe has the tools to outperform for a very long time.

With that in mind, we asked three of our top healthcare analysts to share one biotech stock they've fallen head over heels for -- metaphorically speaking, of course. Here's what they had to say.

Todd Campbell
I can't help myself, I've fallen for Celgene (CELG) and perhaps you might fall for it, too. That's because Celgene isn't just a market-share-leading maker of oncology medicine, it's also one of the most shareholder-friendly biotechnology companies out there, returning 347% since 2010. 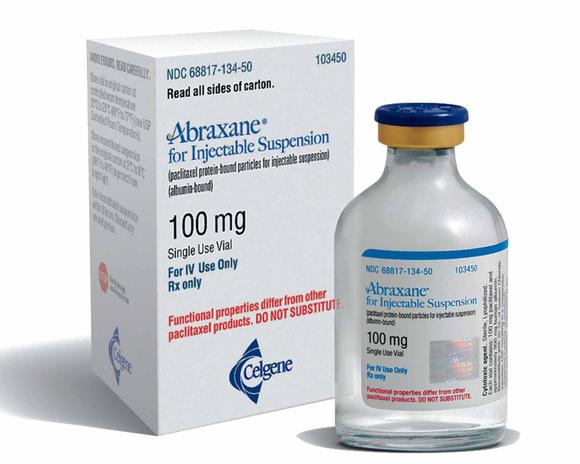 Across all of these medicines, Celgene expects to deliver sales and profits of at least $9 billion and $4.75 per share this year, respectively. If so, then there should be plenty of cash kicking around to keep buying back shares, investing in R&D, and gobbling up smaller companies, such as its recent purchase of promising MS drug developer Receptos.

Celgene's top tier product lineup has led to a bulletproof balance sheet, but what makes Celgene even more attractive to me is its long-term forecast.

In January, Celgene offered up guidance for sales of at least $20 billion by 2020, and last month, Celgene upped that estimate to $21 billion. Celgene also increased its 2020 earnings forecast from at least $12.50 per share to $13 per share. Although a lot can go wrong between now and then, a forecast like that suggests I'm justified in wanting a long-term relationship with Celgene's shares.

Cheryl Swanson
Gilead Sciences (GILD 1.02%) is a stock I've changed my mind about recently. Like my spouse of 19 years, I've come to realize Gilead is no flash in the pan -- it's a keeper.

Backlash from payers and competition from rival drugs have made this stock volatile. Yet -- despite all the fuss -- Gilead now has a 90% market share in hepatitis C patients. Meanwhile, the stock trades at 10.4 times forward earnings, making it one of the cheapest biotechs you can buy.

Last quarter, Gilead not only crushed analyst expectations, it raised revenue and lowered expense guidance. You can't ask for better than that. The outlook was raised from $29 billion to $30 billion for full-year 2015. The lower end of its full-year profit margin forecast was raised to 88% from 87%, while the top end was left unchanged at 90%.

But what makes Gilead truly extraordinary is how it has revolutionized whole segments of healthcare. And it's done so at an amazing pace thanks to scarily smart acquisitions. The recent acquisitions of EpiTherapeutics and Phenex Pharmaceuticals are likely just priming the pump. With a cash hoard of over $14 billion and a knack for knowing what company owns the next world-beating drug, Gilead is a stock to keep from now until your golden years. What's not to love?

Sean Williams
As for me, I'm going to show some love to the midcap biotech space and point Cupid's arrow at Medivation (MDVN).

The mantle piece for Medivation is cancer drug Xtandi, which was developed in collaboration with Astellas Pharma. After being approved by the Food and Drug Administration nearly three months ahead of its PDUFA decision date in 2012 as a treatment for previously treated patients with metastatic castration-resistant prostate cancer, Xtandi achieved a potentially more lucrative label expansion last year when it was given the green light by the FDA as a first-line indication prior to chemotherapy.

The PREVAIL trial demonstrated that Xtandi reduced the risk of death by 29% and radiographic progression by 83%, while delaying the median time mCRPC patients had before beginning chemotherapy by a whopping 17 months, or close to triple the time compared to the placebo.

This statistically significant improvement in the second most-commonly diagnosed cancer type has meant big bucks for Medivation and its partner Astellas. In the first quarter, Medivation announced that total Xtandi sales grew 161% year over year in international markets, and rose 6% in the U.S., largely due to a 9% reduction from negative currency translation.

Though competition may remain fierce in mCRPC, Xtandi looks like it'll remain a star for years to come, and that could mean big gains for Medivation as demand for Xtandi grows.

Cheryl Swanson and Sean Williams have no position in any stocks mentioned in this article. Todd Campbell owns shares of Celgene and Gilead Sciences.

The Motley Fool owns shares of and recommends Celgene and Gilead Sciences. Try any of our Foolish newsletter services free for 30 days. We Fools may not all hold the same opinions, but we all believe that considering a diverse range of insights makes us better investors. The Motley Fool has a disclosure policy.