Japanese game publisher Square Enix recently killed off Dive In, the cloud-gaming service it unveiled at the Tokyo Game Show last October. The subscription-based service was available for iOS and Android devices, but never launched outside of Japan. Due to sluggish user growth, Square Enix will shutter the service on September 13. 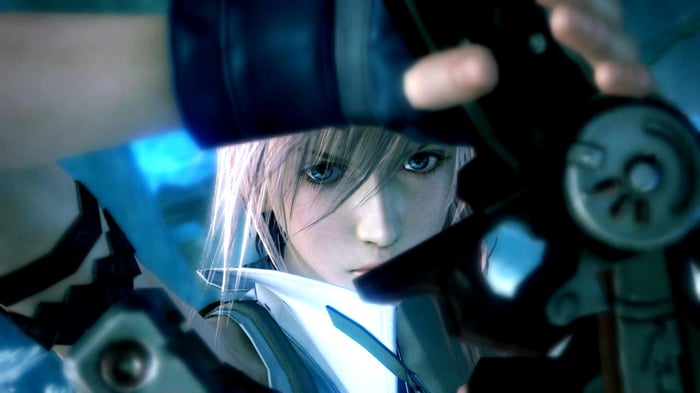 Final Fantasy XIII, one of the first Dive In titles. Source: Square Enix.

This flop indicates that cloud gaming might not be ready for prime time just yet. What would that mean for Sony (NYSE:SONY) and Nvidia (NASDAQ:NVDA), which are both expanding into cloud gaming with services of their own?

The challenges of cloud gaming
With cloud gaming, a game on a remote server is streamed back to devices like an interactive video. Cloud gaming supporters believe that this shift will convince gamers to stream their games, instead of downloading and installing them.

Cloud gaming faces several major hurdles. A tiny bit of lag might go unnoticed in a streaming movie, but it could cause lots of frustration in video games. In a recent VGI (Video Games Intelligence) survey, two-thirds of respondents thought technological challenges like latency could hold back cloud-gaming services.

If cloud-gaming providers stream games like movies, they'll also have to pay content licensing costs to publishers. This could cause subscription or a la carte prices to become unreasonably high in comparison to simply purchasing the game. Despite those challenges, 63% of respondents in VGI's survey still believe that mass adoption of cloud-gaming platforms could occur within the next three-to-five years.

With PS Now, Sony is transforming the PlayStation brand from a hardware console into a streaming service that can be accessed from multiple platforms. PS Now games can be streamed from the PS3, PS4, PS Vita, PS TV, and select smart TVs. The current library consists of PS3 games, but Sony plans to add PS4 titles in the future. All-access subscriptions cost $20 per month, or $45 for three months.

With many games now appearing across multiple platforms, and bandwidth speeds rising, it's likely that cloud-based subscriptions will rise as a la carte game sales decline. When that shift happens, sales of traditional consoles like the PS4 and Xbox One could get hurt. Therefore, it's possible that PlayStation will be known as a game-streaming platform in the future instead of a physical console.

What does cloud gaming mean for Nvidia?
On the PC front, Nvidia has been a big believer in cloud gaming. Last November, it launched its cloud-gaming platform GRID, which is offering 45 titles for free until September. Nvidia hasn't announced pricing plans yet, but it's expected to cost roughly the same as PS Now.

GRID is integrated with Shield Hub, an app which only runs on Nvidia's Shield portable, gaming tablet, and set-top box. The Shield devices are all powered by Nvidia's Tegra mobile processors. Tegra sales, which accounted for 11% of Nvidia's top line, to decline 19% annually last quarter.

A few years down the road, that gap will likely narrow as games become as easy to stream as videos. Competition will cause costs to decline, and the idea of "owning" physical or digital games could become an outdated concept. When that happens, Sony and Nvidia could have a nice head start over their respective industry rivals.