The southern fried chicken and biscuits chain weathered a dismal month, but a reasonable valuation to peers may point to more stability ahead. 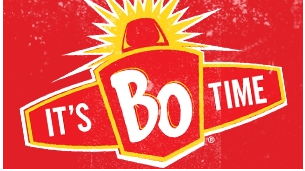 What: Shares of Bojangles (BOJA) fell 16.7% during August, according to S&P Capital I.Q. data.

So what: Bojangles, the Charlotte, N.C.-based franchise purveyor of  "Famous Chicken 'n Biscuits," released a credible second-quarter 2015 earnings report on August 6, highlighted by a year-over-year revenue increase of 13.1%. Yet systemwide comparable-restaurant sales rose only 4.4%, versus the increase of 7.9% reported in the first quarter, Bojangles' first reported quarter as a public company. This evidence of slowing growth appeared to jar investors' confidence, and in the last two-thirds of the month, Bojangles' stock price steadily deteriorated.

August proved to be a difficult month in general for equities, as the S&P 500 Index lost a total of 6%. Fast-casual restaurants felt a disproportionate amount of pain, as investors have steadily bid up these investments over the last year in a rush to find the next explosive-growth restaurant chain.

Some of this sector-based selling pressure undoubtedly influenced Bojangles' stock, yet the decline has interesting implications for its valuation. During August, the market shaved Bojangles' earnings multiple from roughly 33 to 28 times forward one-year earnings.

Bojangles, which describes itself as having characteristics of both a fast-casual and quick service restaurant, now trades more like a quick-service operator -- its price-to-earnings ratio is in line with Wendy's, which investors value at 27 times forward one-year earnings. Compare this to the valuation multiples of Bojangles' recent IPO peers: Zoe's Kitchen, Shake Shack, and The Habit Restaurants, which trade at the perhaps-implausible forward one-year earnings multiples of 216, 185, and 83, respectively. Compared to these competitors, Bojangles' current valuation seems fairly grounded.

Now what: Bojangles is maintaining a reasonably brisk expansion course for the remainder of the year. With its August earnings release, management pushed up guidance for the number of systemwide restaurants the company plans to open in 2015 to between 59-63, from an earlier estimate of between 50-57. While it is planning for systemwide comparable sales in the low to mid-single digits, the executive team has raised its 2015 revenue estimate slightly, to between $483.5 million-$487.5 million from a previous range of $480.0 million-$487.0 million.

With its decades-long track record of steady growth and a compelling valuation vis-a-vis its competitors, Bojangles' recent stock decline isn't necessarily a portent of further selling to come. And if the market cooperates, shareholders may see some stabilization this fall.