Please ensure Javascript is enabled for purposes of website accessibility
Log In Help Join The Motley Fool
Free Article Join Over 1 Million Premium Members And Get More In-Depth Stock Guidance and Research
By Brian Feroldi - Sep 11, 2015 at 7:01AM

Castlight Health continues to be a poor investment, but could we be finally reaching a bottom?

What: Shares of Castlight Health (CSLT), a cloud-based software provider focused on enterprise healthcare management, had an awful month as its share price sank more than 25% in August, according to S&P Capital IQ. 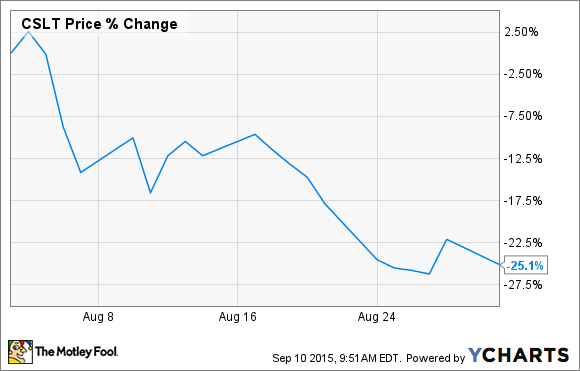 So what: The company reported second-quarter earnings during the month, and overall the results looked quite good. Revenue rose by 76% over the year-ago period, landing at $18.5 million, which was slightly above analyst expectations of $17.8 million. Non-GAAP gross margins jumped to 58.3%, up nicely from the 32.6% recorded last year, showing that, as the company adds scale, it can improve its margins. Net loss per share came in at $0.19, which was a penny worse than analysts expected.

Beyond the number, Castlight reported that more than 10% of the Fortune 500 is now using Castlight's technology, a great sign for investors as it shows that big companies are interested in its offerings.

So if the results looked good, why did the stock take a beating? It all looks to be related to guidance. For the third quarter, management predicts it will generate between $19.2 million-$19.5 million in revenue, which is lower than the $19.77 million that analysts were projecting. For a small-cap company that is still in high-growth mode, sales growth is king, so seeing a number that falls below expectations caused investors to sell off the shares.

Now what: Castlight Health has been a nightmare stock to own ever since it first became available to the public, as investors who got in at the IPO have been forced to watch their investment be whittled down by a gut-wrenching 86%! 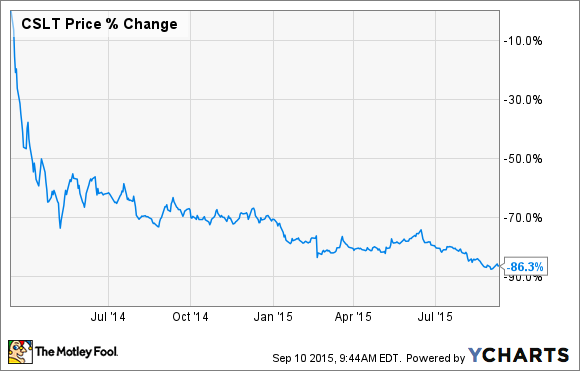 However, almost all of this fall can be attributed to how extremely overvalued the company was when it first hit the market, and now that shares have fallen so much, it is finally trading at a price-to-sales ratio under 10. 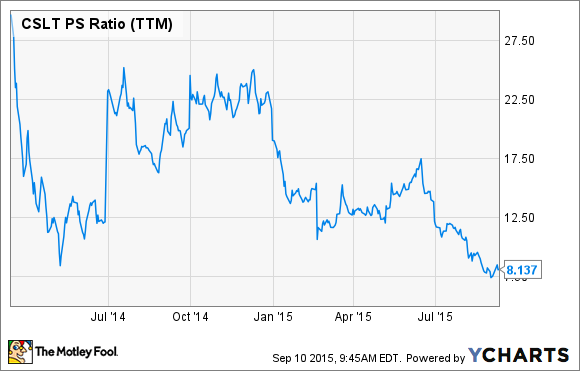 While that valuation can hardly be considered cheap, the stock might finally be getting to a valuation where investors' expectations are more closely aligned with reality, meaning that the stock price may be able to start going up if the company continues to execute.

Castlight Health has been no fun to own for a long time, but almost every business can become a decent investment if the price is right. Is Castlight finally there? It's tough to know for sure, and trying to call a bottom in a stock that has done nothing but go down is a fool's game that we don't play here. But given how far this stock has already fallen, I think it's fair to say that we are a lot closer to a bottom now than we have ever been. Still, I've personally been cut too many times as I try to attempt to catch a falling knife, so I'll be keeping my investment dollars far away from this name.