Last February, Disney (DIS -4.46%) launched Disney Movies Anywhere, an iTunes- integrated app which let customers organize, watch, and find Disney, Pixar, and Marvel films. The app automatically created a library based on iTunes purchases, helped customers find new movies through an online catalog, and let owners of the physical discs download digital copies. Since then, the service has launched on Google Play and Vudu, and also works with mirroring solutions like AirPlay and Chromecast.

Therefore, it wasn't surprising when Disney recently announced that it would launch the app for Microsoft's (MSFT -0.79%) Xbox 360, Amazon's (AMZN -3.44%) Kindle tablets and Fire TV devices, Android TVs, and Roku streaming devices. Amazon and Microsoft customers don't have to download Disney's stand-alone app to access the service. Amazon customers can watch their Disney movies directly through Amazon Video, while Microsoft customers can do the same on its Movies & TV service for Windows and Xbox devices. Disney claims that these partnerships will help it reach 90% of its digital retail market, and can help it capitalize on the growth of streaming services.

Why this matters to Disney
Unlike Netflix (NFLX -4.58%), which charges $8 per month for unlimited streaming, Disney sells movies on an a la carte basis. But once the movies are purchased, they can be watched repeatedly across multiple devices. Letting owners of physical copies download the digital copies also gives customers a reason to purchase DVD or BluRay discs.

Five years ago, CEO Bob Iger recognized that sales of DVDs were falling due to the rise of streaming video. This led to hundreds of job cuts at the company's home entertainment department to reduce the production of physical discs. Last quarter, Disney's home entertainment revenue fell 29% annually and accounted for 14% of its Studio Entertainment revenue. However, stronger growth at its theatrical and TV/SVOD segments easily offset that loss and boosted the unit's total revenue by 13%. Disney Movies Anywhere should ensure a smoother transition between declining physical disc purchases and rising digital downloads.

Disney Movies Anywhere can also address concerns about streaming services hurting cable networks business. Last quarter, Iger stated during the conference call that ESPN lost subscribers, presumably due to the rise of streaming services like Netflix. That statement sparked a steep sell-off in the stock, since Disney's cable operations generated nearly half of the company's operating income during the quarter. But with Disney Movies Anywhere, the company can piggyback off multiple streaming platforms while selling a la carte content.

Disney's defense against streaming
Disney Movies Anywhere only represents one way for the company to evolve its media business model. Nearly three years ago, the House of Mouse signed a deal which made Netflix the exclusive streaming provider for movies from all Disney's studios starting in 2016.

The deal also gave Netflix access to exclusive Disney content every year. Over the past three years, Netflix members received a catalog of Disney films, an exclusive season of Star Wars: The Clone Wars, and Daredevil, the first of four Marvel TV series produced for the streaming service. Next year, Disney's movies will become available on Netflix only a few weeks after their theatrical runs end. 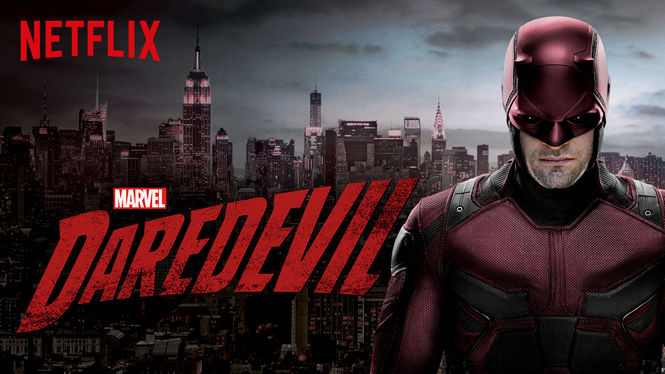 The terms of the deal weren't disclosed, but Wedbush Securities analyst Michael Pachter expects Netflix to pay Disney about $300 million per year. Both Netflix and Amazon also pay Disney licensing fees for ABC and Disney Channel TV shows. This means that Netflix and Amazon's growth actually benefits Disney, although both are still considered threats to its core cable networks.

Earlier this year, Disney partnered with DISH Network (DISH -0.97%) to offer a streaming version of the network to its Sling TV subscribers. It's unclear if Disney will ink similar deals with other streaming services or launch a stand-alone service, but the DISH partnership helps ESPN maintain a presence among streaming customers.

The key takeaways
Since Disney's media business consists of so many moving parts, it's important for the company to maximize the profitability of its franchises by targeting different customers. Disney Movies Anywhere targets customers who want to own Disney, Pixar, Marvel, or Star Wars movies and watch them repeatedly. It can boost DVD sales and increase its presence across mobile and cloud-based devices.

Through content licensing deals with companies like Netflix, Amazon, and DISH, Disney leverages the popularity of its movies and shows to secure multi-year content licensing deals. Whether or not these agreements can offset the impact of cord cutting remains to be seen, but it's a smart way to spread its bets across the streaming market.