In the near term, all eyes will be on Tesla's (NASDAQ:TSLA) production ramp-up of its Model X SUV and the development of its lower-cost Model 3, which is slated for a 2017 launch. But for buy-and-hold investors concerned with more than the near-term outlook, there is one key catalyst gaining steam: Tesla's China business.

An unimpressive start
When Tesla first entered the China market in 2014, it was overoptimistic about its prospects there. After management underestimated the volume of reservations made by scalpers, as well as some public relations missteps related to how the company described the charging experience to potential customers, the key auto market ended up being the first region where the electric-car maker had excess inventory.

Tesla CEO Elon Musk admitted in January 2015 that sales in China had been "a lot weaker than expected." The company's poor start in China was a far cry from the prediction -- made by its former vice president of China operations, Veronica Wu -- that the market would account for a third of the company's sales growth .

Since this slower-than-expected start, Tesla's China market has received little attention in the media. But, meanwhile, Tesla has been quietly making formidable investments, growing sales, and increasing orders in the country.

Tesla's China ramp
Here's a timeline of updates on Tesla's China market since the topic fell out of the limelight:

Despite initial challenges in China, we remain convinced of the vast potential of this market...

While we still have work to do in China, we saw encouraging signs of a return to growth in orders there as well.

Finally in Asia, Q2 Model S orders nearly doubled from last quarter, helped by the initial success of our revised China strategy. Given this improvement, we are increasing our investments in China by planning to grow this year from one to five retail stores located in high foot traffic areas.

In China, our newest major market, Q3 Model S orders increased substantially from Q2, due in part to the opening of two new retail locations. We expect order growth in China to remain strong with more store openings and the recent policy changes in Beijing and other major cities that allow buyers of Tesla vehicles to bypass license plate restrictions. 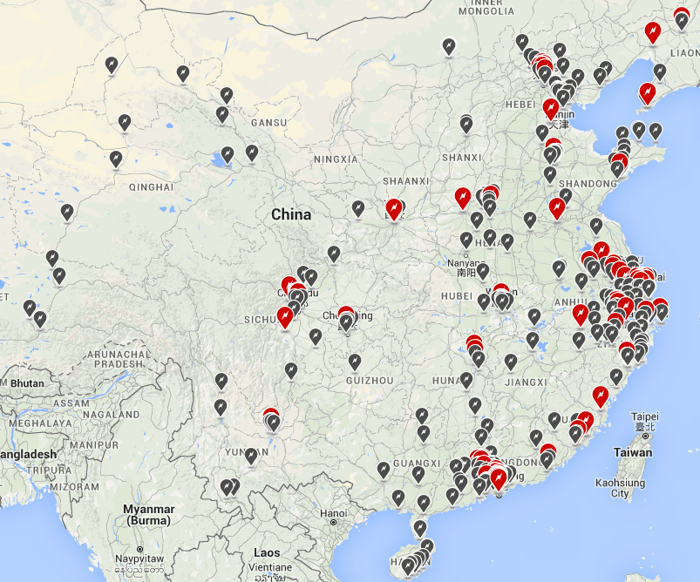 Not only have sales and orders been growing in China, but Tesla management remains confident about the market's potential over the long haul. The company said in its most recent 10-Q filing that despite the "initial challenges in China... we believe that China could be one of our largest markets within a few years."

Given how significant Tesla's ramp-up is in the crucial market, investors should keep a close eye on its expansion in China going forward.