Profit growth of 300% (or more) over a four-year period is quite rare, but these three growth stocks are on pace to do just that. 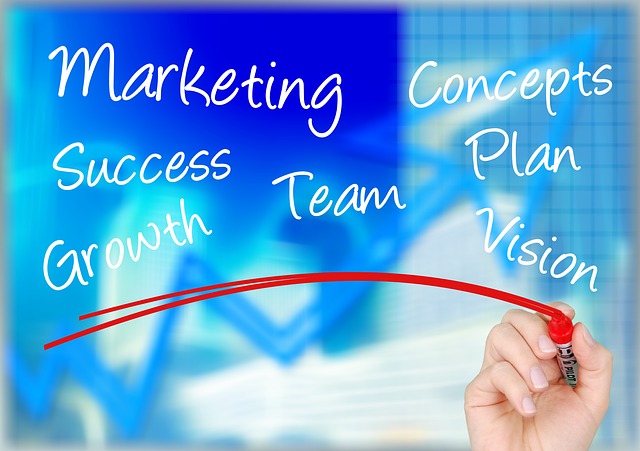 With the bull market moving well into its sixth year, growth stocks continue to outperform relative to value stocks, albeit with bouts of increased volatility -- according to Barron's, growth stocks handily outperformed value stocks in the first-half of 2015. However, with U.S. economic growth looking tepid at best in the coming months, now might be a good time for investors to seek out companies with superior growth prospects.

But finding companies with superior growth prospects is easier said than done! There are no shortage of companies expected to grow in the coming five-year period, but finding businesses with sustainable long-term momentum can be tough. After all, investors are looking for growth that isn't just a flash in the pan.

Three growth stocks whose profits could quadruple by 2018
Utilizing a stock screener, I aimed to find companies (market value $2 billion and above) with the strongest long-term growth projections that also had intriguing and sustainable business models. Three names stood out from the crowd -- and all three are expected to at least quadruple their EPS between what they reported in 2014 and what Wall Street projects they'll earn in 2018.

As always, keep in mind that growth projections are exactly that, projections, and other variables will almost assuredly tweak those estimates either up or down in the coming years. You'll want to conduct your own research into these companies to determine if they fit with your investment style, risk tolerance, and goals.

Molina Healthcare (MOH -0.54%)
Drug developers are what you might have expected to see on this list considering the strong pricing power of branded drugs, but it's health-benefits provider Molina Healthcare that looks to be one of the strongest growth stocks in the healthcare sector.

What's the impetus for such strong growth? Look no further than the Affordable Care Act, which you probably know better as Obamacare. For decades Molina Healthcare has focused on government-sponsored members, or consumers whose medical care is being financially supported by the government. Medicaid patients are Molina's bread and butter, and the expansion of Medicaid programs in 30 states has provided a substantial boost to the company's bottom-line. Medicaid patients may not generate the highest margins, but the government is a guaranteed payer, and there's certainly strength in numbers to be had here for Molina.

Beyond just the expansion of Medicaid, we're also witnessing Molina expand into the individual market on Obamacare's exchanges. Molina doesn't have prior experience on the individual insurance market, so it's a bit uncertain if it'll be a success. However, it did end the third quarter with 226,000 marketplace enrollees, or a little more than 2% of all paying marketplace enrollees, so it must be doing something right.

As long as Obamacare remains the law of the land, Molina looks to be a big beneficiary.

Kate Spade (KATE)
No, your eyes are not deceiving you -- a retail stock is among the market's strongest growth stocks. Retail is known for its fickle customers and rapidly changing trends, but posh handbag and accessories retailer Kate Spade is looking to grow despite the skeptics. According to Wall Street's estimates, Kate Spade is expected to grow sales to $2 billion in 2018 from $1.1 billion last year, while its EPS jumps to $1.25 by 2018 from just $0.25 in 2014.

How will Kate Spade achieve such phenomenal and sustainable growth? The big secret is that it's still a relatively small company despite its arguably aggressive $2.7 billion valuation. In North America Kate Spade ended the third quarter with only 101 specialty retail stores and 63 outlet stores, an increase of 17 specialty stores and seven retail outlets from the prior-year period. The ability to boost its square footage by 15%-20% per year will allow its top-line and profits to grow at a phenomenal pace. It also doesn't hurt that comparable-store sales excluding direct-to-consumer grew by nearly 11% in Q3.

Kate Spade also has the opportunity to grow its brand in the international market. For the time being it has 20 specialty retail stores, 52 concession stands, and 13 outlets beyond the North American borders. As a highly sought after brand-name product whose price isn't out of reach for the middle-class consumer, it could prove quite success in Latin America and Asia.

Even accounting for a cost-conscious and fickle consumer, I'd argue that Kate Spade looks to be an intriguing company that investors should be watching in the retail sector.

How exactly does Twitter expect to keep up its explosive growth prospects? It'll mainly come down to how attractive Twitter remains for consumers and advertisers. Twitter is no Facebook, so we'll go ahead and get that out of the way. Instead, Twitter is going to focus on ways to improve engagement with its users. This includes the use of real-time video within its feeds and updates to its mobile timeline, such as "while you were away" highlights that'll be relevant to the user. If Twitter can boost engagement, it'll likely find itself boasting better advertising pricing power.

Twitter can also use its acquisitions to drive growth. Of particular interest is Twitter's buyout of Vine three years ago, the video-sharing company that totaled 200 million active users as of August 2015. As of January 2015, some 1.5 billion Vine loops were being played daily, giving Twitter an opportunity to monetize those impressions to boost ad revenue and perhaps tie Vine in with its other social media platforms over time.

I believe #stronggrowthstock says it all.

The Motley Fool owns shares of and recommends Facebook and Twitter. Try any of our Foolish newsletter services free for 30 days. We Fools may not all hold the same opinions, but we all believe that considering a diverse range of insights makes us better investors. The Motley Fool has a disclosure policy.