Disney (NYSE:DIS) and Nintendo (OTC:NTDOY) are teaming up to launch a new e-sports special called Clash of Karts: Mario Kart 8 on Disney XD. The show, which will air on Dec. 5, will feature "eight of America's best young gamers" who will team up with various YouTube stars in a one-hour Mario Kart 8 competition. 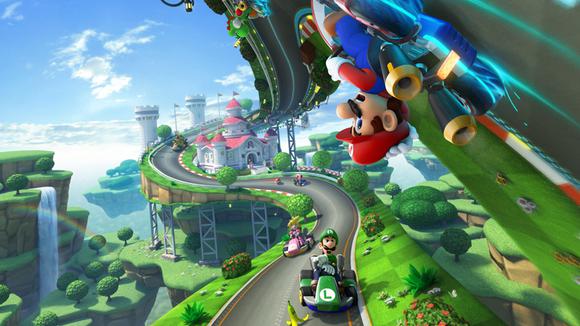 These events highlight the growing importance of the e-sports industry and represent new avenues of growth for Disney, which relies heavily on traditional sports broadcasting through ESPN, and Nintendo, which has often been criticized for being stuck behind the technological curve in gaming.

What e-sports mean to Disney
Research firm Newzoo estimates that the size of the e-sports market will more than double from $194 million in 2014 to $465 million in 2017. That may be tiny compared to the traditional sports industry, which is worth around $124 billion, but it represents an interesting pocket of growth that could prove valuable to Disney.

The company recently revealed that its number of ESPN/ESPN2 subscribers fell from 95 to 92 million over the past year due to cord cutting. Domestic subscribers at Disney XD, which mainly targets children, slipped from 80 million to 78 million. Those losses are especially troubling as Disney's cable business generated nearly half of its operating income last quarter.

Meanwhile, e-sports viewership has been rising. Newzoo estimates that the number of e-sports fans worldwide will rise from 226 million today to 323 million by 2018. While it's unlikely that broadcasting a few e-sports events on Disney XD will prevent cable subscribers from cutting the cord, it can complement the digital expansion of Disney's cable networks onto other platforms like PCs, mobile devices, and set-top boxes. That expansion could set the stage for standalone spin-offs of the individual networks as subscription-based streaming services.

Other Disney XD e-sports shows
In addition to its two e-sports specials with Nintendo, Disney XD recently renewed its live-action comedy series, Gamer's Guide to Pretty Much Everything, which tells the story of a former pro gamer forming a gaming team to enter an e-sports championship. According to Nielsen ratings, the show is the network's second top-rated live-action original series of all time among boys between the ages of two and 11.

Gamer's Guide to Pretty Much Everything. Source: Disney XD

Another Disney XD show, Gaming Show (In My Parent's Garage), stars three teens hosting game reviews, playthroughs, interviews, and celebrity visits in a gaming garage. These shows indicate that Disney believes that video game-oriented programs could prop up Disney XD's ratings and subscriber numbers. Therefore, Disney XD's partnership with Nintendo, which has a solid reputation as a family-friendly gaming brand, looks like a solid fit.

However, Disney has encountered fierce resistance in introducing e-sports to ESPN, where many employees and fans have dismissed e-sports tournaments as "competitions" instead of "real" sports. Despite those protests, ESPN2 hosted a college-level telecast for Activision Blizzard's Heroes of the Storm, entitled Heroes of the Dorm, earlier this year. It also started opening up e-sports job positions in September, suggesting it was finally planning a shift toward more mainstream e-sports competitions.

Nintendo gets some positive publicity
Over the past few years, Nintendo was harshly criticized for producing lower-powered hardware, using nonstandard controllers, and being behind the technological curve in terms of multiplayer and mobile gaming. The company's stock perked up earlier this year after Nintendo announced plans for its first mobile games, but those titles won't arrive until 2017.

Nintendo also failed to understand the concept of gaming as a spectator sport, which most publishers consider to be free advertisements for their games. But last year, Nintendo started forcing its YouTube gamers to take their gameplay clips offline, claiming that it was entitled to a cut of their ad revenue. Nintendo then required content creators to place ads at the beginning and end of their videos, with the ad revenue being split between Nintendo and YouTube instead of the content creator.

A win-win situation
Disney and Nintendo's e-sports partnership is a smart move, but it won't solve either company's problems overnight. Focusing on e-sports might bolster Disney XD's appeal among its core demographic, but it's unlikely to curb subscriber losses entirely. Nintendo will gain some good publicity through Disney XD, but it also won't help the Wii U catch up to the market-leading PlayStation 4 anytime soon.