The wine, beer, and spirits distributor reported another quarter of commendable growth last week. We take a look at where the company is investing its increased profits and cash flow. 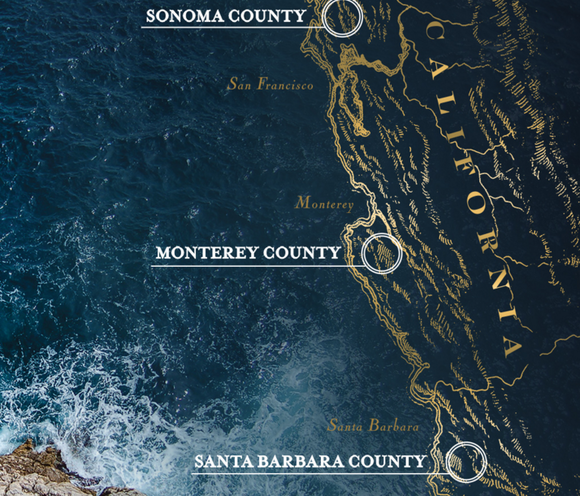 Global wine, beer, and spirits wholesaler Constellation Brands (STZ 1.62%) released fiscal third quarter results last week, and the report revealed that the company continues to benefit handsomely from its 2013 acquisition of Anheuser Busch Inbev SA's (BUD 0.84%) Mexican beer portfolio. Revenues climbed a solid 6%, and operating income increased two percentage points, to 29% for the quarter, after adjusting for costs of acquisitions over the last two years. Cash flow, which has turned out to be one of the greatest benefits of the beer business purchase, continues to grow markedly. In the first nine months of 2015, Constellation Brands produced $1.1 billion of operating cash, an expansion of 46% over the same period in 2014.

Constellation also unveiled plans for a new brewing plant to be located in Mexicali, Mexico, close to the California border. At a projected price tag of $1.5 billion, this plant will boast a total initial capacity of 10 million hectoliters, with room to scale up to 20 million hectoliters. The plant's first 5 million hectoliters will come online by fiscal year-end 2019.

During the company's quarterly call with analysts last week, CEO Rob Sands clarified that the new plant would provide for volume growth, but also supplement the primary Nava facility's production. This ensures that Nava will run at "more normalized production levels, as opposed to absolutely flat out, which isn't the best way to run a brewery."

Building on market demand, literally
This quarter's results and expansion announcements illuminate Constellation's recent business strategy. After acquiring high demand assets which most of us would recognize in extremely popular Mexican beer labels such as Corona, Modelo, Victoria, and Pacifico Claro, the company has poured in billions in capacity enlargement in order to realize the full potential of its investment. Constellation's purchase of its Mexican beer portfolio totaled $5.2 billion, with the majority of the money going to the purchase of intangibles, such as perpetual rights to produce and market the brands worldwide.

By the end of the 2016 fiscal year, Constellation will have allocated $1.5 billion in capital expenditures to its beer business, between upgrading the Nava plant, breaking ground on the new Mexicali facility, and investments in a glass bottling joint venture with  Owens-Illinois Inc (OI 3.12%). And by the end of fiscal 2021, the company will have tallied $4.5 billion in capital expenditure related to beer production, nearly matching its original investment dollar for dollar.

Thus, phase two of the beer portfolio acquisition can be thought of as undergirding the intangibles with capital expenditure. Essentially, Constellation is leveraging its cash flow now to improve capacity, so that it can absorb as much demand as it can create for the Mexican labels over the next five years.

Paying attention to both sides of the business
This ambitious and deft handling of beer assets hasn't distracted management from the other half of Constellation's business, which is comprised of wine and spirit sales. Last August's acquisition of luxury wine brand Meiomi was cited by management as a primary driver behind the wine and spirits segment's gross profit improvement of $31 million during the third quarter, and its gross margin expansion of nearly two percentage points, to 43.6%.

Meiomi's pinot noir offering was already a highly rated and fast selling wine before Constellation purchased the company last year for $315 million. But dropping this brand into the stream of Constellation's marketing and distribution channels has sparked further impressive growth. The company reported a 50% depletion rate (the rate at which a beverage's inventory is depleted by distribution demand) for the pinot noir label in Q3 2015.

Both the Meiomi purchase and the Mexican beer acquisition show that Constellation's management team has a shrewd eye for products which consumers thirst greatly for (please overlook the stale pun). The executive team is also building a track record of diligently maximizing the potential of acquired brands after completing transactions.

The organization hopes to replicate this success with its recent purchase of high end craft beer maker Ballast Point Brewing & Spirits, an acquisition that I've argued may be overpriced. Management believes the growth potential of this brewery justifies a steep purchase multiple. As the quarters roll by this calendar year, investors will be able to see if Constellation's "invest and scale up" strategy proves them right on this latest portfolio enhancement.

Asit Sharma has no position in any stocks mentioned. The Motley Fool recommends Anheuser-Busch InBev NV. Try any of our Foolish newsletter services free for 30 days. We Fools may not all hold the same opinions, but we all believe that considering a diverse range of insights makes us better investors. The Motley Fool has a disclosure policy.