Please ensure Javascript is enabled for purposes of website accessibility
Log In Help Join The Motley Fool
Free Article Join Over 1 Million Premium Members And Get More In-Depth Stock Guidance and Research
By Jordan Wathen - Jan 18, 2016 at 11:19AM

Ares Capital shares have plummeted to kick off 2016. Here are the bull and bear views. 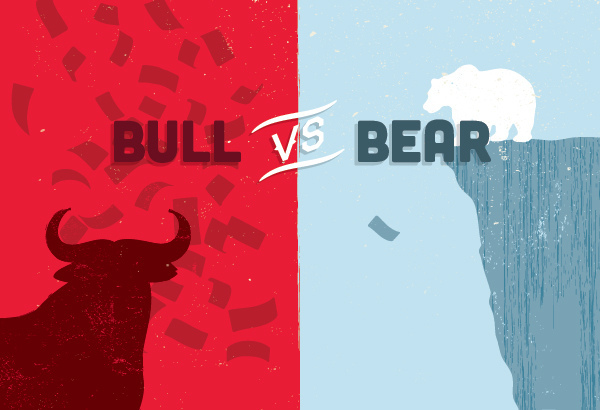 Markets are forward-looking, but that doesn't mean they're right all the time.

Is the market correctly pricing the future earnings power of high-yield business development companies? It's tough to say. It's something I've been arguing with myself ever since a market rot sent high-yield BDCs to the doghouse.

Below, I've laid out the bull and bear cases for one high-yield stalwart, Ares Capital Corporation (ARCC 0.00%), which currently yields more than 11% per year.

Bull: Valuation
The median BDC now trades at about 73% of book value, meaning Ares Capital trades at a slight 9 percentage premium to the industry.

History has shown it isn't an average BDC, however, as Ares Capital has delivered consistent income to its shareholders and managed to create capital gains in excess of its capital losses.

If there were any one factor that separates the "OK" BDCs from the spectacular BDCs, it's the ability to generate net capital gains over full cycles. Ares has done just that, and it may deserve a premium to peers since one would expect that Ares' superior underwriting will result in better book value preservation in downturns.

Notably, the median BDC with a favorable fee agreement (or low-cost internal management structure) trades at a 22% discount to book value, roughly in line with Ares' 18% discount.

Ares Capital is thus selling at about the same price as BDCs with friendly fee agreements without having the same advantage.

Source: SEC filings and company IR, with calculations by author.

On a true apples-to-apples basis, Ares trades at 82% of book value compared to the 65% of book value for peers with similar fee arrangements. On this basis, it doesn't seem so cheap. Whether it matters or not depends on whether Ares can continue to deliver realized gains in excess of losses. If it can, the fee structure differences are moot.

Bull: Low oil & gas exposure
Last quarter, oil & gas related investments made up $288.5 million of its $9.2 billion investment portfolio. Taking leverage into consideration -- and assuming a complete loss from its oil investments -- Ares' book value would stand to fall about 5.5% if its oil & gas investments went to zero.

A complete loss seems unlikely. One of its largest oil exposures, Primexx Energy Corporation, was underwritten in the third quarter of 2015 with the assumption that oil prices would remain low. On the most recent conference call, Ares CEO Kip deVeer pointed out that its assets remain "incredibly economic even at $45 oil today."

Oil has, of course, continued to slide. But given the investment was made at a time when oil prices were falling, it should hold up much better than the average BDC oil investment made when oil was $70, or even $80 per barrel.

Even if you completely write off all of its obvious oil and gas exposures, the discount would persist. Ares shares would trade for about 13% less than book under such a scenario.

Bear: Unknown exposures exist
One of Ares Capital's largest portfolio companies goes by the name of Ivy Hill Asset Management (IHAM). It manages assets for other investors as well as Ares Capital. Little is known about the company or the exposures it might have.

Investors do know that IHAM invests in highly leveraged loan products known as CLOs, which may have oil and gas exposure. Furthermore, we know that Ivy Hill has paid Ares Capital $40 million in dividends in the first nine months of 2015, equal to about 8.1% of the company's net investment income. In addition, IHAM makes up about 4.6% of Ares' book value.

As an asset manager and principal investor, IHAM's results are leveraged to the performance of the investments it makes for other investors as well as itself. What percentage of IHAM's investments are exposed to oil? How will it affect IHAM's ability to pay dividends to Ares? Your guess is as good as mine. Its undisclosed portfolio represents an impossible-to-quantify risk.