Please ensure Javascript is enabled for purposes of website accessibility
Log In Help Join The Motley Fool
Free Article Join Over 1 Million Premium Members And Get More In-Depth Stock Guidance and Research
By Keith Speights - Jan 29, 2016 at 8:43AM

It's been nothing but bad news recently for Valeant. Is a big rebound in store for the New Year? 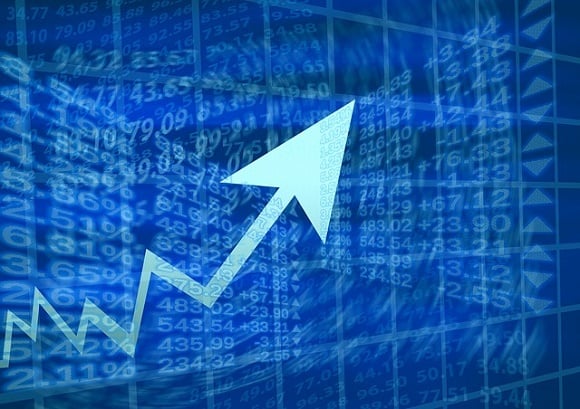 That's roughly how much Valeant Pharmaceuticals (BHC -3.06%) lost in market cap in less than four months late last year before regaining around $10 billion of that amount.

The company experienced a public relations disaster over the pricing of some of its drugs. A U.S. Senate committee launched an investigation into Valeant and a handful of other drugmakers. Along the way, Valeant's CEO was hospitalized, and the company was forced to pull in an interim CEO.

With so much doom and gloom fresh on investors' minds, it might seem silly to think that Valeant could be poised to enjoy a banner year in 2016. However, that's exactly what could happen. Here are three reasons why Valeant might just have its best year yet.

1. Making the right moves
When first faced with subpoenas in Massachusetts and New York in October, Valeant responded that it believed the company had operated "in a fully compliant manner." Soon afterwards, Valeant defended its relationship with the Philidor pharmacy network. Subsequently, though, the company made several moves that indicated that it takes all allegations concerning pricing seriously.

On October 30, Valeant announced the termination of its relationship with Philidor. In December, the company announced a new deal with Walgreens Boots Alliance (WBA 1.30%) that will cut the prices of its branded prescription dermatological and ophthalmological products by 10%. These products include big-sellers like Jublia and Onexton.

The deal with Walgreens also allows the pharmacy chain to offer 30 of Valeant's branded products at generic prices. This reduced pricing, which will become effective in the second half of 2016, will range between discounts of 5% and 95%, with a weighted average price cut of around 50%. Valeant says that the two agreements with Walgreens together will amount to up to $600 million per year in savings for patients.

In addition, Valeant began offering volume-based discounts of up to 30% for its hospital-administered drugs, including two that received the brunt of pricing criticism -- Nitropress and Isuprel. The company is also beefing up its patient co-pay programs to lower out-of-pocket costs.

Will all this be enough? Maybe not. Valeant still faces some heavy scrutiny by the federal government. However, a kinder and gentler approach to concerns about its pricing policies seems wise -- and just might help the company move past the issue to a large extent in 2016.

2. Solid product lineup
In the midst of all the furor over Valeant's pricing of some drugs, investors might have lost sight of the company's impressive lineup of products. Multiple acquisitions and partnerships over the years have allowed Valeant to build many solid brands across multiple indications.

The brightest star in Valeant's constellation is Xifaxan. This treatment for irritable bowel syndrome with diarrhea is on track to become the company's first blockbuster drug. Valeant picked up Xifaxan with the acquisition of Salix Pharmaceuticals in April.

Granted, there are a couple of question marks in the lineup. Valeant lined up an exclusive deal with AstraZeneca (AZN 3.08%) in September to commercialize brodalumab. AstraZeneca lost its previous partner on the psoriasis and psoriatic arthritis drug after some patients reported suicidal thoughts in clinical studies. It remains to be seen how significant an obstacle the issue might present for AstraZeneca and Valeant with an expected commercial launch this year.

The other big uncertainty for Valeant's product portfolio centers on addyi. Touted as the female version of Viagra, addyi appears to have gotten off to a shaky start. The libido drug faces multiple hurdles, including serious side effects and an FDA requirement that doctors be certified to prescribe it. Valeant hopes to rake in $100 to $150 million in sales for 2016 from addyi, but reaching those levels won't be easy.

Despite potential challenges with addyi and brodalumab, Valeant should enjoy strong sales growth in 2016. Pricing discounts with Walgreens and hospitals will entail a hit on revenue, but I don't think they will be significant enough to keep this year from showing respectable double-digit increases compared to 2015.

3. Valuation
Perhaps the most important reason why Valeant's shares could take off in 2016 stems from the stock's valuation: it's dirt cheap right now.

The better way to look at valuation for a growth-oriented stock like Valeant, though, is looking toward the future. Valeant thinks 2016 adjusted earnings will come in between $13.25 and $13.75 per share. Even if you take the pessimistic end of that range, that puts the stock's forward earnings multiple below 7.

But you don't have to go with the company's projection. Of the analysts polled by Thomson Financial Network, the lowest estimate for 2016 earnings is $12.60 per share. Using that figure gives Valeant a forward earnings multiple of slightly above 7. Like I said, the stock is cheap.

Sure, even an inexpensively valued stock can still go down. But don't be surprised if an increasing number of investors take a look at Valeant's valuation and decide they want in.

Best year yet?
Valeant has definitely enjoyed some good years in the past. In 2010, the stock came close to doubling. Ditto for 2013. Valeant's shares more than tripled way back in 2000. Could 2016 beat those years? 2000 would be hard to top, but I think a near-double in value this year is possible.

Of course, a sinking overall market could drag Valeant down with most other stocks. Valeant could remain a political piñata for its pricing practices. Some other scandal could emerge.

However, I think the stock has a reasonable shot at doing quite well this year. And maybe, just maybe, a lot more of that $60 billion in lost market cap from the last few months of 2015 will be regained.

Keith Speights has no position in any stocks mentioned. The Motley Fool owns shares of and recommends Valeant Pharmaceuticals. Try any of our Foolish newsletter services free for 30 days. We Fools may not all hold the same opinions, but we all believe that considering a diverse range of insights makes us better investors. The Motley Fool has a disclosure policy.