These market mavens are running for the exit -- but should you be following?

To say that the stock market has gotten off to a rough start in 2016 might be a bit of an understatement. But, the pain has been magnified for some investors because a few prominent hedge fund tycoons are exiting their positions on well-known and widely owned stocks. Is this a sign of trouble, or are hedge fund managers suffering from a case of shortsightedness?

This is a question we posed to three of our Foolish contributors, and here's what they had to say.

Evan Niu, CFA: Donald Yacktman's Yacktman Focused Fund recently decided to sell its position in online marketplace eBay (EBAY -1.52%). During the third quarter of 2015, the fund dumped its significant position in eBay, which doesn't inspire a lot of confidence in the auctioneer. 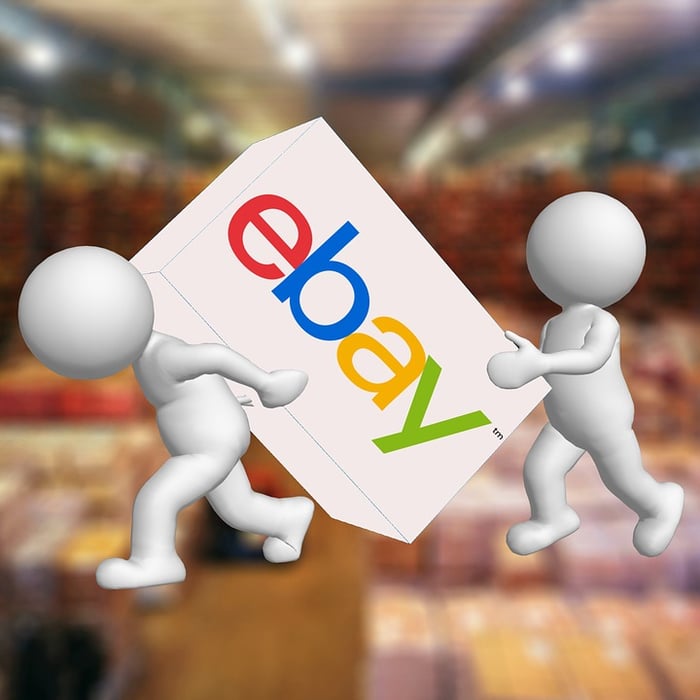 The move makes some sense, particularly shortly after the spinoff of PayPal (PYPL -2.24%). The payments processor had long been eBay's crown jewel of growth, and as soon as the two segments were separated, there were fewer reasons to own the marketplace business. For instance, in the third quarter of 2015, eBay revenue was mostly flat, down 2% to $2.1 billion, and adjusted net income form continuing operations fell 9% to $529 million.
eBay just reported its fourth-quarter earnings, and shares got utterly crushed. The bottom line shrank by 12% to $600 million. Like many multinationals, eBay is getting hit by the strengthening U.S. dollar. The company said gross merchandise volume was up 5% on a constant currency basis. The company's guidance also left a lot to be desired. Revenue in the current quarter is expected to be in the range of $2.05 billion to $2.1 billion, compared to the consensus estimate of over $2.3 billion.
With tepid growth and significant foreign exchange headwinds, Yacktman's move seems to be the right call on eBay.

Based on data from WhaleWisdom.com, some 192 hedge funds have reduced their total holdings in Chipotle based on the 13F filings through September 30, 2015, and 66 completely closed out their positions, including hedge fund kingpin Ray Dalio. Dalio's Bridgewater Associates, which has $160 billion under management, completely sold out of Chipotle during the third quarter.

Why have Dalio and many others headed for the hills? A lot of the blame can be pointed to Chipotle's E. coli and health scares. Numerous instances of sick customers has the public questioning Chipotle's food safety practices, which is adversely impacting near-term results. Revenue in 2016 is estimated to drop by more than 20% from 2015. Additionally, higher input costs, such as beef and avocados, have eaten into Chipotle's margins (pun fully intended).

But, the thing to know about Dalio's position is that it was very short term. Dalio held for a matter of months, which isn't exactly giving Chipotle's business model a chance to demonstrate a turnaround. Investors in Chipotle should really be giving the company a good one to three years to put its recent health scares in the rearview mirror, and to adjust its pricing once foot traffic returns.

The company's move to also push away from its reliance on locally grown produce could wind up being a benefit. Although part of its appeal has always been its homegrown produce, buying in bulk from larger producers could help cut costs, and it should, in theory, put skeptical consumers worried about these recent health issues at ease.

I'd look for Chipotle to regain its footing soon enough, but I also wouldn't be shocked if the company experienced a bumpy 2016.

Matt DiLallo: Wind and solar development company SunEdison (SUNEQ) was once a darling of hedge funds, many of which bought its stock hand over fist because of its rapid growth. In fact, according to Forbes, 10 well-known hedge fund billionaires were betting big that SunEdison had a bright future earlier last year, while a whopping 160 different hedge funds owned a stake in the company, according to a report by Novus. However, with its losses mounting and its funding in question, the stock's momentum was lost, and these investors got burned and began to bail. In doing so, they took the wind right out of the stock: 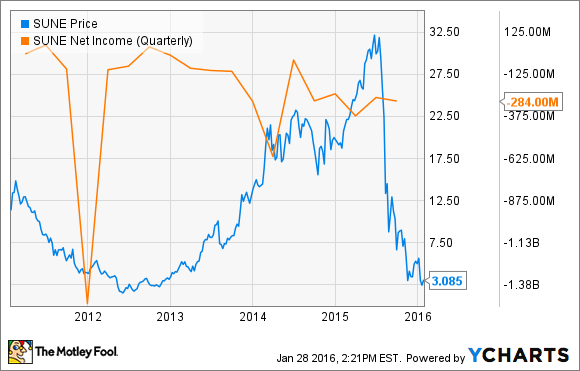 Those left holding the bag are fighting back and are led by Greenlight Capital's David Einhorn, who recently pressured the company to give his fund a seat on its board as well as amend some of its polices. With that seat at the table, he hopes to turn things around for the company, as well as for his remaining 6.8% stake. In fact, it's rumored that he might push for a sale in the company in order to recoup some of his loses before ditching the stock.

Hedge funds tend to flock to companies that appear to have a bright future and a momentum-driven stock. However, when the winds of change come, investors can get badly burned when these funds exit en masse. It's a reminder that investing alongside hedge funds is no sure bet.

The Motley Fool owns shares of and recommends Chipotle Mexican Grill, eBay, and PayPal Holdings. Try any of our Foolish newsletter services free for 30 days. We Fools may not all hold the same opinions, but we all believe that considering a diverse range of insights makes us better investors. The Motley Fool has a disclosure policy.

Why You Need to Adopt Scientifically Responsible Investing Practices

Are You As Anti-GMO as Chipotle Mexican Grill and Whole Foods Market Make You Believe?