The one thing the online retailer has promised is to invest for the long term, even if that hurts profits in the short term.

Amazon.com (AMZN -1.57%) shares dropped 8% last week after the company fell short of Wall Street's earnings estimates in its quarterly report. This has become a familiar pattern with the e-commerce giant. Wall Street assumes meaningful profit growth is right around the corner, but that has never been the case.

In January 2013, the consensus earnings per share estimate for that year was $1.77. Instead, the company delivered just $0.75 per share in profits. At one point, analysts expected 2014 profits of $3.93 per share, but Amazon reported a loss for the year. In 2015, it seemed to surprise the experts as its exploding cloud computing unit helped drive earnings per share to $1.25, and the stock more than doubled. But going forward, analyst projections seem unrealistic. The EPS consensus for 2016 sits at $5.46 per share and at $9.92 for 2017.

Founder and CEO Jeff Bezos has made it clear that he is growing the company for the long term. In other words, he is sacrificing profits in order to keep prices low and make investments for the sake of growth.

That means Amazon's profits are unlikely to reach $10 per share in the next two years. 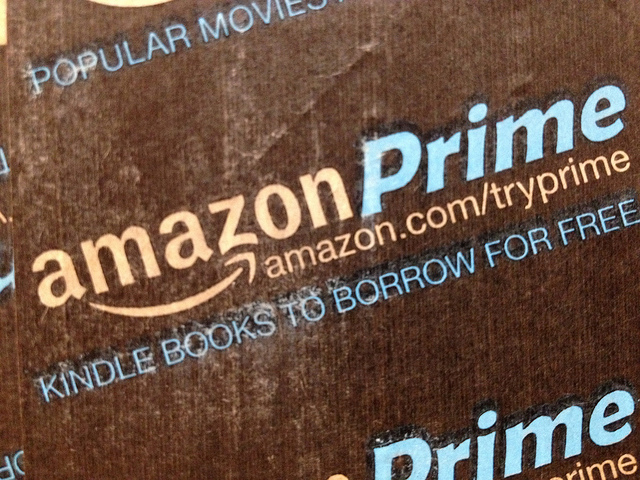 Amazon's next big business
After building out warehouses across the country to shorten shipping times and launching itself full throttle into businesses like video streaming, cloud computing, and e-books, Amazon is now apparently seeking to develop its own shipping company. It now considers itself a "transportation service provider," according to an SEC filing, indicating that it is shouldering some of the burden of shipping its own orders.

Comments about this in the latest conference call with analysts come after its failure to deliver thousands of Christmas gifts on time as shipping partners UPS (UPS -2.29%) and FedEx (FDX -2.52%) were overburdened with last-minute orders. CFO Brian Olsavsky was careful to note in the company's conference call that Amazon wasn't trying to compete with the leading shipping companies, only to supplement their services. However, when asked on the call about the possibility of providing shipping to third-party companies, he did not rule it out.

If Amazon is serious about becoming a player in logistics, it will have to make serious investments, which will eat into profits for a considerable time. The industry offers low margins and is capital-intensive as both UPS and FedEx own about $20 billion in property. The move makes sense for Amazon as shipping is the last remaining piece to make the retailer integrated, and it's already experimenting with other delivery technologies like drones. However, such a move is not likely to drive profit growth in the next few years.

The valuation question
Amazon's profits will likely be minimal for the foreseeable future as it continues to invest in new and current businesses. Without significant profits and no timeline for achieving them, valuing Amazon remains an open question, and it should lead to continued volatility as we saw last week.

Though it's venturing into businesses beyond retail, Amazon is still primarily a retailer, but the company is worth more than any other retailer in history. Last summer, it passed Wal-Mart Stores (WMT -1.93%) in market cap, and it hasn't looked back since. Even at its peak, Wal-Mart never eclipsed a market cap of $300 billion, yet Amazon topped that milestone last year before its recent slump. Another difference between the two companies is that Wal-Mart generates $16 billion in net income with revenue more than four times that of Amazon. Retail, at least the brick-and-mortar variety, is not highly valued by Wall Street.  Even if Amazon is able to maintain the 20% sales growth rate it delivered in 2015, it would still take the company more than eight years to top Wal-Mart's current revenue.

That means the market is either counting on a dramatic margin expansion or for its retail segment or for Amazon's other businesses to deliver billions of profits. AWS may already be doing that, but expect a ceiling on Amazon's stock price if profits continue to lag behind expectations.

Jeremy Bowman has no position in any stocks mentioned. The Motley Fool owns shares of and recommends Amazon.com. The Motley Fool recommends FedEx and United Parcel Service. Try any of our Foolish newsletter services free for 30 days. We Fools may not all hold the same opinions, but we all believe that considering a diverse range of insights makes us better investors. The Motley Fool has a disclosure policy.