Please ensure Javascript is enabled for purposes of website accessibility
Log In Help Join The Motley Fool
Free Article Join Over 1 Million Premium Members And Get More In-Depth Stock Guidance and Research
By Travis Hoium - Mar 2, 2016 at 9:20AM

There's more to this utility than meets the eye.

Not all utility stocks are created equal, as investors in NRG Energy (NRG -2.05%) know all too well. The company operates in highly competitive markets, which differs from the usual description of utilities as regulated monopolies. Here's a quick look at what NRG Energy is and where it makes money. 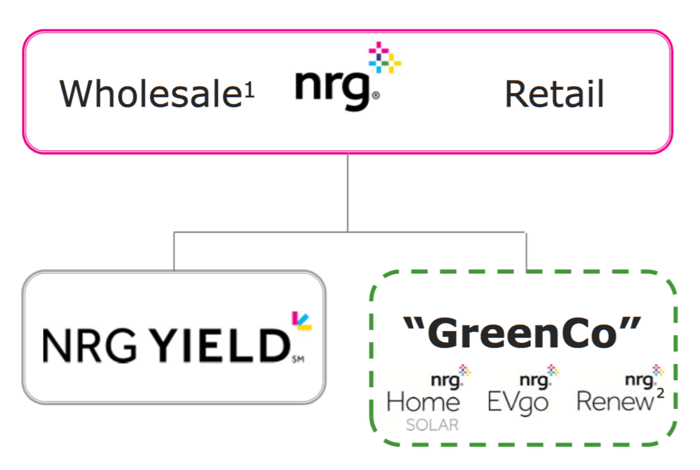 Who is NRG Energy?
NRG Energy is a utility company, but within that, it has four main business lines.

The wholesale business -- where NRG Energy owns power plants and sells power into the competitive energy markets -- is comprised of its coal and nuclear plants, which have been put under pressure by falling natural gas prices and renewable energy taking peak load demand in some markets. Another place where NRG Energy makes money selling energy to utilities is by owning large-scale renewable plants. Typically, these plants come with long-term contracts, so they're lower risk for project owners. For 2016, management is expecting adjusted EBITDA from the wholesale and utility scale renewables business to be $1.55 billion to $1.67 billion.

Home retail is the side of the business customers would typically think of as their utility. The business' job is to get customers, primarily in non-regulated markets, and sell energy to them. For 2016, management expected adjusted EBITDA of $650 million to $725 million.

NRG Yield is actually a separate business, owning renewable energy power plants as I discussed above. But the goal of the business is to pay out dividends to shareholders. Still, it's an important part of NRG Energy's asset base and is expected to contribute around $805 million in adjusted EBITDA this year.

What risks should investors watch out for?
There are three main risks NRG Energy faces in its business. The first are falling wholesale prices, something the company has experienced lately due to an oversupplied wholesale market.

Another are rising interest rates, which could lead to lower effective returns on renewable energy projects.

Finally, NRG Energy needs to execute on its GreenCo plans in 2016. The business hasn't been the growth engine management had hoped it would be, and it needs to show progress before a potential IPO. Investors need to see traction in sales for all of the GreenCo's products and a lower cash burn or this could be a further burden on the company.

More than just a utility
NRG Energy is more than just a typical utility and operates primarily in competitive markets. That can be an advantage in good times, but when wholesale rates are low and investors lose faith in the growth of clean energy, the strategy can hurt the stock. That's something investors have experienced in the past year.