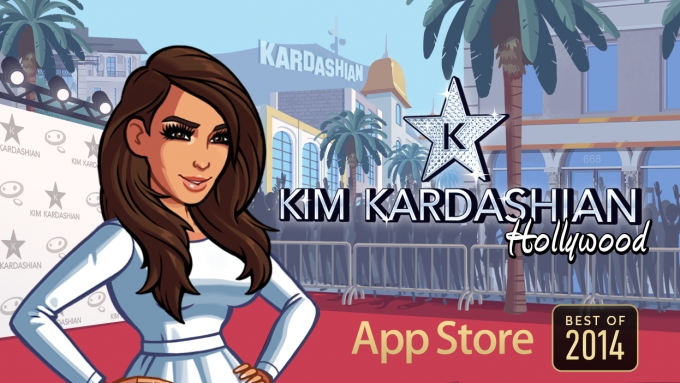 A Glu Mobile (GLUU) game is losing steam again, and shareholders are bearing the burden of fickle fashion in the realm of mobile gaming. Shares of the casual-gaming app developer plunged 17% last week after Kendall & Kylie started to quickly fall out of favor.

Glu Mobile has developed a hot niche in mobile gaming since the blowout success of Kim Kardashian: Hollywood two summers ago. The celebrity simulator, where players are coached by the reality show star as they work up the ranks of Hollywood's social circle, stayed near the top of download charts for iOS and Android devices for nearly a month.

The success of the game helped Glu ink deals with other celebrities hoping to cash in on a new revenue stream in the booming "freemium" category where free initial downloads are enhanced through purchased digital items. Britney Spears, Katy Perry, and more recently Taylor Swift inked exclusive deals with Glu to push out similar titles. However, when Katy Perry Pop flopped late last year there was a lot of pressure on Kendall & Kylie to prove that Glu still had the magic touch.

It seemed as if Kendall & Kylie would deliver that spark. The stock was one of last month's biggest winners, soaring 68% following the game's initial success. However, just two weeks into the release we're seeing the game starring Kardashian's half-sisters fading quickly. It may have its first few days on top of the iOS App Store charts following its release, but it had fallen all the way down to No. 55 overall -- and No. 15 if we limit the ranking to just games -- as of Friday according to mobile tracker AppAnnie.

The game seemed to have hit on all of the right buttons that made Kim Kardashian Hollywood so popular in 2014. Reality show stars Kendall and Kylie Jenner have active followings on social media, but the same was true of Perry. The family connection between Kardashian and the Jenner sisters should have given this entry more of a sequel feel.

However, it seems as if the already fickle mobile gaming community has what can best be called Glu Fatigue. The first game may have delivered roughly $150 million in revenue in its first year, but the future will likely have to be a string of bunt singles instead of a bat-cracking homer to score runs. It will never be easy to stay on top when it comes to mobile gaming. Glu will just have to keep the pipeline flowing to make it up in volume.

Why PayPal, Datadog, Shopify, and Activision Stock Took a Dive on Monday