This chip giant just announced a new, compact desktop system -- but it won't ship for at least a month-and-a-half. 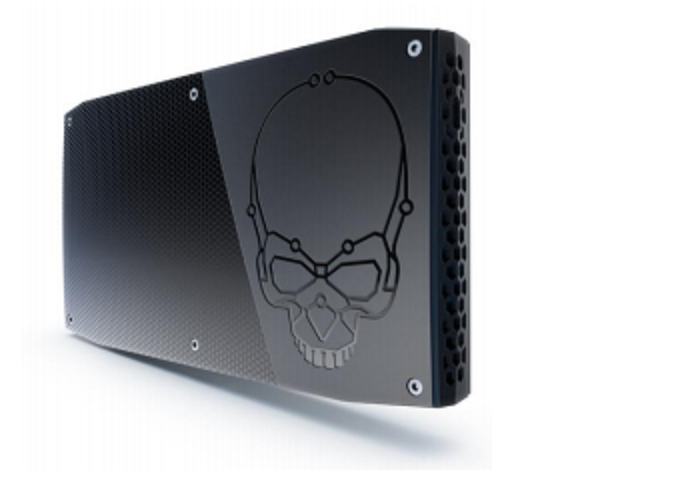 Over the last several years, chipmaker Intel (INTC 3.21%) has worked to refine its "Next Unit of Compute," or NUC product family. These are low-power, small-footprint personal computers that have proven to be reasonably popular.

These NUCs have traditionally featured low-power mobile Core or Atom processors. The lower end models have usually come with processors rated at 15-watts while the higher end models sometimes come with higher performance 28-watt chips. Intel's higher-performance chips rated at around 45-watts, however, haven't been used in the company's NUC products -- until now.

Intel brings high performance chips to NUC
Intel has been teasing a new NUC known as Skull Canyon for quite some time. This NUC is special because it incorporates a very fast quad-core Core i7 processor complete with the company's highest-end Iris Pro integrated graphics. Little else was known -- until now.

To put the performance of this system into perspective, this should be faster than a 15-inch MacBook Pro in CPU tasks and is probably quite close in graphics tasks.

It's pricey; is it worth it?
Per Intel, the cost of the "bare bones" system (i.e. without everything else required to be a fully functional system) is expected to be around $650. Fully loaded, with a 256 gigabyte solid state drive, 16 gigabytes of RAM, and a copy of Windows 10, Intel says that the system should run users around $999.

If we include a nice 23-inch display, the total system cost should come out to around $1150.

Although such a system wouldn't be as elegant as a fully integrated all-in-one PC, it actually seems like a reasonable value. To put it into perspective, a Lenovo (LNVGY 2.41%) ThinkCentre M900z all-in-one desktop with a Core i7-6700, a 256 gigabyte solid state drive, 16 gigabytes of RAM, and 23-inch display can be had for about $1178.

As I mentioned above, the disadvantage of the NUC versus the all-in-one is that the NUC is not a single integrated product. The advantages of the NUC, however, include:

All in all, it looks like Intel is offering a solid deal here with the Skull Canyon NUC.

The major problem? This is a paper launch
Intel says that Newegg.com -- a major vendor of PC components -- will start taking pre-orders for this system beginning next month. The systems won't actually ship to customers, however, until the following month.