Silver Wheaton (WPM 2.89%) posted adjusted net earnings of $0.14 a share in the fourth quarter, flat with the previous year and $0.01 ahead of analyst estimates. For the full year, however, adjusted net earnings were $0.53 a share, down from $0.75 last year. Revenue, meanwhile, increased about 5% for the year, to nearly $650 million. When you step back, the quarterly update from Silver Wheaton was really a mixed bag.

The good news
There was definitely good news to be found in Silver Wheaton's results for 2015. The biggest was that it produced 47.7 million silver-equivalent ounces, up an incredible 35% from 2014, and a new company record. The company sold 26% more silver and gold, too. In fact, despite the weak commodity market, revenues advanced 5% year over year.

The driving force behind that performance was a couple of new streaming deals. And 2016 is starting off reasonably well on this front, too, because Silver Wheaton already has another deal under its belt. Although the $140 million early-stage deal is small relative to the $800 million deal inked with Vale and the $900 million deal with Glencore, it shows that weakened miners are still desperate for cash. Note, too, that since the deal with Glencore didn't happen until late in the year, Silver Wheaton is expecting 2016 production to be about 13% higher than last year.

The bad news
That's the good news; the bad news is that, because of the weak commodity markets, Silver Wheaton had to accept 17% less per silver-equivalent ounce it sold. That's why ounces sold were up 26% but revenue only jumped 5%, and why full-year earnings fell year over year.

Precious metals prices have been heading higher lately, which should help out first-quarter earnings, but it's probably too early to get excited about the potential upside. Silver and gold are highly volatile commodities over short periods of time. Still, with increased production, Silver Wheaton's results are leveraged to benefit from a long-term uptrend whenever it happens.

As for more deals, the outlook is murky at best. Silver Wheaton ended the year with around $100 million of cash and about $450 million available on its revolving credit facility. So its dry powder was around $550 million. It's already spent about $140 million of that, so it has around $400 million to ink new streaming deals -- but that's not enough for the kind of big deals that punctuated an active 2015.

Silver Wheaton is buying back its own shares because it believes they are underpriced. So raising cash by selling shares appears to be off the table. In other words, there still appears to be an opportunity to take advantage of weak miners, but Silver Wheaton might be stuck making only small deals. 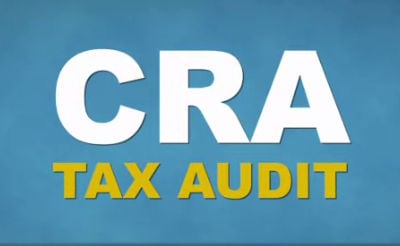 The lingering tax issue... still lingers
Then there's the not-so-subtle issue of taxes. Canada says Silver Wheaton is doing its taxes wrong, and owes back taxes and penalties. Silver Wheaton disagrees and is fighting the claim. The issue has expanded from the 2005-2010 tax years to the 2005-2013 tax years -- and subsequent years remain open to the issue, too.

There wasn't much of an update to give on a resolution, but it's important to know this issue isn't going away. It also could have a long-lasting impact if Silver Wheaton loses the claim, because it could lead to higher ongoing taxes in addition to the need to pay back taxes and penalties. So investors will want to keep watching here.

Glass half-full or half-empty?
It was really a mixed year for Silver Wheaton. The company made important strides on the production front, but weak silver and gold markets limited the immediate benefit. Assuming precious metals prices rise over time, however, it is well positioned to increase earnings.

Silver Wheaton doesn't appear to have the cash needed to do big deals right now. That could put a damper on its growth in the near term. And the whole tax issue isn't any better. You'll have to decide for yourself if that makes the glass half-full or half-empty.