I've been asked this question many times before, and I'm usually hesitant to give an answer. After all, one of the best lessons investors can learn and apply is diversification: not putting all of your eggs in one basket. However, one stock that could stand alone without too much risk is Berkshire Hathaway (NYSE:BRK-A) (NYSE:BRK-B), the Warren Buffett-led conglomerate.

What Berkshire Hathaway does -- the one-minute version 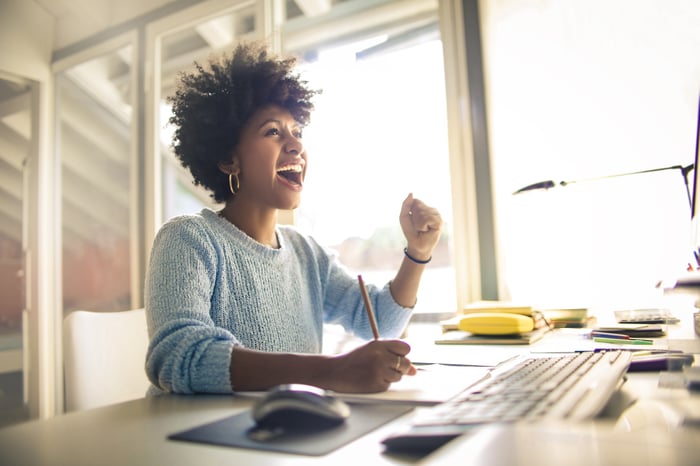 Over the years, Berkshire has invested its earnings in acquiring entire companies, as well as purchasing the common stock of other corporations.

In addition to these subsidiaries, Berkshire also has a large stock portfolio. In fact, Berkshire's willingness to invest large sums of money in common stock gives it a big advantage over peers, according to Warren Buffett.

Berkshire's stock portfolio currently consists of 43 companies' common stock; here are some of its largest holdings.

But, Buffett won't be around forever. What then?
Warren Buffett is 85 years old, so it's definitely reasonable to wonder what will happen to Berkshire in the post-Buffett era.

This is a legitimate concern, but all signs point toward Berkshire's continued prosperity. The company's revenue stream is diverse, and many of its businesses are recession-resistant. Berkshire is financially flexible, with at least $20 billion in cash on its balance sheet at all times and an abundance of liquid assets, like its stock portfolio. And, Berkshire doesn't take on short-term debt maturities or other situations that could suddenly require a lot of cash.

As a result, Buffett believes Berkshire will be able to increase its earnings power every single year -- with or without him at the helm.

Speaking of who's running the company, Buffett has made it clear that his successor has already been named, but not publicly so. However, Berkshire is designed to be successful no matter who's running the show. All of Berkshire's subsidiaries operate without much (if any) oversight, and Berkshire's investments will be handled by several specialists, such as Todd Combs and Ted Weschler, who have already made some successful high-dollar investments for Berkshire.

The bottom line is that if Buffett were to leave Berkshire right now, GEICO would still sell insurance, Clayton Homes would still sell houses, and BNSF Railroad's trains would keep running. Berkshire has the tools in place to succeed because of the great managers it has throughout the organization.

A solid base to start a portfolio
I usually advise people to start with no fewer than five stocks in order to avoid too much exposure to any single company or industry. For example, a friend of mine had $5,000 to start investing and wanted to put it all in Tesla Motors stock. The problem is that Tesla could be just one unsuccessful product launch away from its stock price getting chopped in half. I'm not saying it will happen, but it could.

Berkshire, on the other hand, isn't exposed to the same risk. Even if one of Berkshire's largest businesses -- BNSF Railroad, for example -- was to go completely bankrupt, that would still only represent a small percentage of the company's overall revenue.

Effectively, investing in Berkshire is like buying a well-diversified portfolio that would make many experienced investors jealous -- all in one stock.

Now, I would never put all my money into one stock, but if I were forced to do so, Berkshire would be my top choice, hands down.

If I Could Only Buy 1 Stock, This Would Be It @themotleyfool #stocks $BRK-A $BRK-B Next Article
Current