Please ensure Javascript is enabled for purposes of website accessibility
Log In Help Join The Motley Fool
Free Article Join Over 1 Million Premium Members And Get More In-Depth Stock Guidance and Research
By Cory Renauer - Mar 31, 2016 at 10:42AM

Should you go with Incyte's positive cash flows, or Juno's risky CAR-T program?

Following its best year in terms of revenue and profits, Incyte (INCY 0.10%) stock has plummeted 36% this year, significantly underperforming the iShares Nasdaq Biotechnology Index, which is down about 25%.

Then there's Juno Therapeutics (JUNO), a super-risky developer of novel cellular immunotherapies with nothing but losses on its income statements. It's fallen about 18% this year, but that's far better than its biotech peers, even those with positive cash flows.

Clearly, there's more to this story than headline earnings figures. Let's explore some of the opportunities and challenges that lie ahead for these two pioneers of innovative cancer therapies. If we can get to the heart of this paradox, we might discover which company is the better buy.

A great performance with a tough crowd
Juno Therapeutics is one of several companies pioneering the combined use of chimeric antigen receptor and T-cell receptor, or CAR-T, technology to make personalized cancer therapies. It involves drawing blood, applying said technology, and then reintroducing the T-cells into the patient.

The results so far have been stunning. In three different sets of acute lymphoblastic leukemia patients who had relapsed after several therapies, JCAR015, JCAR017, and JCAR014 sent 67%, 91%, and 93% of these patients into complete molecular remission. To see any response from even a handful of these patients would get attention. Eradicating the disease without a trace, at these percentages, is mind blowing.

Niche carved, and expanded
Myelofibrosis is a fairly rare bone-marrow disease. Before Incyte won FDA approval for Jakafi in 2011, the nearly 17,000 patients in the U.S. had no options to treat the underlying cause.

In late 2014, the FDA expanded the janus kinase-inhibiting pills to treat roughly 25,000 polycythemia vera patients who can't tolerate or don't respond to hydroxyurea, a treatment typically given to sickle-cell patients.

That expansion helped boost total annual revenue 47% to $753.8 million last year. Even with huge R&D expenses of $479.5 million, Incyte recorded its first significant annual operating profit of $50.6 million. However, after servicing some heavy debts, net income of just $6.5 million, or $0.03 per diluted share was less than inspiring.

Crisis averted, for now
Last year I noted that another company, CTI Biopharma, in partnership with Baxalta, was sending its own janus kinase inhibitor, pacritinib, for treatment of myelofibrosis through regulatory hoops at an alarming rate. It appeared as if Incyte's main source of revenue would begin feeling pressure from pacritinib as soon as next year. Sadly, patient deaths during pacritinib's pivotal trial stopped Jakafi's would-be contender in its tracks. 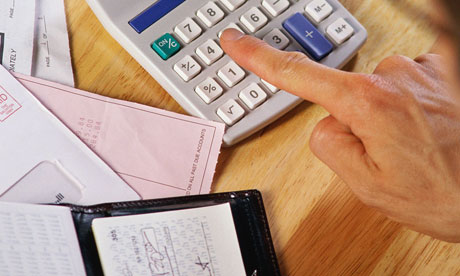 That's the worst way for a company to avoid a crisis, but it should be noted that success for pacritinib could have resulted in major losses for Incyte. Incyte is carrying $375 million and $374.8 million in convertible notes that mature in 2018 and 2020, respectively. The notes can be settled in cash or common shares at Incyte's discretion. Supposing the company's shares stayed at recent prices of around $75 per share, if strapped for cash at that time, converting the principle into shares would result in a share count increase of roughly 2.7% in 2018 and again in 2020.

That amount of potential dilution is upsetting, but nothing to get too worked up about. Going into 2018, and again in 2020, however, Incyte shareholders better hope for a share price above today's levels, or lots of available cash to pay off those debts.

Powerful allies
Incyte has partnered with Eli Lilly (LLY 0.38%) for development of janus kinase inhibitor baricitinib for treatment of rheumatoid arthritis. Some of the world's best-selling biologics, including AbbVie's Humira, aren't well tolerated or effective for many RA patients. Baricitinib may give them a well needed option.

If approved, Eli Lilly will lead the launch and global commercialization of the pills. Incyte wisely opted to pay 30% of mid- to late-stage development costs in return for royalties on potential sales that could reach the high-twenties. Remember, Incyte's Jakafi treats a small, easy-to-find population of patients with a lack of options. An attempt by Incyte to enter the crowded rheumatoid arthritis space would be extremely risky. If approved, baricitinib royalties from Eli Lilly could be hitting Incyte's bottom line early next year.

Juno Therapeutics doesn't have anything near ready for filing, but it has a lot of cash and equivalents following a convoluted collaboration with blood cancer heavyweight Celgene. This will give Juno some time, which it clearly needs. While the remission rates I mentioned earlier are incredible, they also came with some pretty heavy side effects in the form of cytokine release syndrome and neurotoxicity. Such side effects could be a result of the therapies' being too effective at destroying cancer cells, or nonspecific destruction of non-cancerous cells. Some adjustments could lead to new drug applications in the years ahead, however.

Solid limitations
Incyte came to the sad conclusion that Jakafi's and other kinase inhibitors will probably remain limited to blood cancers. After Jakafi failed to show efficacy in advanced pancreatic cancer, the company halted a handful of solid-tumor studies with it and another candidate.

As for Juno and other CAR-T therapy developers, the barriers to addressing solid tumors with this approach have also been well documented.

Choosing a better buy among these two isn't easy, given my tendency to reject not-yet-profitable companies. Still, I'd rather be a Juno shareholder, as Incyte's future isn't nearly as exciting.