Here's a look at some jobs data, as well as stocks making big headlines and big moves.

The Dow Jones Industrial Average (^DJI -3.57%) and the S&P 500 (^GSPC -4.04%) continued moving higher during the last trading week of March, moving 1.61% and 1.81% higher, respectively. Much of the economic talk came Friday, when it was announced the U.S. created 215,000 new jobs in March. That was above estimates and even better was the fact that the labor-force participation rate rose slightly to 63%, the first time it reached that point in two years. Outside of the job growth, U.S. stocks managed to hold gains for the week amid a slip in the energy sector after oil prices took a step back.

Beyond all of the economic data, there were some stocks making major moves this week. 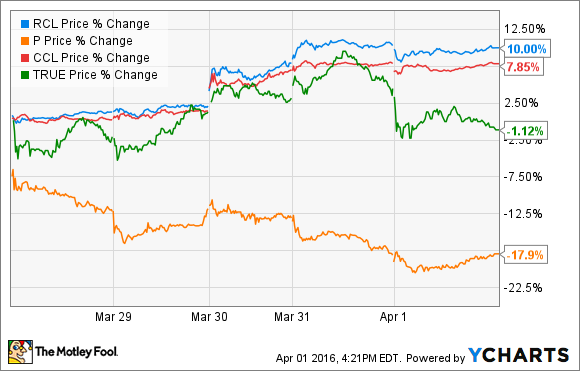 Royal Caribbean cruises higher
Royal Caribbean Cruises Ltd. (RCL -6.76%) was the best-performing stock in the S&P 500 this week, up just shy of 10%, but ironically it likely owed the weekly gains to rival Carnival Corp. (CCL -6.93%), which posted strong first-quarter earnings. Carnival announced adjusted net income of $301 million, or $0.39 diluted earnings per share, compared to last year's first quarter of $159 million, or $0.20 diluted earnings per share. Its first-quarter EPS results were also higher than estimates of $0.32 per share.

Carnival's management was encouraged enough that it raised the bottom end of its full-year guidance from between $3.10 and $3.40 to between $3.20 and $3.40. That's in addition to the company performing well in other financial aspects.

"Additionally, the underlying strength of our operating performance, leading to sustained earnings and cash flow growth, has accelerated the return of capital to shareholders through our stepped up share repurchase program. Since resuming the share repurchase program, we have bought back approximately 27 million shares returning $1.3 billion to shareholders in the last six months," said Carnival Corporation & plc President and Chief Executive Officer Arnold Donald, in a press release.

Another positive note for both Carnival and Royal Caribbean, which likely relieved investors, was that there has been no dramatic impact on tourist activity following the recent Brussels attacks. "It's really too early for us to know the exact impact of that," Donald said during the conference call with analysts. "Historically, there's been some temporary impact from events like this and the level of impact depends on a lot of different factors. But historically, eventually people adapt. We don't know exactly where we are in the process at this point. But right now, we see no reason to change guidance."

Pandora's plunge
This week wasn't nearly as enjoyable for Pandora Media (P) investors, with shares dropping 10% by midday Monday, a trend that worsened with the company's shares trading 18% lower for the week. The initial plunge came after the music streaming specialist announced Brian McAndrews, the company's CEO for more than two years, would be leaving Pandora Media.

McAndrews' replacement will be none other than Tim Westergren, the man who founded the company. The move is hit-or-miss, with many investors finding themselves on the side of "I like companies led by founders" or on the other side, highlighted in the following quote: "Westergren is now running something completely different than what he created," Wedbush Securities research analyst Michael Pachter said on CNBC's Squawk on the Street. "Investors don't like it, and they're not going to reward this company until they perform."

As I'm not a shareholder, I can only speak from the outside looking in, but I can understand investors' pessimism this week. On one hand you have a company expecting to check in at the high end of its revenue and adjusted EBITDA guidance for the current quarter; as well as a company that is investing heavily to expand its business from advertising and subscriptions to a more transaction- and commerce-oriented strategy. On the flip side, you have a recently departed CEO and rumors as recent as last week that the company was looking to sell itself. Ultimately, if the founder can get things back on track, the company could have rebound potential after the stock's 44% plunge over the past 12 months. 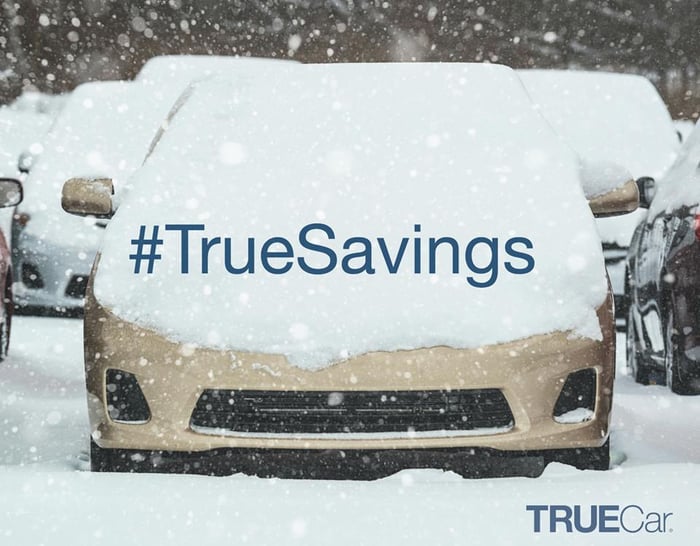 Another struggling company
While TrueCar's (TRUE -2.81%) stock price didn't fluctuate as much as the previously mentioned companies, the company is pledging to fix a major issue with its business. TrueCar rolled out its "Pledge to Dealers" [opens in PDF] regarding a network of dealerships that fuel the company's business as they pay TrueCar for each completed sales lead it provides. It's an attempt to mend a rocky relationship.

TrueCar's strategy has quite a few changes that will positively impact both consumers and dealerships, but the latter is clearly the beneficiary of many changes. One major change will be found on TrueCar's website, which had previously organized dealership prices for consumers in a list which essentially commoditized them. Now, that page will emphasize more branding strategies per dealership and enable them to compete on factors other than price – possibly advertising techniques, pictures, descriptions etc.

Also, a benefit to the consumer, TrueCar, and dealerships is that the online offers from dealers will now be VIN-based. That means the car exists in reality, where previously the consumer would put the options he/she wanted, and if that exact match didn't exist at dealerships it caused friction upon the consumer's arrival.

If you're an investor, or potential investor, in TrueCar, the Pledge to Dealers presentation is absolutely worth flipping through as it will be the best attempt to mend the rocky relationships between TrueCar and its dealership network in years – and that will be critical for the company to rebound after a brutal 12 months.