Please ensure Javascript is enabled for purposes of website accessibility
Log In Help Join The Motley Fool
Free Article Join Over 1 Million Premium Members And Get More In-Depth Stock Guidance and Research
By Reuben Gregg Brewer - Apr 4, 2016 at 11:15AM

Phillips 66 is a refiner, but adding in some direct oil exposure can earn you more dividend income in a “big” way. 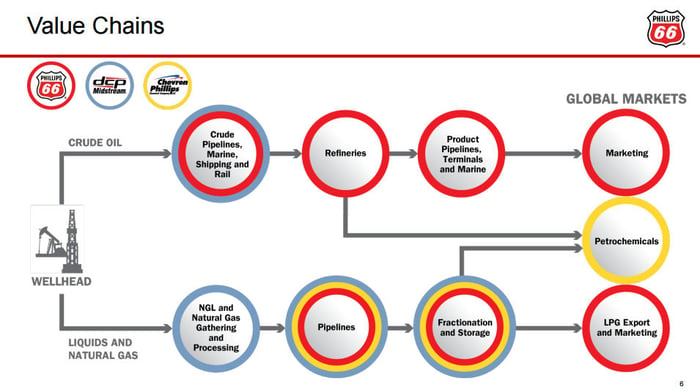 Phillips 66 (PSX 3.28%) takes oil and gas and does things with them. That's been a blessing as oil's decline has helped boost the refiner and chemical maker's results. But giant integrated energy companies like ExxonMobil (XOM 0.80%) and Chevron Corporation (CVX 0.48%) do a lot of the same things. In fact, Phillips and Chevron are partners in the chemicals space. The difference is the direct exposure to oil and gas price, which Phillips 66 avoids. With oil prices so low, however, higher yielding integrated oil companies could be an opportunity too good to pass up if you are looking at Phillips and its relatively tiny 2.5% dividend yield.

Integrated majors vs the refiner
When you look at integrated majors, Exxon and Chevron are two names that pop up right away. They drill for oil and gas, refine it, and make chemicals, among other things. Oil and gas drilling, however, is the big driver of performance. And since those commodities have been in in the dumps, the shares of Exxon and Chevron have been weak, too.

For reference, these industry giants yield around 3.5% and 4.5%, respectively, materially more than Phillips, which is just focused on the refining and chemicals spaces. That oil difference, however, helps explain why Phillips has held up so well relative to this pair and why you might want to consider buying the oil players instead of the refiner today.

Essentially, refiners do well when their input costs (the price of oil and gas) are low because it helps to widen the spread between their costs and what the market will pay for their wares. If oil goes up, Phillips could quickly see its profits contract. The thing is, this dynamic is exactly why Exxon and Chevron drill and refine.

When oil is in the dumps, as it is now, enhanced profits in the refining and chemicals businesses help soften the blow on the drilling side of things. When oil goes up, however, the benefit on the oil side tends to more than offset the impact of weaker results on the refining side. 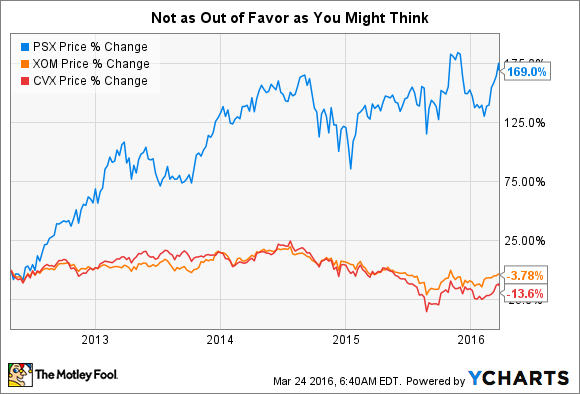 But here's the thing, with oil prices low, how much upside is there in Phillips' shares? Oil would have to plummet anew for the company to benefit more. And what happens when oil prices eventually go up again? That would probably send Phillips' shares lower, not to mention crimp its financial results. Business at ExxonMobil and Chevron, on the other hand, would flourish, sending the shares higher.

Since ExxonMobil and Chevron both have long records of annual dividend hikes and appear willing to protect the payout in this downturn, you might want to consider these giant alternatives to Phillips that have oil and gas exposure. Simply put, they have better yields and more upside potential. If you choose Phillips, you'll have to pray that oil prices stay low for a long, long time.

Some other names
But don't stop at Exxon and Chevron; there are other integrated oil companies with interesting positions. For example, Royal Dutch Shell  (RDS.A)(RDS.B) has an over 7.5% yield. This giant is making a hard shift toward natural gas, with a large acquisition on that front taking place right now, but like its U.S. counterparts, it appears to be willing to prop up its distribution during this downturn. The yield alone will tell you there's more risk involved, which is true, but it might be worth the added uncertainty for investors seeking dividend income. That said, even a 50% dividend cut would still leave you with a higher yield than Phillips offers. 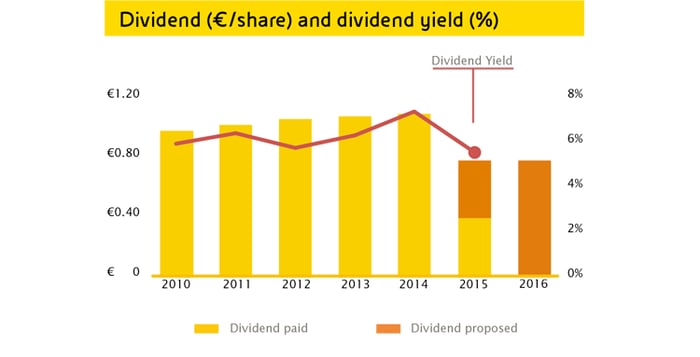 And that inspires another idea: What about a dividend payer that's already done the dirty deed and cut its dividend? Italian integrated oil major Eni (E -1.24%) earns that less-than-honorable title. And yet, having cut the dividend, Eni's payout is in a far more secure place than it was before. Eni currently yields around 7%.

Now, Eni has some interesting characteristics you need to keep in mind, like being part-owned by the Italian government and the fact that it has a penchant for investing in countries with, let's be polite, difficult governments. Still, with a dividend cut already out of the way, Eni could be an interesting way to play an oil recovery and juice your portfolio's yield. 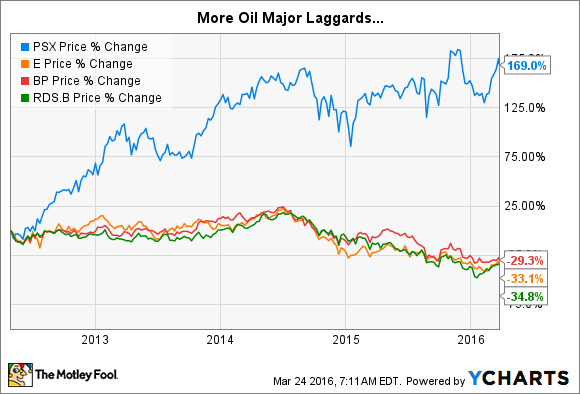 Then there's Britain's BP (BP -0.55%) with its nearly 8% yield. You probably remember BP as the company behind the Deepwater Horizon oil spill in the Gulf of Mexico. That event led to a host of bad things for BP, including big legal bills, fines, asset sales, and yes, a dividend cut. With most of that damage behind it, though, BP has been building its business again and increasing its dividend. Clearly, it could cut that payout again, but it's on much more solid footing today than it was just a few years ago. For adventurous investors, it might be worth a deep dive before you simply write it off as the company responsible for the oil spill.

Risk versus reward
Phillips 66 has held up much better than integrated oil majors, as you'd expect for a company that benefits from low oil prices. That's good news for shareholders who owned it while oil prices were falling. But the oil decline story looks pretty played out. For example, oil is already cheap so how much more benefit can that offer... and what happens when oil prices head higher again, as they have recently? Add in a relatively small dividend yield, and income investors should really be thinking about other options.

More rewarding opportunities can probably be found in the integrated energy giants, like Exxon, Chevron, Shell, Eni, or BP. They each have the refining piece, but they also have the oil exposure. Sure falling oil has taken a toll on the shares, increasing dividend yields to enticing levels, but when oil rises again, this group of global giants should see results take off and shares rally. Phillips 66 will be the laggard at that point.

There's a clear risk/reward balance going on here, of course, and you'll have to figure out how much risk you're willing to take on for a higher yield. But don't stop at Phillips 66 if you're looking for dividends in the energy space, there could be more risk involved than you think if oil prices move notably higher. And there are at least five other companies with refining assets, better dividends, and actual upside potential when oil prices recover. One might just be a better fit for you.