One of the unfortunate realities of the credit business is the asymmetric return profile. Make a good loan and you'll get your money back, plus a small amount of interest. Make a bad loan and you can theoretically lose everything you loan out. Thus, in credit, it's all about avoiding losers if you want to stay in business.

Conveniently, Main Street Capital Corporation (NYSE:MAIN) is a credit and equity investor. Historically, its equity investments have papered over its losses in credit. That's the ideal result for any investment company.

Some cracks in its credit and investment performance are starting to appear, however. As the post-financial crisis boom days come to an end, and investments begin to season, we're starting to see the first emergence of a wave of underperforming assets on business development companies' balance sheets, an industry group which includes Main Street Capital.

Each quarter, BDCs provide details about every investment on their books. Two important figures are the "cost" of their investments (what the BDC paid for the debt or equity investment) and "fair value" (what the BDC believes it could sell the asset for in an orderly market.)

Investments valued near cost are likely performing well. Investments with a fair value significantly below cost aren't performing well, and could lead to lost interest or dividend income, in addition to future realized capital losses.

The chart below shows the dispersion in performance of investments on Main Street Capital's balance sheet. 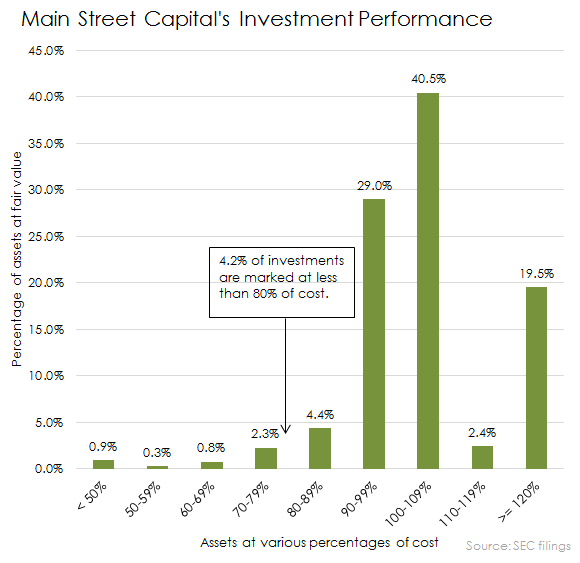 Notice that "distressed" investments, which are valued at less than 80% of Main Street Capital's cost, make up about 4.2% of assets at fair value. It's my view that these could produce additional unrealized losses in the short term, and ultimately realized losses when the investments are worked out or sold.

See also that 29% of its investments at fair value are valued between 90% and 99% of cost. This group largely includes its loans to larger, "true middle market" companies. As loan prices traded down, Main Street obviously had to mark its loans at less than par. Presumably, these small write downs are less likely to be related to the borrower's ability to repay the loan than the marks that value a loan or equity investment at less than 80% of cost. 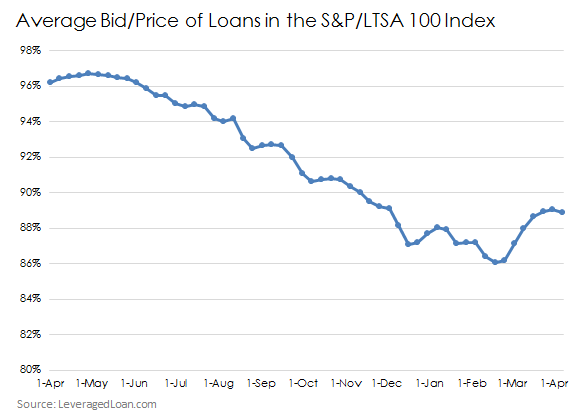 Ultimately, though, the elephant in the room is Main Street Capital's ability to pay a consistent dividend to shareholders. After all, outsize dividends drive the majority of a BDC's long-run return to shareholders.

As of its latest filing, Main Street Capital's gains on its winners currently exceed the losses on its losers by about $132 million in total, giving it ample firepower to fund special dividends. Of course, investors would prefer that it does not have to go out of its way to harvest winning investments early so as to continue its dividend policy.

The company ended 2015 with $38.8 million ($0.77 per share) of undistributed taxable income, providing plenty of coverage for special dividends in 2016. How its portfolio develops over the next year will determine if its semi-annual special dividends are money good for 2017 and beyond.