The beverage and snack giant releases Q1 2016 earnings on Monday. Here are key areas to check in on when the company reports. 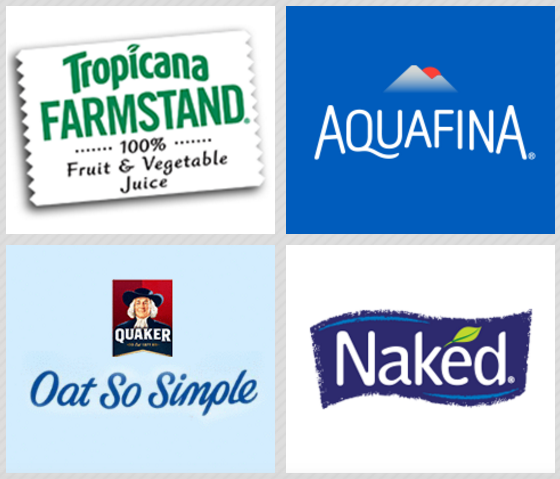 Four of the "Good For You" brands that PepsiCo wants to promote. Image source: PepsiCo,

PepsiCo (PEP 0.98%) releases first-quarter 2016 earnings on Monday. Let's review a few key themes investors should focus on when the company files its earnings report before the markets open.

Flat, but how flat?
When PepsiCo released full year 2015 earnings in February, it indicated that 2016 organic revenue growth would reach 4%, while foreign exchange translation would produce a 4% drag. Since currency adjustments are usually PepsiCo's most significant difference between organic and reported growth, management is essentially communicating that reported revenue will be flat in 2016.

Of course, when a company skates along the previous year's performance, deviation from that baseline can spark quick praise or condemnation from shareholders. A couple of percentage points of revenue decline may cause stock advocates to fret. Similarly, two to three percentage points of revenue increase may positively affect a stock more than one would expect. When projections are flat, absent any clear direction, investors thirst for the first sign of a trend. That's why the "PEP" ticker may be more sensitive than usual to revenue reporting on Monday.

Is a Quaker Foods North America turnaround really in the works?
During last quarter's earnings conference call with analysts, PepsiCo CEO Indra Nooyi may have left some investors puzzled when she spoke of a turnaround in the company's Quaker Foods North America, or QFNA, business segment. Total net revenue in this segment has declined about 4% since 2011, and operating profits are down nearly 30% over the same period. Last year was no exception, with revenue drifting lower by roughly one percent, and operating profit sliding 10%.

Nooyi noted that QFNA had delivered "positive organic revenue results for the first time in several years," as well as gaining market share in hot and ready-to-eat breakfast categories. While QFNA is PepsiCo's smallest segment, at $2.5 billion in annual revenue, it has considerable potential as consumers embrace healthier breakfast and snack options. If QFNA is indeed at the beginning of a turnaround, look for a positive increase in not only organic, but reported revenue, in Q1 2016.

Marketing spend is on the rise
Like competitor The Coca-Cola Co. (KO 0.59%), PepsiCo has used an increase in advertising and marketing spend to combat a low-growth environment for consumer beverages and snacks, and particularly carbonated soft drinks, or CSDs.

Last year, the company increased advertising and marketing by 40 basis points, to 6.3% of sales. But notably, in the fourth quarter, that pace doubled to a quarterly year-over-year increase of 80 basis points. We may see a similar ramp up in Q1, as PepsiCo attempts to maintain its baseline flat revenue. But on a cautionary note, an increased marketing expenditure coupled with a sales decline may indicate that Pepsi is maxing out on current leverage from the active promotion of its brands through digital and traditional media.

Like Coca-Cola, Pepsi has invested in a number of "still" or non-carbonated brands, in the categories of juices, energy drinks, bottled water, and ready-to-drink teas and coffees. These investments are helping to offset soda declines. Nonetheless, shareholders await new data from management on the company's CSD performance in Q1, and more importantly, visibility into volumes for the rest of the year. For shareholders, a simple stabilization of declining volumes would represent a meaningful advance in 2016.

Because Pepsi-Co's business is so globalized, FLNA's results, which are primarily dollar-denominated, provide a hedge against much of the company's other earnings, which have been hammered by a vigorous U.S. dollar. For example, the Europe Sub-Saharan Africa segment posted a 22% decrease in both revenue and net earnings in 2015, almost entirely a result of foreign currency translation.

For PepsiCo to achieve its "flat" revenue goal and a projected improvement of 2% in adjusted earnings per share, it will need FLNA to continue to provide this foundational performance in 2016. After digesting total company revenue and net income on Monday morning, many investors will look next to this segment's results to get a read on Q1 2016 earnings.