Revenue declines show no sign of letting up at Big Blue, but the details are important. 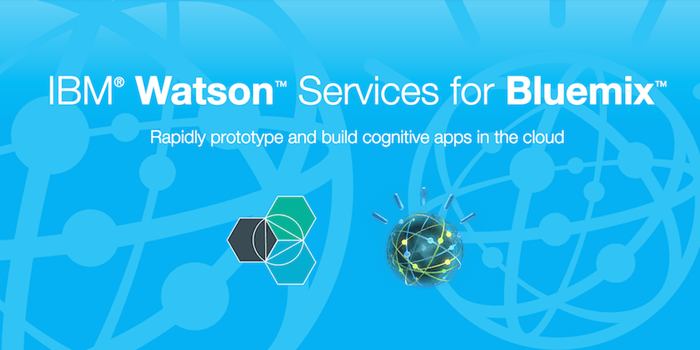 International Business Machines (IBM -0.91%) managed to handily beat analyst estimates when it reported its first-quarter earnings, but there was some messiness in the company's results. Major restructuring charges and a big tax benefit clouded the company's profitability, and another revenue decline, the 16th in a row, showed that the turnaround is far from over.

The numbers that IBM reported only tell part of the story. Here are five quotes from IBM CFO Martin Schroeter, taken from the conference call transcript provided by Thomson Reuters, that investors need to see.

About those layoffs
IBM has been reportedly cutting quite a few jobs in recent months, and nothing drives pessimism about a company more than major layoffs. But IBM has also been adding to its workforce, partly through acquisitions. As the company invests heavily in new areas and as legacy businesses shrink, the makeup of IBM's workforce is changing rapidly. Schroeter explains:

As we transform our business and move into new areas, we need to transform our workforce, not only the types of skills but how we operate. This quarter, we took significant actions to transform our workforce and shift our skills base to new areas and to improve our structure primarily outside the US. This resulted in a pre-tax charge of just under $1.5 billion. It's important to recognize that these actions are impacting our profit and margins this quarter while improving our position for the future.

IBM's operating expenses were boosted by $1.5 billion during the first quarter due to charges related to this workforce transformation, along with a few other items, but this isn't a simple case of a company laying people off. IBM added 70,000 people to its workforce in 2015, and lost slightly more than that number due to layoffs, retirement, and divestitures. In recent months, IBM announced a few major acquisitions, including Truven Health Analytics, Bluewolf Group, and Ustream. These new employees are replacing those in areas of the business that IBM is shifting away from.

These moves will save the company some money, according to Schroeter, but the main goal is to rebalance skills, not cost reduction. And any money saved will be reinvested into IBM's fast-growing strategic imperatives.

Watson is getting bigger
One of the more visible products that IBM has launched in recent years is Watson, the company's cognitive computing system that burst onto the scene by winning Jeopardy! back in 2011. The system is now being used in many different industries, and the Watson business is growing fast, according to Schroeter:

We're continuing to expand our Watson ecosystem and reach. Over the last 12 months, the number of developers using Watson APIs is up over 300%, and the number of enterprises we've engaged with has doubled. Watson solutions are being built, used, and deployed in more than 45 countries and across 20 different industries.

Unfortunately, IBM didn't break out specific numbers for Watson. Watson is included in the new cognitive solutions segment, which posted just 0.4% revenue growth during the first quarter, adjusted for currency. This segment includes transaction processing software, which is not a growth business, but at this point, Watson is likely still too small to move the needle. The segment generated $4 billion of revenue during the first quarter.

Watson, being a machine learning system, requires training in order to be used for any specific application, and this process can take years. Many of the partnerships IBM has forged over the past few years involving Watson may only be beginning to bear fruit. At some point over the next couple of years, IBM will need to disclose the size of the Watson business, as it is a cornerstone of the company's strategy.

OpenPOWER makes progress
IBM's Power systems business has been in decline for years as x86 processors, mostly from Intel, have monopolized the data center. IBM started the OpenPOWER foundation in 2013, along with companies like Alphabet's Google and NVIDIA, with a goal of opening up the company's POWER architecture and building an ecosystem around POWER chips. That effort made progress during the first quarter:

We recently signed a deal with a large enterprise in China that is dramatically growing its Linux server footprint and has chosen Linux on power partly because they can do it with half of the footprint they would have required with X86. The relationship will lead to the installation of thousands of Linux on power systems. We also continued to see good traction with the OpenPOWER foundation based innovations which will ultimately drive adoption of the power platform and provide intellectual property income. Just a few weeks ago, Google, a founding member of the OpenPOWER foundation, announced that it is working with Rackspace, an Open Compute Project founding member, to co-develop an open server specification based around IBM's new POWER9 architecture.

IBM has allowed third-party companies to sell POWER-based systems, and even to design custom POWER chips, a move that makes it an attractive option in China, where the government is pushing to lower its dependence on foreign technology products. On the home front, Google recently announced that it was developing a server architecture based on the upcoming POWER9 chip, a move that could see Intel's dominance in the data center diminished.

Strategic imperatives
IBM's turnaround strategy revolves around high-growth businesses called strategic imperatives. These include analytics, cloud, mobile, social, and security, and they're currently growing at a double-digit rate, partially offsetting declines in other parts of the business:

So now over the last 12 months, strategic imperatives delivered $30 billion in revenue, which represents 37% of our total revenue; that's two points ahead of where we were 90 days ago. In the quarter, our total cloud revenue grew 36% to $2.6 billion with the as-a-service components growing 46%. Our annual run rate for the as-a-service revenue is now $5.4 billion. Our analytics revenue grew 9% on a large base. You'll recall it was an $18 billion business for us last year. And mobile and security each posted strong double-digit growth.

IBM's total cloud revenue includes hardware, software, and services related to public, private, and hybrid clouds, so it's not directly comparable to results from other cloud computing providers like Amazon's AWS. The growth of IBM's as-a-service cloud revenue, which includes IaaS, PaaS, and SaaS, is in part due to acquisitions, but a $5.4 billion annual run rate is an impressive number given that IBM was late to embrace cloud computing. All of IBM's relevant software is now offered through the cloud, and the company continues to invest in both its SoftLayer and Bluemix cloud platforms.

Software performance is improving
During the fourth quarter of 2015, software sales plunged 11% year over year, and were down 6% adjusted for currency. With software being the highest margin portion of IBM, this decline was concerning. While software is no longer its own segment, instead split between IBM's new reporting segments, the company did provide an update on software sales:

So now let me come back to the performance of software across our segments. Our total software revenue was down less than 1%. This is a significant improvement from our performance last quarter, which was down 6%. We got the improvement we expected from the higher mix of annuity versus transactional content in the first quarter. In addition, we've been adding a lot of new capabilities, both organically and through acquisitions, and this quarter software growth reflected the acquisitions which closed over the last year. These acquisitions contribute revenue growth but impact our profit performance in the first year.

Acquisitions drove some of this improvement, and IBM's software portfolio is still very much in flux as the company continues its transformation. The good news is that the strategic imperatives are more software-heavy compared to the rest of the business, and with software carrying higher margins than hardware or services, this mix shift could drive profit growth in the long run.