Please ensure Javascript is enabled for purposes of website accessibility
Log In Help Join The Motley Fool
Free Article Join Over 1 Million Premium Members And Get More In-Depth Stock Guidance and Research
By Brian Feroldi - Apr 25, 2016 at 10:39AM

Here are a few areas investors should pay attention to when the company reports.

Shareholders of optical-equipment maker Infinera (INFN -5.18%) have had a rough 2016. Although the company posted an earnings report that came in ahead of expectations last quarter, shares are still off more than 19% year to date.

Revenue growth and profits
During its last call with investors, Infinera's management team predicted that the company's fast growth would continue into the first quarter, forecasting that revenue would come in between $240 million and $250 million. If that forecast proves accurate, the growth rate will be a strong 31% at the midpoint, which indicates that the company believes it will continue to wrestle away market share from competitors such as Ciena (CIEN -2.63%). For comparison, analysts are currently projecting that Ciena's first-quarter sales growth will be a far more tepid 1.5%.

To maintain its fast growth, the company planned on investing heavily in itself during the quarter, so management warned investors that profit growth won't nearly be as fast as revenue growth. Management projects that earnings per share during the quarter will land within a few pennies of $0.17. For perspective, in the first quarter of 2015 earnings came in at $0.16, which implies that the company's profit growth will be in the mid-single digits.

On its last quarterly call, results were right in line with management's projections.

How are margins holding up?
Infinera has made tremendous progress over the past few years at scaling its business so that it turns more and more of its revenue into profits. A quick glance at the company's gross and operating margins over the past four years shows how dramatic of a turnaround it has been.

During its fourth-quarter report, non-GAAP gross margins hit a record 48.3% -- exceeding the company's own guidance range -- and the company projected that gross margins would grow yet again, calling this time for 48.5%, plus or minus 100 basis points.

If management can deliver once again, then it will take another big step toward reaching its longer-term target of gross margin of 50% and operating margin of 15%. 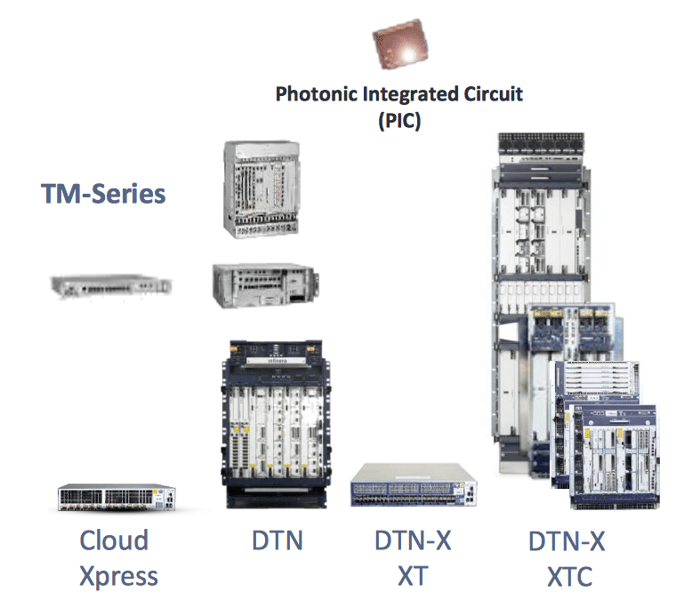 Is the integration work complete yet?
Last year, Infinera made a big push overseas when it purchased Swedish network equipment provider Transmode for $350 million. The acquisition built out Infinera's product lineup, and management stated last quarter that the company is now being invited to bid on projects that it wouldn't have been able to before the acquisition.

On the last investor call, management restated that it remained very excited about the acquisition and that completing the two companies' integration was a top priority. Management also stated that it expected the deal to be accretive to earnings for the year.

Investors will want to keep an eye on how the integration is progressing.