Please ensure Javascript is enabled for purposes of website accessibility
Log In Help Join The Motley Fool
Free Article Join Over 1 Million Premium Members And Get More In-Depth Stock Guidance and Research
By Ashraf Eassa – Apr 25, 2016 at 10:30AM

A growing and nicely profitable business for the chip-maker. 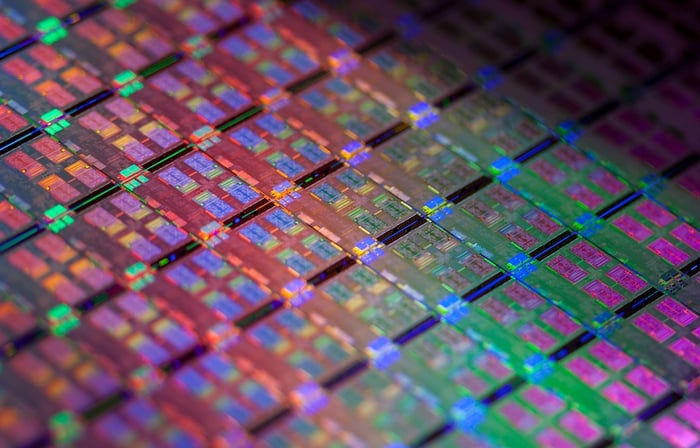 One market that microprocessor giant Intel (INTC -1.96%) is aggressively pursuing is the Internet of Things -- a fancy renaming of what the company had previously referred to as its embedded business.

These figures represented significant growth from the results seen in the same period a year prior of $533 million and $87 million, respectively.

Let's take a closer look at what drove this strength and what Intel management expects from the segment for the rest of the year -- and beyond.

This led to Srivastava asking Krzanich about what kind of growth rate investors should expect to see in this business going forward.

"I would tell you that I'd reiterate what I said, which is it's a mid-teen type of growth rate," Krzanich said. "And you got to take a look at this over the long haul."

Krzanich went on to explain that the design cycles in this business tend to be slower than they are in other parts of the company's business.

"Autonomous driving vehicles are a good example," he began. "If you're out winning designs today, you're winning 2018/2019 card designs. Those are what are being won today."

PC-like margins
Although Krzanich is calling for really nice growth rates here, he also believes that this segment can offer "PC-like" margins. As noted above, operating income for this segment last quarter came in at around 19% of revenue. It's key to note that although revenue growth came in at 22% year-over-year (a very strong result), operating income was up an impressive 40%.

This segment had actually started to see operating margin compression as it started ramping up research and development (and likely marketing) spending to support future products/business opportunities. However, it would seem that operating margins are back on the rise as revenue growth reaccelerates and more than offsets any year-over-year spending increases.

This is a business to watch
Although Intel's Internet of Things business isn't even close to the size of its Data Center or PC businesses, as a stand-alone entity this business would actually be a sizable chip/platform company. That being said, this business tends to leverage a lot of the core technology development done in support of other businesses so as a stand-alone entity it would likely not be as profitable as it is today.

At any rate, it's looking as though Intel's Internet of Things business is quite successful and, over time, could start contributing revenue/profits that actually move the needle for the chipmaker.