What: Shareholders of MannKind Corporation (NASDAQ:MNKD), a small-cap biopharmaceutical company primarily focused on inhaled insulin, had a rough April. The company's stock plunged by more than 15% during the period, according to data from S&P Global Market Intelligence. 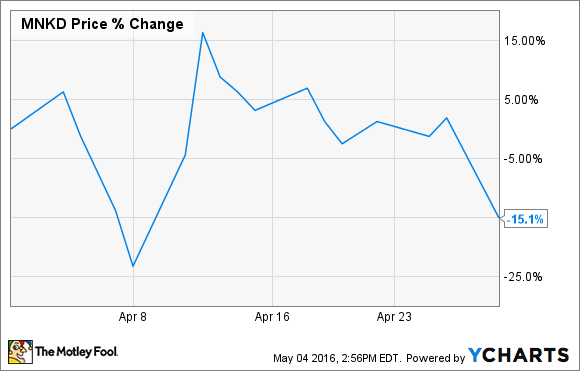 So what: It was a busy month for the diabetes-focused company, and management had plenty of updates to share with investors.

MannKind also held another special call with investors in April to provide more details about the company's finances and commercialization strategy for Afrezza.

Here are some details that investors need to know:

And yet, despite providing investors with all of this information, the market remained skeptical about the company's chances of success.

Now what: MannKind is currently in the middle of a massive strategy shift. Meanwhile, since more than 100 million shares of its stock have been sold short, which represents roughly 37% of its publicly traded float, the share price is likely to remain extremely volatile.

Investors will get another update from the company on May 9 when the company reports its first quarter earnings.