Please ensure Javascript is enabled for purposes of website accessibility
Log In Help Join The Motley Fool
Free Article Join Over 1 Million Premium Members And Get More In-Depth Stock Guidance and Research
By Brian Stoffel - May 7, 2016 at 10:25AM

These aren't your grandparents' value stocks. But there's a growth hook to each that's largely ignored. 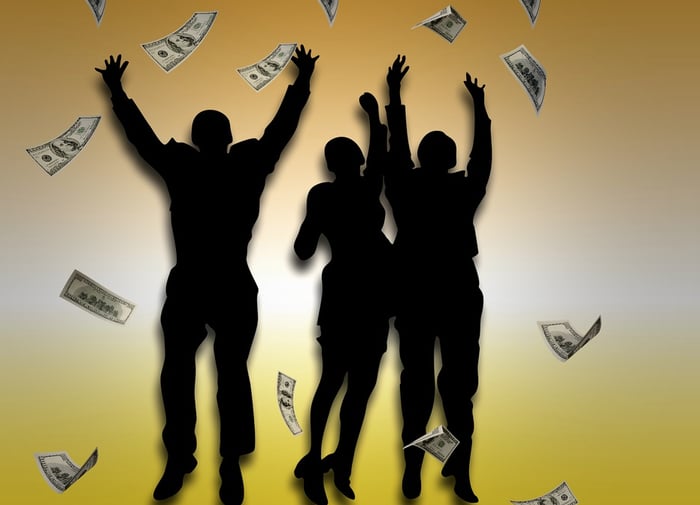 You can buy these two growth stocks for very reasonable prices right now.

When you read an article about "bargain stocks," you're likely to hear about companies that are a value investor's dream: unknown, underappreciated, and with ridiculously low expectations.

You won't find that in this article, because I'm simply not much of a "value" investor. Instead, I like to focus on companies that are growing and disrupting their industries. So the two stocks I'm going to tell you about today -- Baidu (BIDU 1.86%) and Mercadolibre (MELI 3.62%) -- might not seem all that cheap.

But after going through the basics of what these two stocks sell for, I'll fill you in on the growth hook that I think is being underappreciated, and you can determine for yourself how much of a bargain each one is.

Baidu
For those unfamiliar, Baidu is China's largest search engine, but it has several irons in the fire, including mobile operating systems, streaming videos, and email...to name just a few. Here's a quick primer on how much shares of Baidu are trading for, based on a price of about $175 per share.

On the surface, I wouldn't blame you one bit for thinking that Baidu is expensive. Any company trading for near 40 times earnings isn't cheap. But there's more to the story than that.

The growth hook: dominant market share and O2O initiative
Before getting to the growth hook itself, it's worth mentioning that Baidu holds an absolutely dominant space in the Chinese Internet world. The company currently claims a near-80% market share in Chinese search queries, according to ChinaInternetWatch.com.

With hundreds of millions of Chinese residents coming online every day for the very first time, Baidu's advertising revenue is all but guaranteed to continue increasing at impressive rates.

But what's really important is the company's Online-to-Offline (O2O) initiative. It works like this: Say you want to buy movie tickets. You type in a search on Baidu's webpage. You get your results. But, instead of leaving Baidu's page to buy tickets on the movie theater's webpage, you can buy your tickets directly with Baidu.

The process is seamless, and enticing for both the movie theater and you: Baidu has your credit information on file, you don't have to type in a bunch of numbers just to buy tickets, and the movie theater knows this makes you more likely to actually purchase tickets online, increasing the likelihood that it receives money based on the online search.

But the O2O initiative isn't cheap. R&D spending, as well as SG&A, have increased roughly 150% and 230%, respectively, over the past two years. It takes manpower (SG&A) to convince individual companies to use Baidu's O2O offering, and it takes a lot of new technology (R&D) to make it seamless and functional.

Already, however, the bet seems to be paying off. Revenue increased by 54% in 2014, and jumped another 35% last year.

Wall Street doesn't like that earnings have essentially been flat over that time frame. But I think that's shortsighted. So does Baidu co-founder and CEO Robin Li, who quipped that American investors don't understand the opportunity he's pursuing, and even talked about delisting to put the company on Shanghai's exchange, where it would be better understood.

Mercadolibre
Mercadolibre has a little something for everyone. Its core business is in providing an eBay-esque (EBAY 2.93%) marketplace in Central and South American countries. But it also has a pay service, Mercadopago, and fulfillment capabilities as well -- making it very well-diversified.

Take one look at the company's metrics, and you might be surprised at how expensive it is.

Who in the world would want to buy a company that trades for 44 times earnings, and is considered to be valued at roughly twice its growth rate (PEG ratio)? The answer, I believe, should be: YOU!

The growth hook: currency headwinds
By far the most important thing to understand about Mercadolibre is that the company reports results in U.S. dollars. Because of the recent strength of the dollar against Latin American currencies, results have looked muted, even though that's not the case at all.

Take a look at marketplace revenues in three of the company's four most important countries last year.

And this doesn't even include Venezuela, Mercadolibre's third-largest country in revenue. I didn't include it because the inflationary pressures of the bolivar would have skewed the chart dramatically. Revenue from the country was down 29.4% in 2015, but in local currency, it was up almost 300%!

Taken together, Mercadolibre saw its revenue in local currency increase an eye-popping 79.6%, even though it jumped just 17% in dollars.

For long-term investors, this shouldn't be a major concern. While I can't try to divine exactly what, when, or how currencies will fluctuate, I know that over a long enough time frame, such lumps eventually get evened out. And for a company performing as well as Mercadolibre is, I think that's a bet worth taking.