Please ensure Javascript is enabled for purposes of website accessibility
Log In Help Join The Motley Fool
Free Article Join Over 1 Million Premium Members And Get More In-Depth Stock Guidance and Research
By Palbir Nijjar - May 7, 2016 at 7:42AM 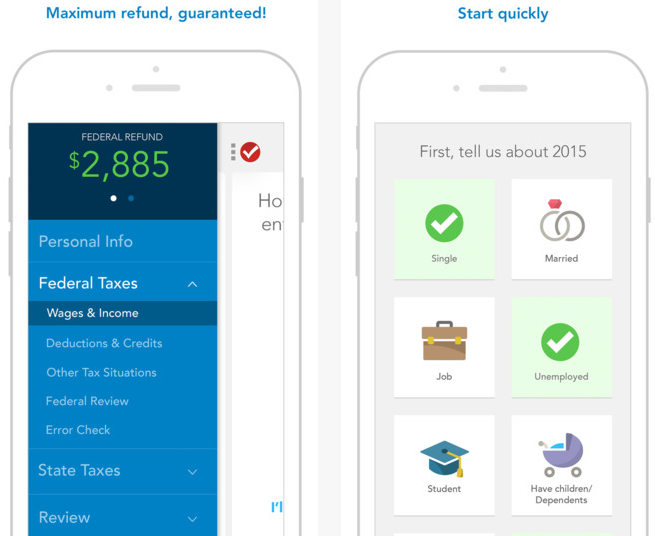 Investors can expect another solid quarter from Intuit Inc (INTU -4.64%). The software maker famous for QuickBooks and TurboTax recently announced a strong tax season, selling nearly 28 million units of TurboTax Online through the tax season, up 15% from the prior year. Intuit now expects 8% to 9% full-year growth in the consumer tax segment of its business, which exceeds the prior guidance of 5% to 7% year-over-year growth. The company's third-quarter report is scheduled for May 24.

While Intuit's 2016 fiscal year is shaping up to be a good one, the same could not be said for 2015, when Intuit experienced a revenue decline of 1% and a 43% decline in operating income. Last year was a transitional year for Intuit as the company sold off Quicken, the personal finance product that made Intuit. It also increased focus on developing innovative solutions within its online subscription-based model.

The shift to online services is proving successful for Intuit. The number of online customers increased at a compound annual growth rate of 11% from FY '12 to FY '15 while desktop users declined. However, growth started to plateau in 2014 and the company once again had to innovate. 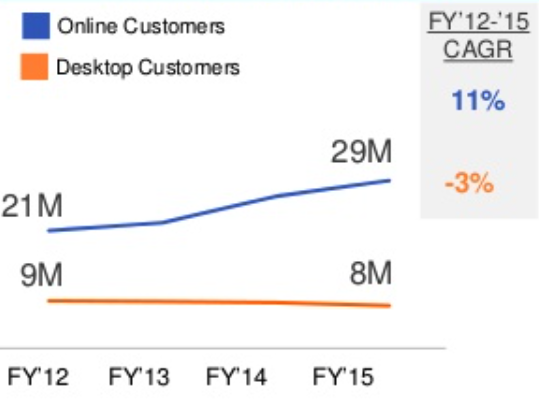 Skating to the puck
Hockey legend Wayne Gretzky is credited with saying, "Skate to where the puck is going, not where it has been." This quote has become an overused business cliché, but it is not practiced as much as it is preached.

Netflix (NFLX -4.20%) is a prime example of an innovative company that did skate to where the puck is going. It essentially cannibalized its successful DVD delivery business by providing instant streaming. Apple (AAPL -2.38%) killed a large portion of its iPod business by creating a phone that also stored and played music.

Intuit began shifting from shrink-wrapped desktop products to selling online services in 2008. The strategy proved successful. In 2015, over 70% of its revenue came from the connected services segment of its business. 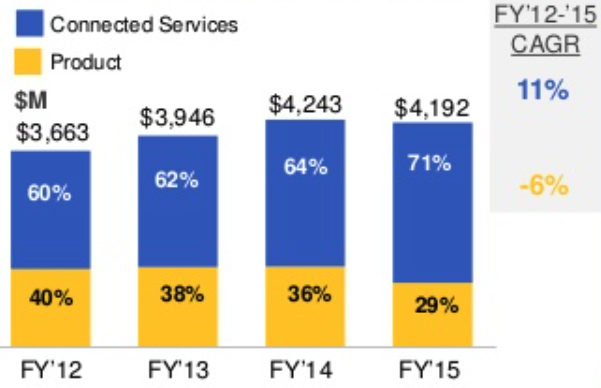 To help accelerate growth going forward, the company shifted to developing a customer-focused product. Over the last year, the company put more than 23 "product innovations" into the market compared to six innovations annually in prior years, according to CEO Brad Smith. In a recent CNBC interview, Smith mentioned that these innovations resulted in taking 3 percentage points in market share.

Innovation culture
When you think of innovation, you don't think about a 31-year-old, 8,000-employee software company that sells small-business and tax software. However, Intuit is just that and it's winning with innovation.

At the core of Intuit's innovative culture is its "Design for Delight" philosophy. Intuit claims that its design philosophy has helped bring more than 250 product innovations to market. Design for Delight is centered around three core principles, which, in Intuit's words, are:

Additionally, the company provides up to 10% of unstructured time to employees to work on projects they are passionate about. This time has resulted in success stories such as SnapTax, an app that allows user to snap a picture of their W-2, answer a few questions, and file their taxes from their mobile device.

The success of Intuit's innovation initiatives can be measured not only by increases to the top and bottom lines but also with employee satisfaction. According to employee survey site Glassdoor, 75% of employees who submitted a rating would recommend the company to a friend and 93% approve of the job CEO Brad Smith is doing. Intuit was also named No. 2 in Fortune's 2015 Most Admired Software Companies and one of Fortune's Top 100 Companies to Work For.

In a rapidly changing business environment, innovative companies that can adjust to and create new customer behaviors will be the ones that will have success. For over three decades, Intuit has been one of those companies. With a strong, customer-focused culture based on entrepreneurship and innovation, Intuit should be able to continue that success going forward.