Please ensure Javascript is enabled for purposes of website accessibility
Log In Help Join The Motley Fool
Free Article Join Over 1 Million Premium Members And Get More In-Depth Stock Guidance and Research
By Cory Renauer - May 10, 2016 at 7:02AM

A new chairperson and positive results from its lead candidate in glaucoma pushed this stock way up.

What: Shares of  Inotek Pharmaceuticals Corporation (NASDAQ: ITEK), a clinical-stage biopharmaceutical company developing therapies for eye diseases, gained 28.4% in April, according to data from S&P Global Market Intelligence. Appointing former Boehringer Ingelheim CEO J. Martin Carroll as the new chairperson of its board and getting some positive data for its lead candidate lifted the stock. 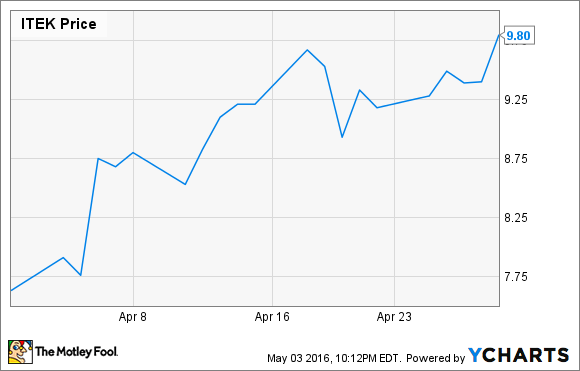 So what: The election of J. Martin Carroll to chair the company's board of directors is a step in the right direction for Inotek. After 25 years with Merck and several more as CEO of Boehringer Ingelheim, he's had experience launching successful products that should help guide Inotek through its transition from a clinical- to commercial-stage company.

Results released on April 11 from a phase 2 trial with its lead candidate trabodenoson, for treatment of glaucoma, suggest Inotek will be making the transition soon.

The company added a placebo group to the dose escalation trial and found the highest dose was significantly more effective at lowering intraocular pressure than a placebo after four weeks. Most importantly, trabodenoson was well tolerated, without any side effects.

Now what: The company has already started enrolling patients into a phase 3 trial with trabodenoson that could support a new drug application. Top-line data from the program should be ready by the end of the year.

If the results are good, expect a round of cheers from eyeball doctors. Contrary to popular belief, marijuana is not an effective treatment for glaucoma. While a number of agents are in use, there aren't any that effectively lower intraocular pressure with once-daily dosing and a strong safety profile. 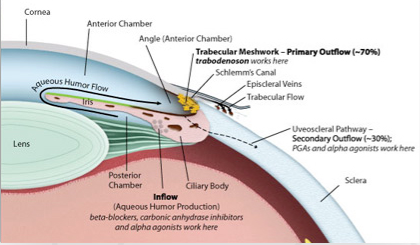 Glaucoma is caused when the aqueous humor, which is constantly produced, can't exit the space between the cornea and the lens, or intraocular space. Trabodenoson is a first-in-class drug designed to stimulate the eye's natural pressure control system, called the trabecular meshwork, it and seems to be what ophthalmologists have been clamoring for.

Americans spend about $2 billion each year on existing, but unsatisfying, glaucoma treatments. However, this drug could reach a much wider patient population. An estimated 4% to 10% of adults over 40 years old have high enough intraocular pressure to put them at risk of developing glaucoma, which spells out "blockbuster potential" in a big, easy-to-read font.