Please ensure Javascript is enabled for purposes of website accessibility
Log In Help Join The Motley Fool
Free Article Join Over 1 Million Premium Members And Get More In-Depth Stock Guidance and Research
By Leo Sun - May 12, 2016 at 5:43PM

Baidu and Netflix delivered phenomenal returns over the past decade.

In the Millennium Edition of Peter Lynch's classic, One Up on Wall Street, the legendary investor highlights several stocks which turned an initial $10,000 investment into millions of dollars within a decade. Between 1989 and 1999, Dell -- which tops Lynch's list -- turned $10,000 into $8.9 million, while Clear Channel Communications turned a $10,000 investment into $8.1 million. The other eight stocks in the top ten also generated hundreds of thousands of dollars each.

Hindsight might seem 20/20 when looking back at case studies like this, but multibagger stocks such as these are more common than some investors think. Let's take a look at two more recent multibaggers -- Baidu (BIDU 1.86%) and Netflix (NFLX 2.90%) -- and see the massive returns that simply buying and holding both stocks would have produced over the past decade. 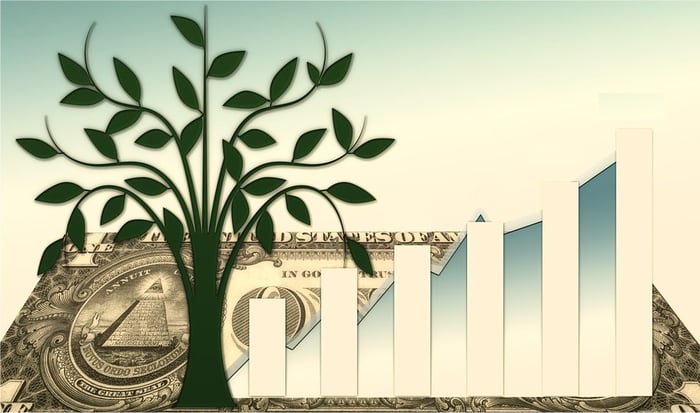 But assuming that you weren't able to secure IPO shares, you could still have made a lot of money by waiting for the initial euphoria to fade. Baidu's stock ended its first day of trading at $122.54 -- a whopping 354% gain from its IPO price. But by February 2006, the stock had fallen to around $45 per share due to concerns about its valuation. Spending $10,000 at that low point would have given you 222 shares, which would have been split into 2,220 shares and be worth more than $377,000 today.

Over the past decade, Baidu's valuations have cooled and the stock is now actually undervalued relative to its growth potential. The stock has been under pressure due to concerns about the Chinese economy and the company's increased investments in O2O (online to offline) initiatives. But analysts still expect the company to grow its annual earnings by 32% over the next five years -- which gives it an undervalued 5-year PEG ratio of less than 1.

However, patient investors who waited for Netflix to drop below its IPO price in late 2002 were even more richly rewarded. During that year, the stock hit an all-time low around $5 due to concerns about its business model and valuation. $10,000 would have be enough to buy 2,000 shares, which would split into 28,000 shares with a value of $2.55 million.

But unlike Baidu, which now trades like a mature tech stock despite having high earnings growth, Netflix still trades with high multiples and faces tough questions about its long-term plans. Analysts currently expect Netflix's annual earnings to grow at a healthy clip of 22.5% over the next five years, but that growth rate doesn't justify its lofty P/E ratio of 314. Despite producing lots of original shows and movies, the company's biggest expenses are still streaming content obligations paid to TV and film studios. It also faces fresh competition from stand-alone streaming apps like HBO Now, as well as data-free video bundles from major telcos.

The key lessons
Whether or not Baidu and Netflix can still be multibaggers from current levels is debatable, but their past price performance teaches us two valuable lessons. First, buying and holding for over a decade can yield big gains, but only if you're not shaken out by a quarter of missed earnings or negative headlines. Second, big gains aren't just reserved for big investors who are allocated IPO shares. Investors would have done fine in both cases by waiting for the IPO hype to fade before picking up shares at lower prices.

In One Up On Wall Street, Peter Lynch recommends investing a small amount of "mad money" into a smaller stock with growth potential. If the stock drops to zero, the loss would only impact a small percentage of your overall portfolio. But if it turns out to be a multibagger like Baidu or Netflix, the gains could be life-changing.