Please ensure Javascript is enabled for purposes of website accessibility
Log In Help Join The Motley Fool
Free Article Join Over 1 Million Premium Members And Get More In-Depth Stock Guidance and Research
By Brian Stoffel - May 12, 2016 at 10:07AM

But beware: Not all that glitters is gold.

There's no reason to deny it: Seeing your investment dollars double in less than six months' time is downright exciting. "With success like this, I could retire in a couple of years," you might think to yourself.

Below, we'll go over three stocks that have doubled since New Year's Day. But don't get too excited -- as you'll soon see, such rapid rises often hide dangerous risks.

A-One is basically the middleman between tobacco growers worldwide and major cigarette producers. It selects, purchases, processes, packages and ships tobacco to minor and major companies. 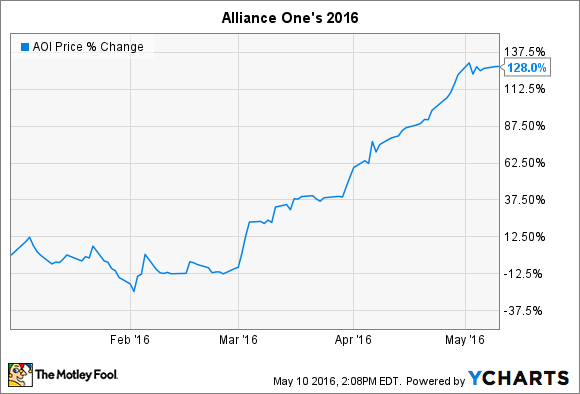 But zoom out a bit and you'll see that there isn't that much to get excited about—the stock is actually losing to the S&P 500 since just last September. 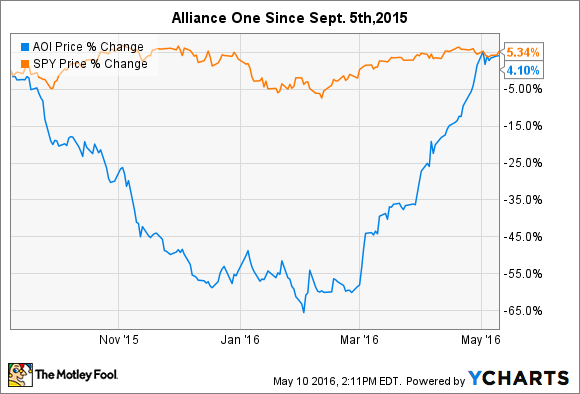 That's because the company uncovered irregularities in accounting with its operations in Kenya in late 2015. Management was forced to admit a number of previously filed 10-Qs were likely not accurate. The bounce back in 2016 is mostly due to the fact that A-One has now balanced its books, and the company has been given the "all clear" by the SEC.

The takeaway: Accounting irregularities can uncover attractive buying prices. But beware, because things could just as easily go the other way -- with further problems causing a stock to tank.

I picked U.S. Steel as more of a bellwether. The company's stock is up 106% YTD, but in reality, there are at least 20 companies in the mining industry (steel, iron ore, gold, silver, etc.) that have seen their stocks at least double this year.

It's not tough to see where the excitement is coming from. Iron ore has gone from roughly $40 per dry metric ton in late December to $63 today. That was helped in no small part by a decision from the federal government to put protective tariffs on cheap Chinese imports.

While that type of momentum is exciting, it's worth noting the U.S. Steel—and many of its brethren—are burning through cash at an alarming rate, and would need an impressive recovery in heavy construction worldwide to sustain long-term gains.

If we back out over the past 10 years, you can get an idea of just how far the stock has fallen. 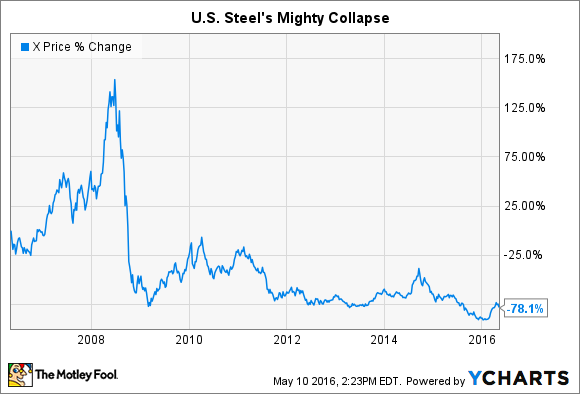 The takeaway: Depressed industries can offer quick pops in price. But be sure you understand the ins and outs of the specific industry -- otherwise your investment is more of a lottery ticket.

With a focus on regenerative medicine, Athersys is developing ways to use stem-cell technology to improve medical outcomes. Specifically, the company is working on therapies to help treat stroke victims.

The company focuses specifically on partnerships with businesses based in Asia -- specifically Japan. The acceptance of stem-cell funding and research is more widespread and less religiously controversial than in many Western countries.

Athersys found itself in a tough spot in late 2015 when one of its key partnerships dissolved. Since then, however, the company has found a new partner in Healios K.K., which is based in Japan. Furthermore, quarterly profit came in far ahead of expectations for the fourth quarter, showing a gain of $0.06 per share, while analysts were expecting a loss of $0.08 per share.

As with the others, however, there's more to this tale. Take a look at the ups and downs the stock has taken since going public. 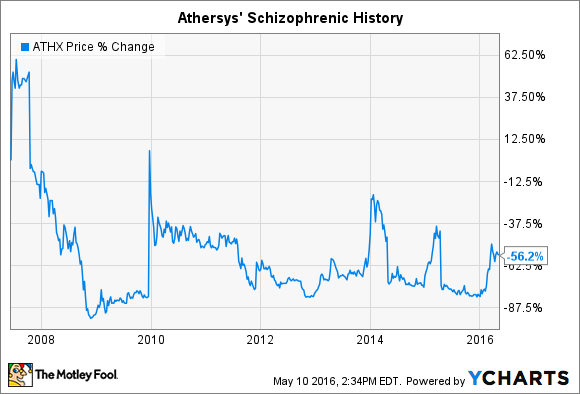 The takeaway: Investing in cutting-edge medical companies isn't for the faint of heart. Don't allocate too much of your portfolio here, as you'll only need one or two winners to make up for all of your losers.