Please ensure Javascript is enabled for purposes of website accessibility
Log In Help Join The Motley Fool
Free Article Join Over 1 Million Premium Members And Get More In-Depth Stock Guidance and Research
By Chris Neiger - May 12, 2016 at 6:41PM

The company continues to move away from its mobile dependence, but not fast enough. 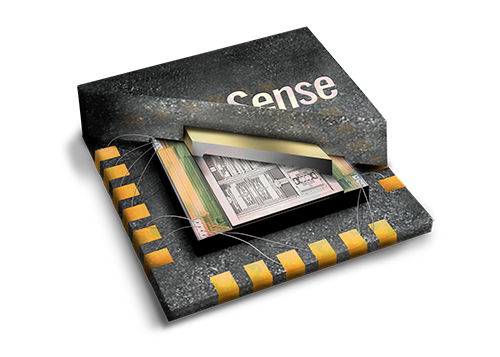 InvenSense's (INVN) fiscal Q4 2016 results earlier this week fell mostly in line with the company's expectations, but that doesn't mean the numbers were all that encouraging. The microelectric mechanical sensor (MEMS) maker posted net revenue of $79.5 million, down 20% year over year from $99.3 million.

The drop, though not great, wasn't unexpected. The company's revenue guidance for the quarter was set for $77 million to $83 million.

On the positive side, InvenSense appears to be looking outside of its core customers for revenue. It earned about 32% of sales from its "other" segment, up from 21% sequentially. The revenue in this segment is from Internet of Things pursuits, and management believes it'll continue to grow.

According to InvenSense VP and CFO Mark Dentinger on the earnings call, "[T]he IoT and other buckets get progressively a bigger piece of the mix; that is probably a good indication that there will be some opportunity to get margins up a little bit. And we see it getting -- for the next couple of quarters -- a little bit better just because of the mix distribution."

For now, though, InvenSense is still heavily exposed to its to larger customers, Apple and Samsung, which currently represent about 39% and 14% of revenue, respectively.  The company earned 54% of Q4 revenue from both smartphones and tablets, and optical image stabilization (OIS) comprised 14% of revenue.

That dependence on its larger customers and the broader mobile market led InvenSense CEO Behrooz Abdi to note a "weakness in revenue" from the mobile market in the coming quarters:

... the overall mobile market has softened significantly in the past several months and is expected to continue to experience weakness in the coming quarters. We expect to see similar relative weakness in our revenue from mobile customers and are planning our business accordingly.

Abdi attempted to allay fears about future losses by saying, "[W]e believe that our position within the mobile market remains strong, with little change from the dynamics we discussed in previous quarters."

Investors weren't comforted by these Q1 projections, though, and sent the company's share price down. It has slumped more than 7% since the earnings release.

InvenSense continues to fight an uphill battle as it moves away from its dependence on mobile and looks for new ways to bring in revenue. The question is whether the company can do that fast enough even for the most patient investors. InvenSense is still overexposed to its mobile customers and, by its own admission, it doesn't appear that'll change in the coming quarters.