Please ensure Javascript is enabled for purposes of website accessibility
Log In Help Join The Motley Fool
Free Article Join Over 1 Million Premium Members And Get More In-Depth Stock Guidance and Research
By Daniel Miller - May 13, 2016 at 5:12PM

While the company may emerge from this cyclical downturn more efficient than it has been historically, it's steel business is struggling right now. 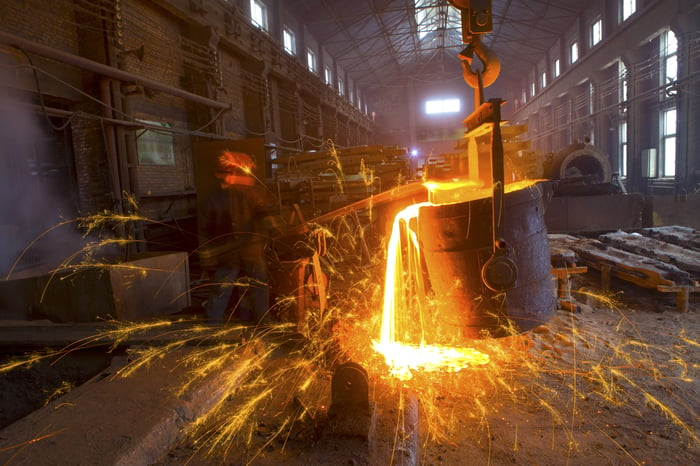 What: Shares of Brazilian steel maker Companhia Siderurgica Nacional (SID -4.10%) traded more than 13% lower Friday after the company posted disappointing results during the first quarter of 2016.

So what: During the first quarter, the company's net revenue checked in at 3,843.8 million reals ($985.6 million), which was a decline of 4.2% compared to the prior year. The lower revenue result was driven by lower sales volume in the company's steel business. Steel revenues, which accounted for 68.2% of net revenue, declined 10.1% compared to the prior-year's first quarter.

While it was unable to offset declines in the steel business, revenues from the company's mining segment managed to grow 18.1% year over year, to generate 18.8% of net revenue. Lastly, the company's logistics segment accounted for 8.6% of revenue, which was an 18.5% gain over the prior year, and its cement and energy segments generated 2.8% and 1.6% of revenues, respectively.

Now what: The story here is simple: The company posted disappointing results during the first quarter in terms of a declining bottom line. The company recorded a net loss of 831.3 million reals ($213.2 million) compared to the prior year's earnings of 391.8 million reals ($137 million). 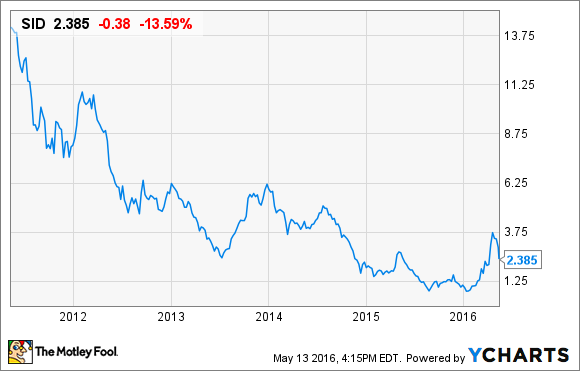 The company's stock price has rebounded for the most part in 2016, minus Friday's setback, but the stock has continued to slide lower during the past five years, and still faces headwinds as the end commodity market has been hit on multiple fronts, and the steel business remains tough.

Why Brazilian Stocks Are Hopping as Much as 16% Today

Why Steel Stocks Are Sagging Today