A key investment bank tracking top marijuana stock Canopy Growth (NASDAQ:CGC) has lowered its recommendation on the company. Bank of America Merrill Lynch now has the company's shares at "neutral," a cut from the former "buy" designation.

More drastically, Bank of America severely reduced its price target on the stock. It currently believes Canopy Growth is fairly priced at $27 per share; its most recent previous price target was $46. 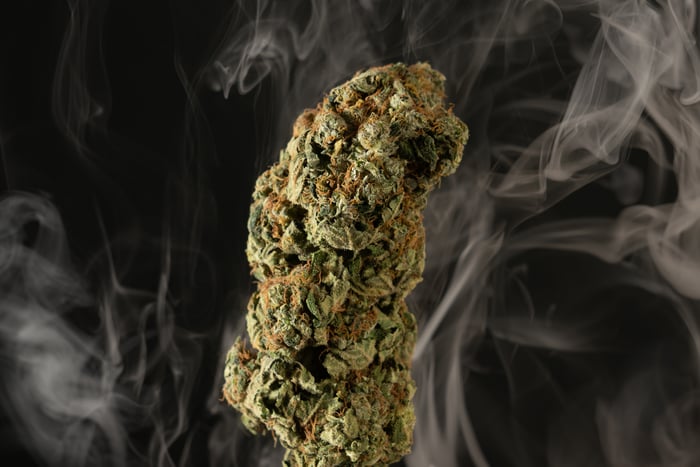 In the note, analysts Christopher Carey and Lisa Lewandowski wrote that investor expectations have been set too high for this stock. The pair also expects Canopy Growth's native market of Canada to experience a slump over the near future. This should affect not only this company but also the wider cannabis industry.

Carey and Lewandowski also pointed to the recent controversies over vaping as a factor in their downgrade. Several fatalities have even been linked to the activity, although the finer details are still vague, and no company in particular -- cannabis or otherwise -- has proved to be at fault.

Regardless, vaping is a popular method of cannabis consumption, so any negative associated with it will bounce on to companies in the marijuana field. That said, the Bank of America prognosticators believe this will be a short-term development.

Bank of America initiated coverage on Canopy Growth in mid-April with that buy recommendation. At the time, the bank's price target on the stock was $52 per share.

Bank of America's new rating is the second "neutral" in as many weeks from prognosticators that follow the stock. Earlier, Oppenheimer initiated coverage on the shares, with a "perform" rating that equates to a neutral. That bank posted a frightening estimate -- over $500 million -- for bottom-line losses across the two-year stretch ending in March 2021.

But not every recent note about Canopy Growth has been negative. At the end of August, Seaport Global went in the opposite direction of Bank of America and raised its recommendation. In Seaport's eyes, the marijuana stock has become a buy, a step up from the existing neutral.

While acknowledging the general risks inherent in today's cannabis industry, analyst Brett M. Hundley cited bullish factors -- not least the strong cash position held by the company thanks to the Constellation Brands investment, which it can use for acquisitions or the development of value-added products.