A news report indicates that a familiar presence may be the next executive to helm the global journalism powerhouse.

The New York Times' (NYT 1.33%) chief operating officer, Meredith Levien, may soon lead the newspaper as its next chief executive officer, according to a report by Bloomberg News on Friday.

Citing that ever-reclusive source, "people familiar with the matter," the news agency stated that Levien is first in line for CEO Mark Thompson's seat, and may take over as soon as April of this year. 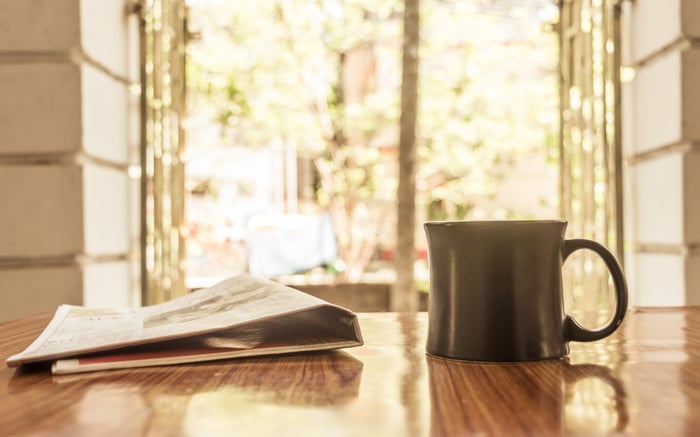 Levien had served as The Times' chief revenue officer since 2015 before being promoted to her current position in 2017. During her tenure as COO, The Times has transformed its revenue structure into a "subscription-first" model relying heavily on digital content subscriptions. In 2015, the company set out to double its annual digital subscription revenue of $400 million by year-end 2020. It achieved this benchmark one year ahead of schedule, netting $801 million in digital "subs" revenue in 2019.

In addition, Levien has presided over the paper's expansion into new content revenue streams, such as its widely followed podcast "The Daily," and an increasing investment in popular subscription verticals like its cooking and crosswords products. An active presence in investor presentations and earnings conference calls, Levien is well-known to the investment community and represents continuity in the execution of CEO Thompson's vision, which has helped The Times become one of the few large news organizations to successfully manage a transition from print to digital journalism.

Should Ms. Levien indeed be named as a successor to Thompson, shareholders will likely applaud the decision and its endorsement of continuity. After all, since the beginning of 2015, the current management team has produced results that have sparked a cumulative total return in shares of a newsworthy 157%.