These retirement accounts can be a great way to save, but you can't afford to make mistakes. 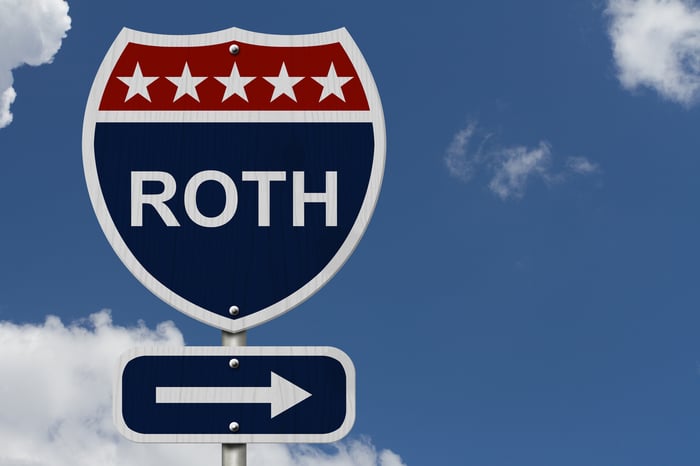 1. Not paying attention to income limits for Roth IRA contributions.

One mistake that many people make is ignoring the fact that not everyone is allowed to make Roth IRA contributions. Specifically, there are income restrictions that are based on filing status, and if you make more than the threshold amount, you can't make any Roth IRA contributions at all.

Data source: IRS. * Separate filers can use higher single amount if they did not live with their spouse at any time during the year.

Fortunately, the IRS acknowledges that you don't always know whether you'll go over these limits at the beginning of the year. Therefore, you have a chance to take out the money you contributed to the Roth IRA if you later find out that you were ineligible to make a contribution. However, you have to get the money out by the due date of the tax return for the year in which you made the Roth IRA contribution, including any extensions that you might qualify to take. If you don't, you'll pay a 6% penalty for every year you fail to withdraw the excess disallowed amount.

Once you've made a contribution to a Roth IRA, there are rules you have to follow if you want tax-free treatment on the income the account generates. Two of them involve five-year periods, and they are therefore known as the five-year rules.

One five-year rule says that you have to have money in a Roth IRA for at least five years before you can make withdrawals that are eligible for tax-favored treatment. That's the case even if you turn 59 1/2 before the five-year period ends. The IRS treats the five years as starting on Jan. 1 of the tax year for which you make your first Roth IRA contribution. You can still withdraw your initial contribution without being taxed, but withdrawals of income on that contribution are subject to the rule.

The other five-year rule deals with Roth conversions. If you convert a Roth and then make withdrawals within five years, you have to pay a 10% penalty unless an exception applies. This rule keeps people from abusing the conversion privilege to try to avoid the penalty that would apply to traditional IRA withdrawals. The rule doesn't stop you from withdrawing from other Roth IRAs you might already have.

3. Forgetting about the ability to do-over a Roth IRA conversion.

Roth conversions can be a great way to lock in the benefits of tax-free growth, paying a one-time tax bill on the amount converted. However, many people don't realize they can undo a Roth conversion, and sometimes, it makes a lot of sense to do so.

The most common situation in which a do-over makes sense is when the value of your investments drops after you convert. For instance, say you convert a $50,000 IRA to a Roth at the beginning of the year and a bear market reduces the value of your Roth investments to $40,000 by the end of the year. You can do what's known as recharacterization by asking your IRA provider to put the Roth money back into a traditional IRA. By doing so, you'll be treated as if you had never done the conversion in the first place.

The reason you'd do this is that you can then later reconvert the smaller amount of assets, taking a smaller tax hit. In the example above, if you reconvert in the following tax year after recharacterizing, then you'll only have $40,000 in taxable income from the conversion rather than $50,000. Moreover, you won't have to recognize that income until the following year, buying extra time in the process.

Roth IRAs are useful tools for planning for your retirement, but don't let yourself fall into silly traps that can sap the value of the Roth strategy. By knowing about these three common mistakes, you can avoid them and still use Roth IRAs to the fullest extent possible.