It's a frightening statistic that 47% of Americans would struggle to come up with $400 to cover an unplanned expense. Yet nearly half of today's workers are living paycheck-to-paycheck, with no financial cushion whatsoever, and a big part of the reason boils down to living beyond our means.

Now you might be thinking: I work hard for the money I earn, so shouldn't I spend it? And there's some truth to that. We all deserve to enjoy the fruits of our labor, but many of us take that to an unhealthy extreme by not only spending every penny we bring home, but exceeding our earnings and racking up debt. If you're not sure where you fall on the spectrum, here are some clues that your spending needs to be scaled back -- immediately. 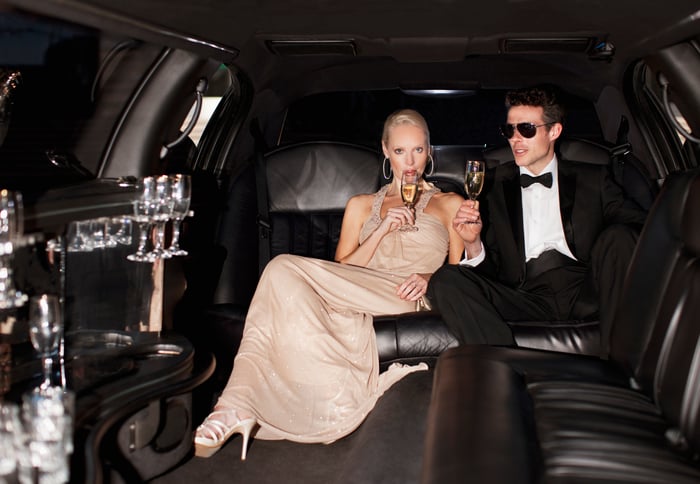 1. Your credit score is low

There are several factors that go into your credit score, some of which carry more weight than others. The two biggest, however, are your payment history, which speaks to your ability to pay your bills on time, and your credit utilization, which is the extent to which you're using your available credit. If you're living beyond your means and spending too much, you'll be less likely to pay your bills in a timely fashion. Similarly, if you're using a large percentage of your total credit line, it's probably because you're racking up too many charges and not paying them off quickly enough.

Credit scores can range from 300 to 850, but a score below 580 is considered poor, according to Experian, one of the three major credit bureaus. If your score has plunged into unfavorable territory, it's a sign that your lifestyle is too large for your income.

2. Your housing costs eat up more than 30% of your paycheck

Housing is many Americans' largest monthly expense, and while it's natural to want to live in a home that's spacious and conveniently located, it's also easy to fall into a trap where you're overspending on housing, and thus putting your finances at risk. No matter how much you earn, your housing costs, which include your mortgage payment, property taxes, and homeowners' insurance, should never exceed 30% of your take-home pay. If your current housing expenses surpass this limit, it's a clear indication that you're in way over your head.

Between 2011 and 2014, 52% of Americans had to make at least one major sacrifice to cover their housing costs, according to the MacArthur Foundation. These included delaying retirement savings and cutting back on healthcare. Though you might justify an expensive home as your one indulgence, so to speak, taking on too much house also puts you at risk for higher-than-average maintenance costs, which can wreak havoc on your budget and compromise your financial security. You're better off finding a less lavish home you can more comfortably afford -- meaning, one whose total anticipated monthly costs equal less than 30% of what you bring home in your paychecks.

3. You're not saving any money

Working Americans are generally advised to set aside a minimum of 10% of each paycheck for emergency savings or retirement. If your expenses are such that there's absolutely no money left over each month to stick in the bank, it's a sure sign that you've adopted too costly a lifestyle.

Now what if you fall into that category of people who are saving some money each month, but perhaps nowhere close to that 10% target? If that's the case, your spending may not be too egregious in the grand scheme of things, but it could mean that you've already embarked on a very dangerous path.

If any of these circumstances apply to you, it's time to start changing your ways -- before your long-term finances take an irreversible hit. To start, create a budget that outlines your current spending, and compare it to what you're getting from your monthly paychecks. Next, work on cutting expenses so that you're not only spending less than what you bring home, but have at least some money left over to add to your savings.

You can approach your cost-cutting efforts in one of two ways. Some people prefer to slash one major expense, like housing or a car payment, to improve their financial picture. Others might opt to eliminate a number of smaller, less significant expenses, like cable, restaurant meals, and lawn or house-cleaning services. Whether you go with the former or the latter really boils down to which situation you think you'll adjust to more easily. Some folks might have a hard time moving to a new home, and so they'd rather cut 12 other expenses to stay put. The choice is ultimately yours, but the key is to do something rather than continue down your current road and suffer the consequences eventually.