The United States might be the world's preeminent economic and military superpower, but when it comes to our personal savings rate and preparing for retirement, America is really no better than average. According to data from the St. Louis Federal Reserve, the personal savings rate for the average American was just 4.8% in June, unchanged from the same month last year.

Although this is up from the sub-2% personal savings rates witnessed in 2005, when it seemed the stock market, housing market, and jobs market could do no wrong, it's well below developed countries such as Germany and France, which had personal savings rates of 11.4% and 16%, respectively, in 2011, per the Organisation for Economic Co-operation and Development, or OECD.

Why are personal savings rates so important? It's no secret that the more money people can save for retirement, and the earlier they begin, the more they can use time and compounding gains to their advantage. If American workers have a lower propensity to save, they'll need a longer investment horizon, or a lot of luck, in order to meet or exceed their retirement numbers.

Yet even though personal savings rates have remained unchanged year over year, according to research firm Hearts & Wallets, an interesting shift in where people are placing their savings is well underway. 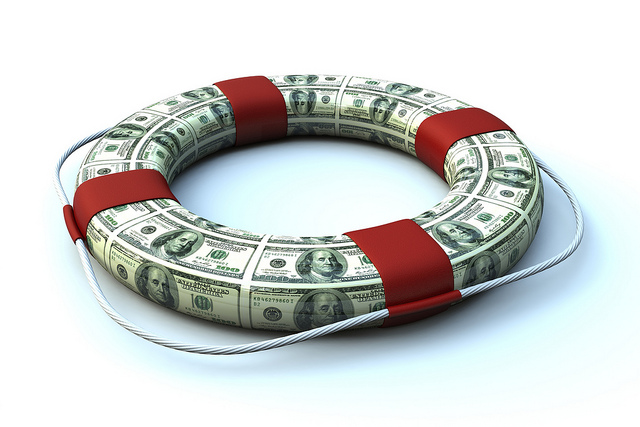 American workers are leaving $24 billion on the table
Based on its recently released annual survey of 5,500 U.S. households, Hearts & Wallets established that a majority of households focused on building up their emergency savings last year. Its survey showed that 37% of surveyed households set aside money for unexpected expenses in 2013 compared to 45% in 2014.

Why is this a problem? Based on the findings of Financial Engines (in a separate study), about a quarter of all workers are failing to contribute enough to their employer-sponsored retirement plans (ESRP) in order to get a full match from their companies. Though around a quarter of employers don't offer a match with an ESRP, three-quarters do, with around a third matching in the neighborhood of 3%, another third offering a match of 4%-6%, and roughly one in 10 matching in excess of 6% for their employees.

According to Financial Engines' calculations, the roughly one quarter of workers not maxing out their ESRPs are leaving a cumulative $24 billion on the table, or $1,336 per person, per year. And just in case you were curious, $1,336 invested with an 8% rate of return -- the historic return rate of the stock market -- over 45 years would yield almost $600,000 upon retirement! That's a potentially big sum of money to be leaving on the table.

If there was one ray of sunshine, it's that the number of people who are contributing enough to at least get the full match from their employer improved 1% from the previous year.

Solutions to encourage saving for retirement
To be clear, an emergency fund is an important tool that all individuals and families should have, so families focused on adding to their emergency assets shouldn't necessarily have a finger wagged in their direction. However, saving for retirement is equally important, and it takes the teamwork of both the employee (to save), and the employer (to encourage saving), to reach that goal.

So how do we get there?

First off, we're seeing a defined shift on the part of many employers that are taking a genuine interest in the retirement well-being of their workers. More and more companies are instituting or upping their 401(k) matches in order to keep employees happy, loyal, and on the right path for retirement. In fact, a survey from GfK Public Affairs last summer showed that 43% of respondents would take a lower paycheck in exchange for a bigger matching retirement contribution.

Hearts & Wallets' figures notes that workers earning $48,000-$95,999 per year had a two-and-a-half times higher propensity to increase their ESRP contributions if an employer match was involved. Long story short, finding a company that genuinely cares for the well-being of its employees is often a good start to bolstering your retirement savings.

Another key tactic that employers have been using is automatic enrollment in ESRP plans. Instead of putting the onus on the worker to enroll in an ESRP, the worker is automatically enrolled, and has to take the appropriate steps to remove himself or herself from contributing with each pay period.

As the number of companies utilizing automatic enrollment has jumped from 57% to 68% between 2010 and 2014, the numbers of employers that report having a participation rate in ESRPs of 80% or higher jumped from 50% to 64% over the same period. Automatic enrollment has been an especially important component for millennials, who don't have the same retirement drive, or respond to the same retirement messages, as older investors.

Finally, formulating a working budget is important for workers of all ages, as it will help them better understand their cash flow so they can more appropriately maximize savings to their ESRP. The thing to remember about a budget is that it's allowed to change and be adjusted. Life happens -- we buy a house, have kids, or face medical expenses – and our budget should be fluid enough to adjust to whatever life throws our way. However, having a working blueprint in place before unexpected expenses arise can make it worlds easier for workers to make adjustments as needed.

No Joke: American Workers Are Leaving $24 Billion in Free Money on the Table @themotleyfool #stocks Next Article
Current