Please ensure Javascript is enabled for purposes of website accessibility
Log In Help Join The Motley Fool
Free Article Join Over 1 Million Premium Members And Get More In-Depth Stock Guidance and Research
By Dan Caplinger, Selena Maranjian, and John Maxfield - Jul 15, 2015 at 7:00AM

Annuities can be confusing and contain traps for the unwary. 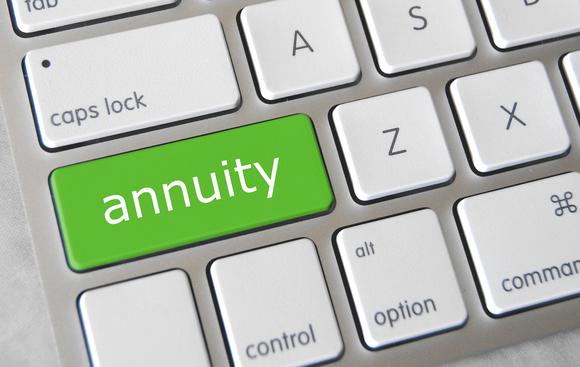 Annuities offer unique protection against the risk of living longer than your life expectancy, with terms that allow you to get dependable income throughout your lifetime. Yet annuities can be confusing, and they come with risks that buyers don't always fully understand. To make sure you know what you're getting into with an annuity contract, we turned to three of our Motley Fool personal finance experts to talk about some of the pitfalls that annuities hold. Knowing these risks, you'll be able to make a smarter decision about whether an annuity is the best answer for your financial situation.

John Maxfield: The biggest risk with annuities, and immediate annuities in particular, is simply that interest rates are unusually low. If you lock in an annuity now, it will yield significantly less than if you wait until interest rates rise.

The relationship between annuities and interest rates follows from the fact that insurance companies, and other annuity providers, typically invest the principal into fixed-income securities, such as government and corporate bonds. The interest rate on these securities takes its lead from the short-term interest rate benchmarks set by the Federal Reserve.

The point being, if you're thinking about buying an immediate annuity, it would behoove you to hold off until the Fed pulls the trigger on higher rates.

Selena Maranjian: The annuity proposition can be hard to resist, as it offers guaranteed income. But there's an asterisk (or should be one) after the word guaranteed -- because if the insurance company from which you buy your policy goes under, it may take some or all of your critical retirement income stream with it.

That's right. Insurance companies can fail, wrecking many annuity buyers' financial plans. It's a risk, but it's not one that should stop you from buying an annuity, because the risk can be managed. For one thing, you can choose your insurer carefully. Most annuity buyers will spend time finding the right policy, choosing between fixed vs. variable ones, immediate vs. deferred ones, and so on. But you also need to be sure to select insurers with strong credit ratings from credit bureaus. Look for a rating of AA- or better from Moody's or Standard & Poor's or for an A+ from A. M. Best.

Although there's no national annuity insurance, similar to the FDIC protection that bank accounts enjoy or SIPC protection for brokerage accounts, many states do offer protection. In the event of a failure, the state insurance regulators might try to move annuity accounts to other insurers, or might compensate policy holders with limited payouts. Thus, if you have a policy that you expect will pay you $500,000 over time, you might end up receiving a settlement of just, say, $300,000. It's a good idea to look into your state's policies.

A way to reduce that risk is to spread your annuity purchases across several top-rated insurers, so that you don't have too much money invested in any one. You might keep a portion of your nest egg out of annuities, too, to give yourself more flexibility. Healthy dividend-paying stocks can offer a solid income stream.

Dan Caplinger: Annuities are often billed as a great way to get exposure to the financial markets with the benefit of some guaranteed provisions that insurance companies offer annuity customers. Yet while annuities do offer some unusual protection that you can't get from other investments, it can sometimes be difficult to figure out exactly what your final total return will be on the money you pay for your annuity.

In particular, specialty products like equity-index annuities can be extremely complicated. At first glance, you might get the idea that an equity-index annuity will pay you returns that are in line with the particular stock market index referred to in the contract. Often, though, such annuities will have ceilings on returns, meaning that if the index shoots higher in a given year, you'll only participate in part of the rally. Moreover, many equity-index annuities don't give you credit for the dividends that the index component stocks pay out, which can amount to 2% or more in lost annual returns compared to simply investing in an index mutual fund.

Other types of annuities can have similar problems, especially when considering some of the additional options that tend to come with higher fees. After accounting for all the costs of an annuity, your final return might be less than you'd think, and so it's important to be aware of all the potential catches before you commit to buying an annuity.