Paying income tax is hard enough for those struggling to make ends meet. But with property taxes, even those who have no income end up having to bear their share of the overall tax burden.

Property taxes are typically imposed and collected by local tax authorities rather than state revenue departments, but property tax revenues have a big impact on the decisions that state governments make on where to apply their financial resources. Still, you can get a sense of how much of a property tax burden state residents bear by looking at the average tax paid per person. Using figures from the most recently available data from the Tax Foundation and land and home values from the Lincoln Institute, let's look at seven states that impose the highest average property taxes on their residents. 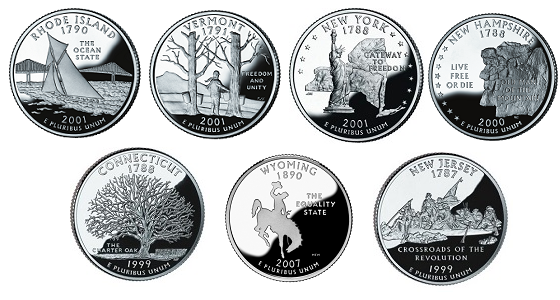 Property taxes in Rhode Island average $2,083 per person. With average home values of $241,000 just barely putting Rhode Island in the top third of the nation, high tax rates and a high density of urban land help push the state's overall property tax burden higher. Moreover, with just over 1 million people, Rhode Island doesn't have many people over which split the fixed costs of state government.

6. Vermont
In Vermont, the average property tax bill is $2,166. Vermont's land values come in just below Rhode Island's at $239,000, and the state has a much more rural character than Rhode Island's small size and coastal proximity. As with Rhode Island, Vermont's small population of around 625,000 provides only a limited base on which to tax.

5. New York
New York imposes an average of $2,280 in property taxes per person. Average home values come in at $316,000, putting the state in the top 10. Yet given the huge disparities in real-estate prices throughout the state, that burden is very unevenly spread. Rural tax rates in upstate New York can be relatively reasonable, but in New York City, you'll see tax burdens that are more in line with those of neighboring states that are dominated more by the city's metropolitan area.

4. New Hampshire
New Hampshire charges an average of $2,463 per person in property taxes. At $178,000, its average home values are very low, but the lack of a general state tax on wage and salary income contributes to the need to raise revenue elsewhere. Although New Hampshire has a 5% income tax that applies to dividends and interest income, it's not enough to keep the state from having to charge much higher rates than you'll find in many areas. A relatively small population of just 1.32 million also adds to the burden.

3. Connecticut
Connecticut residents pay an average of $2,522 per person in property taxes. High property values of $347,000 put the state in the top five of the nation, and the large proportion of real estate that's located either along the waterfront or in areas close to New York City is largely to blame for the high tax rates.

2. Wyoming
Wyoming seems like an out-of-place selection on this list, given its wide expanses of open land. But highly priced real estate in the northwestern corner of the state, combined with the smallest population of any state in the nation and extensive ranch properties statewide, help explain the average $2,633 property tax burden. In addition, with no state income tax, the state government has to collect more revenue from other sources.

1. New Jersey
New Jersey tops the 50 states with an average property tax burden of $2,819. At $343,000, its average home value is among the top five states, and despite fairly high income and sales taxes, New Jersey's fairly consistent suburban character leads to a reliance on property taxes for revenue as well.

A tax on wealth
Property taxes represent a departure from income and sales taxes, both of which require an ongoing action in order to trigger taxation. Even if you have no earnings and make no purchases subject to sales tax, simply owning real estate is enough to incur what can be a huge annual tax liability, especially in these states. That's something you have to consider in choosing where to live and buy property.