This article was updated on June 9, 2016. Here is information on 2016 long-term capital gains tax rates. 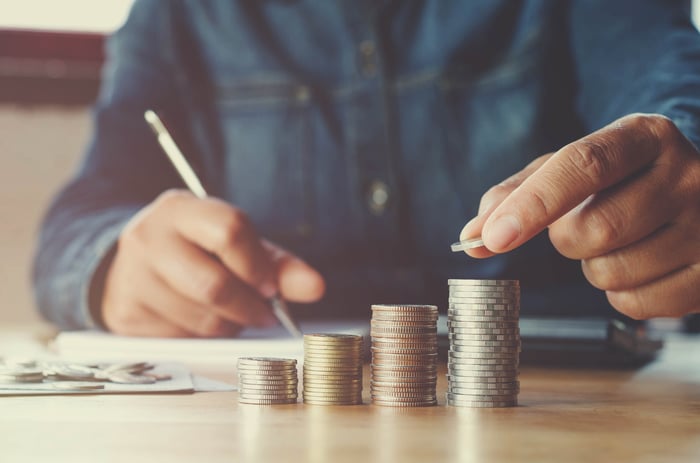 How to figure out your long-term capital gains

The first step in calculating the tax from selling an investment is figuring out how much you earned in capital gains. In general, this is pretty simple: take what you paid for the investment -- also known as your cost basis -- and then subtract that from the proceeds you received when you sold it. If the number is positive, then you have a capital gain; if it's negative, then you have a capital loss.

Occasionally, figuring your capital gain is more complicated. Sometimes, a company will pay money to you as a return of capital, which doesn't get taxed as a dividend or other type of income but which does change your cost basis. That has an impact on how much in gains you realize when you do sell. Moreover, different rules apply if you receive an investment as a gift or as an inheritance. The IRS has more details on cost basis rules and more complex situations at its website here.

Calculating the tax
Once you know the amount of the gain, you need to know the tax rates that apply. Three different rates exist on long-term capital gains, and which one is right for you depends on what tax bracket you're in:

Those rates apply to federal taxes, but if your state has an income tax, you'll probably have to add on an additional amount there. Some states, such as California, make no distinction between long-term capital gains and other types of income in imposing taxes. Others, such as Massachusetts, have much lower rates for long-term capital gains than for short-term gains. Your particular tax rate will depend on your income level and the specific brackets that your state imposes. For a good overview, check out this article on state capital gains taxes.

3 other things to keep in mind
In addition to the above, there are a few things you should remember about long-term capital gains and the taxes you have to pay on them.

Second, be aware that you only have to pay tax on the net amount of capital gains you have. So if you sell one stock at a gain and another at a loss, those two figures can balance each other out, and you'll only pay tax on the total amount of overall profit from the combination of both positions.

Finally, if you hold your assets until your death, then your heirs get an automatic step-up in cost basis. That effectively eliminates any pent-up capital gains tax liability and gives your heirs a fresh start. They'll pay taxes on any gains after your death, but for long-held winning stocks, the step-up at death is a huge tax break.

Tax planning can seem complex, but in some cases, it is. But dealing with capital gains doesn't have to be hard. Keep these simple tactics in mind, and you'll go a long way toward reducing your capital gains tax bill both for the 2015 tax year and for future years as well.