Please ensure Javascript is enabled for purposes of website accessibility
Log In Help Join The Motley Fool
Free Article Join Over 1 Million Premium Members And Get More In-Depth Stock Guidance and Research
By Dan Caplinger - Oct 21, 2017 at 7:18AM

You could face big surprises if you don't know all the facts.

One key part of the tax reform plan released by the White House and congressional Republicans involves eliminating the federal estate tax, which the plan refers to as the death tax. Estate taxes have been in the crosshairs of many lawmakers for years because many see them as an onerous form of double taxation that takes money that has already in many cases already been subject to income tax.

An advantage of eliminating the estate tax is that it allows some people to simplify their estate planning, avoiding the need for complicated strategies designed to reduce a potential tax bill to the IRS. Yet no one should be under any illusions that eliminating the death tax will make it unnecessary to do estate planning at all. There are at least three reasons why you'll still need estate planning even if tax reform successfully puts a stop to the federal estate tax. 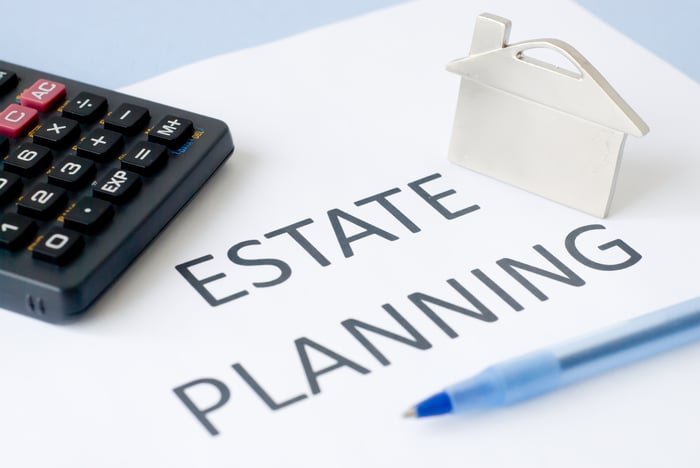 1. You want your assets to go where they're most needed

The clearest reason why you should still expect to do estate planning even in the absence of a death tax is to fulfill its primary purpose: directing the disposal of your assets after your death. It's true that in the past, the possibility of having to pay estate tax was a big motivator to get estate planning done sooner rather than later. But recent increases in the amount of money one can transfer at death without having to pay estate tax have already made potential liability a much smaller factor in estate planning.

The more complicated your family situation is, the greater the need for a smart estate plan. Protecting minor children often requires setting up trusts to ensure for the prudent financial management of their assets after your death, while those who've been married multiple times with children from different marriages need to use considerable forethought in handling estate planning in order to defuse potentially volatile situations before they arise. Not having to deal with federal estate tax can make estate planning simpler, but it doesn't get rid of the need entirely.

2. Some states will still have estate taxes

Tax reform will address federal law, but the federal government doesn't have control over how various states decide to tax their residents. The majority of states don't have an estate tax, but 14 states plus the District of Columbia do. Moreover, six states have inheritance taxes that apply to the recipients of gifts.

Among the states that have their own estate taxes, the exemption amounts are often much lower than the federal exemption of $5.49 million. New Jersey taxes estates as small as $675,000, while Massachusetts and Oregon have exemptions of just $1 million. Those limits are low enough that many more people should plan their estates with state taxes in mind.

3. The need for federal tax planning won't go away

Finally, the assumption that getting rid of the estate tax will avoid the need for families to do any tax planning is incorrect. Under current law, the trade-off that taxpayers get is that in exchange for potentially being subject to estate tax, you get a step-up in the tax basis of inherited assets. That has the effect of avoiding capital gains tax on any appreciation that the previous owner earned before death.

Although the details of the estate tax elimination provision haven't yet been made available, most similar plans in the past have called for the step-up in basis to go away as well. This would require heirs to take capital gains tax liability into account, as well as create a much more difficult burden on heirs to account for the tax basis of the deceased person from whom they received the assets.

Many will celebrate the elimination of the death tax if it gets through Congress and the White House. Yet even if the tax goes away, you still need to do basic things like writing a will or creating a trust to make sure your assets go where you want them to. If you neglect your estate planning, then you can end up causing financial and emotional pain to those you leave behind after your death.