Recent tax reform at the federal level has many taxpayers hoping that they'll be able to reduce their tax bill to the IRS for the 2018 tax year. Yet at the state level, many Americans aren't seeing the same generosity.

A few states implemented increases to their state income taxes that went into effect at the beginning of 2018. Although not all of the moves are huge, they still represent a trend that runs counter to what lawmakers in Congress have tried to accomplish at the federal level.

Hawaii has seen a lot of ups and downs in its tax rates in recent years. From 2009 to 2015, a temporary tax increase raised marginal income tax rates for residents of the state. But those increases expired at the end of 2015, and for 2016 and 2017, residents enjoyed the lower permanent rates that had prevailed before the 2009 boost. 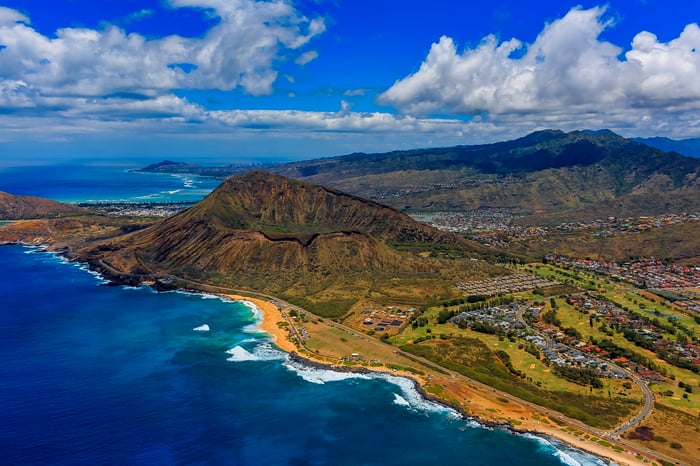 Late last year, state lawmakers decided not only to reimpose the higher rate structure from 2009 to 2015 but also to make it permanent. Most notably, the change adds three new tax brackets that take effect at income levels of $300,000, $350,000, and $400,000 for joint returns and half those levels for single filers. Rates for those brackets are 9%, 10%, and 11%, respectively, boosting the top rate from its 2017 level of 8.25%. The move puts Hawaii back in the No. 2 spot behind California for having the highest marginal tax rates in the nation.

Kansas residents had to deal with an unpleasant event in 2017, when lawmakers not only chose to increase state income tax rates in July but also elected to make those increases retroactive to the beginning of the 2017 tax year. The measure imposed immediate tax hikes, but it also called for a further increase for the 2018 tax year.

As a result, Kansans will have to deal with a rise from 2.9% to 3.1% for their lowest tax bracket, from 4.9% to 5.25% for their middle bracket, and from 5.2% to 5.7% for their highest bracket. The only relief that Kansas taxpayers got from the mid-year boost in 2017 was that they didn't have to pay underpayment penalties because of the retroactive nature of the legislation. Even so, that only went so far in appeasing the generally negative response to higher taxes within the state.

As with Kansas, Illinois taxpayers got a nasty midyear surprise in 2017, when the legislature raised income tax rates. However, the way the state implemented those rates was slightly different from what Kansas experienced.

As of the beginning of 2018, however, the full increase will be in effect. Illinois residents can therefore expect a 4.95% tax rate on their 2018 returns. State personal exemptions will also no longer be available for high-income taxpayers with income of $250,000 for single filers or $500,000 for joint filers.

Adding insult to injury, under federal tax reform, those who pay higher state income taxes might also suffer a hit at the federal level. New limits of $10,000 on total state and local income and property taxes will cause some taxpayers not to be able to claim higher state taxes as federal deductions. Given the financial pressures affecting residents of many states, Americans are all too likely to see further state income tax increases for 2019 and beyond.