Busy entrepreneur, are you one of the legions who have only a cursory grasp of the term "working capital"? The efficient use of working capital is a cornerstone of financial stability for most corporations. Let's try to demystify this all-important concept. Take a moment out of that hectic schedule to learn how you can analyze -- and optimize -- important resources in your business.

In the broadest sense, working capital is just what it sounds like: the capital a business has on hand to work with. More specifically, working capital defines the relationship between current assets and current liabilities on a company's balance sheet.

Cash, cash equivalents, and other assets that can be converted into cash in less than one year (receivables, inventory, and short-term investments, for example) form a business's current assets. Current liabilities, meanwhile, consist of obligations that must be met in one year or less. These include accounts payable and credit card liabilities, and any short-term notes due within one year.

Subtract current liabilities from current assets and you're left with working capital. From this balance, a company pays for its operating expenses, which include everything from product and service costs not already in accounts payable, to overhead items such as payroll, rent, and insurance.

For an illustration, let's review part of the financial statements of home-improvement retailer Home Depot (NYSE:HD). Specifically, we'll look at the current assets and current liabilities sections of Home Depot's balance sheet at the end of the first quarter of 2017:

Home Depot's current assets currently amount to $19.9 billion. After we net out the $16.4 billion of obligations due within one year, the corporation is left with roughly $3.5 billion to fund ongoing operations. The figures in the table don't differ greatly from what we could derive from the financials of millions of businesses -- but the numbers are a wee bit bigger.

Working capital is always generated from a snapshot in time; we've calculated Home Depot's number from its financial position on the last day of April 2017. Working capital, then, is an amount that changes each day, influenced by trends that reflect your overall business's performance.

Track it, analyze it, and act on it 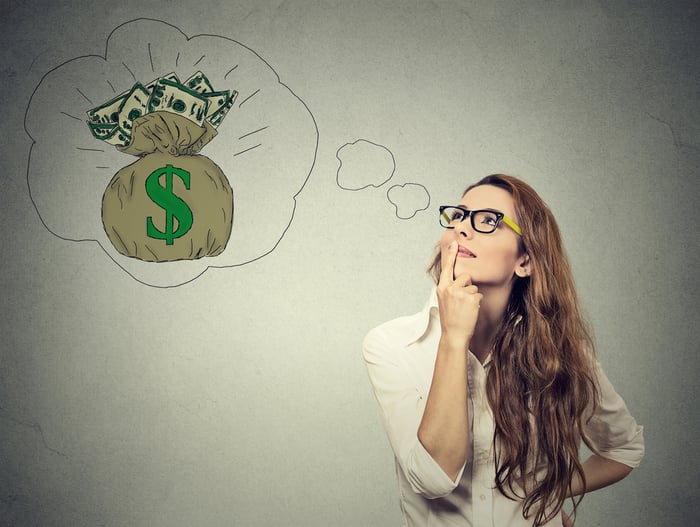 I'm a big advocate of tracking your working capital throughout the year, preferably on a monthly or even weekly basis. These days, even the humblest off-the-shelf and online accounting programs conveniently isolate the current assets and liabilities sections on a balance-sheet report. Trends in working capital reveal the true state of an organization's profit and cash flow.

As a rule of thumb, healthy businesses sport a current ratio of at least 1.0, meaning they have just enough assets on hand to meet obligations due within one year.

Hopefully, however, a corporation will maintain more than "just enough" working capital. Across most industries, keeping a current ratio above 1.0 and up to 2.0, which equates to twice as many current assets as current obligations, is generally considered healthy. Much beyond 2.0 and a corporation probably has excess cash in the bank that should be reinvested in operations.

Conversely, persistently weak working capital, shown by a current ratio that remains stubbornly below 1.0, functions as a real-time profit-and-loss signal. This calls for an investigation to determine if you need to fix profitability or simply provide for a temporary cash infusion.

This is the beauty of analyzing working capital: It can illuminate the danger zones in your business. If sales are growing rapidly and receivables are quickly collected, insufficient working capital often signals a margin problem. Either pricing needs to be adjusted, or product cost issues must be resolved. An inability to keep the current ratio above 1.0 could also indicate excess overhead, as bloated salaries or other expenses drag down healthy gross profit.

Sometimes a cash crunch resulting from rapid growth is the culprit behind a poor current ratio. In this case, consider opening lines of credit that use inventory or receivables as collateral, to smooth over timing differences between sales and collections.

By the way, you'll often hear that tapping credit lines "increases" working capital. Technically, this is wrong. If a company borrows $100,000 on a business line of credit, it's increased cash by $100,000, but it's also bumped current liabilities up by $100,000, so working capital hasn't changed at all.

Alternatively, a business that signs on to a long-term bank loan and adds the proceeds to its cash coffers has indeed increased its working capital balance, since the loan is a non-current obligation.

In summary, try to become familiar with your working capital balance and its trend on an ongoing basis. Understand what either strength or deterioration in the current ratio may be pointing to, and then act on it. The effort you put in can provide financial stability and could result in significant dollars on your enterprise's bottom line.