Please ensure Javascript is enabled for purposes of website accessibility
Log In Help Join The Motley Fool
Free Article Join Over 1 Million Premium Members And Get More In-Depth Stock Guidance and Research
By Keith Speights - Jun 4, 2017 at 9:43AM

How can you manage your time more effectively? Here are seven ways from CEOs of successful companies.

The Rolling Stones had it wrong. Time isn't on our side.

Every person, regardless of age or occupation, battles the clock. For many of us, there simply doesn't seem to be enough time in each day to accomplish what we need to do. But some manage time more effectively than others. 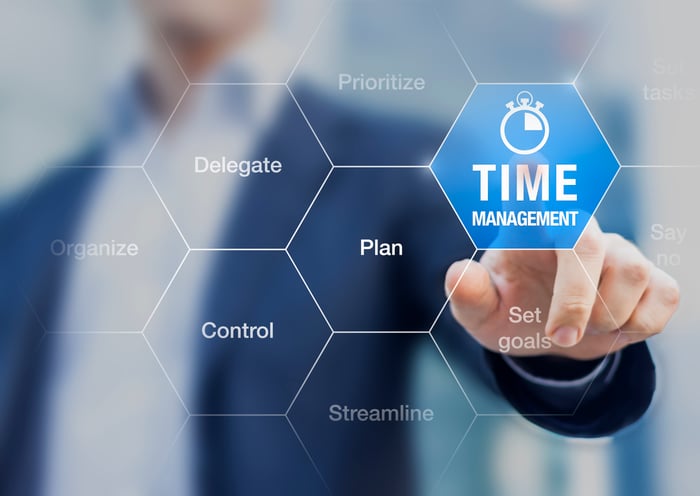 1. Start early in the morning

Jeff Immelt has been with General Electric since 1982, and took the reins from previous CEO Jack Welch in 2001. Immelt has a tough job running one of the largest conglomerates with operations spanning the world. One way he squeezes the most out of every day is by starting early: Immelt is up at 5:30 each morning. In 2005, he told Fortune magazine that "there are 24 hours in a day, and you can use all of them."

2. Find a balance between short-term and long-term

Indra Nooyi joined PepsiCo in 1994 and was named the CEO of the multinational food and beverage company in 2006. Like GE's Jeff Immelt, Nooyi is also an early bird. She wakes up around 4 a.m. and is usually at work by 7 a.m. One of Nooyi's approaches to managing PepsiCo can also be applied to personal time management: Balance your short-term objectives with your long-term goals. You need to look at the things that pay off in the short run, and balance your time on those items with others that have longer-term returns.

3. Give each day a theme

Jack Dorsey really has to be smart at managing his time. He's the CEO and co-founder of social-media company Twitter and payment-processing specialist Square. How does Dorsey run two major companies simultaneously? One way he does it is by giving each day a theme. Dorsey focuses on a different primary area each day of the week. For example, Mondays might be for general management functions, while Tuesdays could be focused on product development, and so on.

Pat Gelsinger became CEO of VMWare in 2012 after a successful career serving in executive roles with several other technology companies. He told the Wall Street Journal in 2014 that he color-codes every minute of his day on his schedule. Different colors are used for different activities, such as turquoise for meetings with customers and yellow for strategy review. Gelsinger has an intern later analyze how his use of time compares with studies that have been done on executive time management. 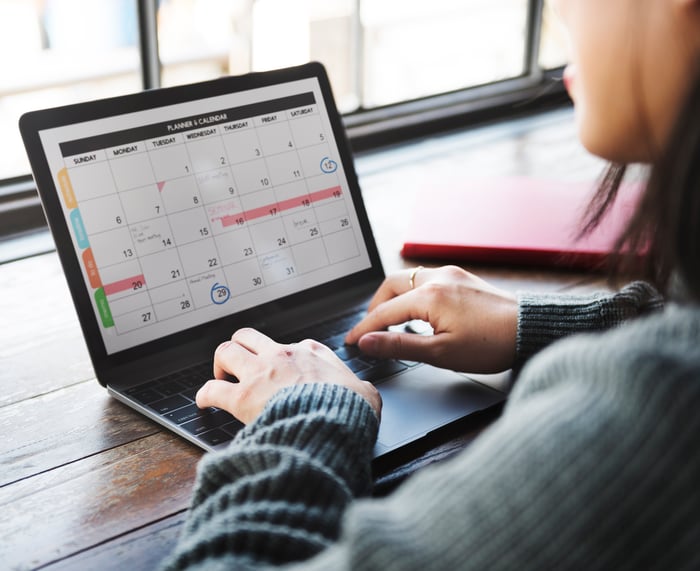 While Jamie Dimon is CEO of JPMorgan Chase, Mary Callahan Erdoes is the highly successful CEO of the company's asset-management business. As the leader of one of the largest asset-management companies in the world, Erdoes finds time is crucial. She told CNBC that "calendar management is the single biggest thing" in managing time. Erdoes said that you have to be "maniacally focused on owning your calendar, on having the lists of what you need from other people and what other people need from you." She stated that if you don't own your calendar, it will wind up owning you.

6. Carve out time to think

LinkedIn CEO Jeff Weiner led the professional social-network company to sell out to Microsoft last year. However, Weiner still serves as CEO of LinkedIn. And he's probably still applying the time-management tip he gave to The Wall Street Journal five years ago: "carving out time to think." Weiner's advice was to not be constantly reacting to things, instead focusing some time on proactive, strategic thinking.

7. Always focus on your business

Warren Buffett said recently that Amazon CEO Jeff Bezos is "the most remarkable businessperson of our age." That's high praise coming from one of the most successful businesspeople of the last century. Bezos employs several methods for managing his time effectively. One of the most important is to always focus on the business: Bezos brainstorms ideas for Amazon during his commute to work, and on airplanes. In his view, every moment of the day can be productive.