When it comes to getting hired, sometimes one wrong move can keep you from even getting an interview.

Sometimes you know a movie won't be very good just from seeing the trailer.

Perhaps the jokes fall flat, maybe the premise involves old people pulling a bank heist, or possibly the stars involved set off immediate warnings in your brain. Whatever the reason, just seeing the trailer lets you know whether it's one you pay to see in theater, a movie to watch at home, or a film you wouldn't see if the premiere was held in your living room.

Consider your resume the trailer for your career. It serves as your introduction to the hiring manager, or the person who will ultimately decide whether you make it through the interview stages. Do everything right and it does not guarantee success, but pull the resume equivalent of pairing Pauly Shore and Rebel Wilson as buddy cops, and you're likely to limit your potential hiring audience. 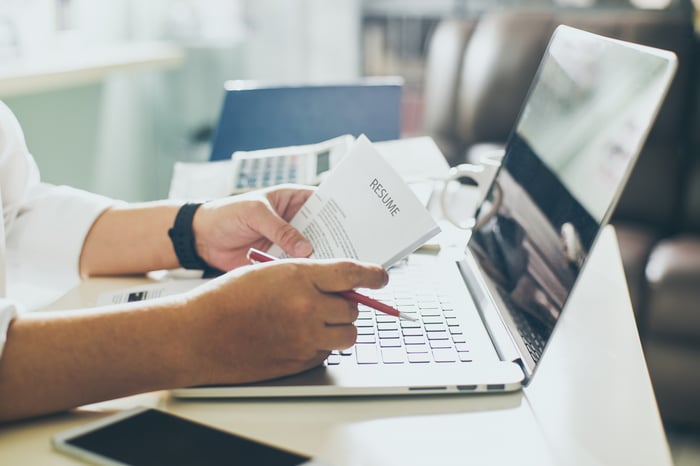 Sometimes making a common resume blunder can keep you from getting hired. Image source: Getty Images.

There are professions, like education, where resumes have specific formats. In some fields, for example, it's acceptable to group past jobs by type, not the order in which you held them. In others you will not only need to go in calendar order, you will also need to explain any gaps in employment history.

It's always smart to have someone who works in the field you are applying for jobs in go over your resume. That's true even if you have been working in the field, but have not been on the market for a while. Sometimes standards change, and if you weren't looking for work there's no reason you would know what the new normal is.

2. Don't have only one resume

Just like you should modify your cover letter for every job you apply for, you should tweak your resume. In some cases you should make changes based on the different jobs you apply for. In others it's important to make tweaks based on what's listed in the job ad. For example, many people no longer list standard computer skills, like knowing how to use Word or Excel on their resume. But if the ad specifically asks for that knowledge, you should make it clear you possess it.

You would probably be amazed by how many people blow their chance at getting an interview by having something completely unprofessional on their resume. The most common example of this may be having an email that may be funny for their friends, but not so great for the person hiring.

If your personal email is [email protected], that email should not be the one you use on your resume. Stick with a variation of your first name and last name, with at most a number (not a risque number) modifying it.

This same advice applies to your entire resume. Again, you may be proud of winning the fraternity drinking contest or being voted "most likely to end up in prison," but those are accolades best kept off your resume.

In general putting an objective on a resume is a bad idea, but if it's common practice in the field you're looking for work in, be careful. If you're applying for an entry level position it's OK to say you're "hoping to get your foot in the door to learn the industry." It's not OK to confess that your hopes and dreams lie somewhere else entirely.

There was a time pre-internet when it was at least somewhat difficult for companies to verify what your resume claimed. Now, even a simple social media search could expose any lies, even small ones, you put on your resume.

In the current, nothing-is-secret-age lying will be discovered. Even little deceptions like claiming you were a manager at a job where you never rose past assistant manager run the risk of being found out. Maybe you acted as the manager and maybe you deserved the title, but if you did not actually have it, don't claim it on your resume because you will almost certainly get caught.